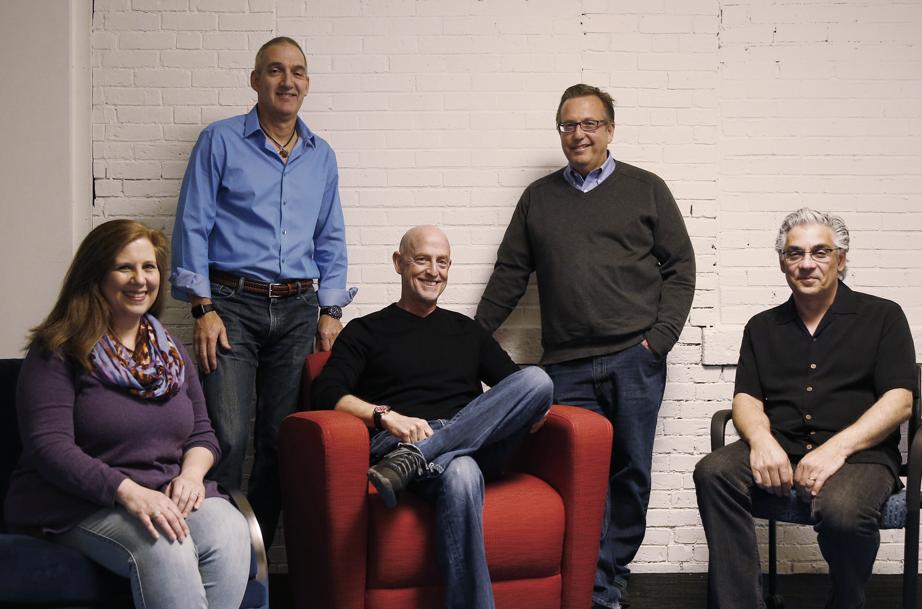 Earlier in his career, Paul Bolno worked with neuroscientists at drug giant GlaxoSmithKline PLC. Today, as chief executive of Wave Life Sciences Ltd., he is leading the Cambridge biotech’s effort to advance two experimental drugs that could become the first treatments for the progressive brain disorder Huntington’s disease.

Bolno’s move from Big Pharma to biotech reflects a broader transition at businesses working on medicines for neurological diseases. As more than 10,000 doctors and scientists converge on Boston this week for the annual convention of the American Academy of Neurology, much of the field’s progress is being made inside smaller entrepreneurial companies.

“The biotechs are moving the science forward,’’ said Bolno, whose company last week closed on a $150 million financing round and will open a Lexington plant this summer to make drugs for clinical trials. “There was a mass exodus of pharma companies from the neurological space, and that created an opportunity for companies like ours. The large companies are now on the sidelines trying to get back in.’’

With new neurodegenerative treatments finally emerging after more than a decade during which there wasn’t much innovation going on, a cluster of local biotechs — including Wave, Sarepta Therapeutics Inc., Sage Therapeutics Inc., Voyager Therapeutics Inc., and Yumanity Therapeutics Inc. — is attracting investment money, making the Boston area a growing hub for drug development in the field. They are working on some of the most intractable diseases of the brain and nervous system, including Alzheimer’s, Parkinson’s, and Huntington’s.

“Neurology is the new oncology,’’ said Alfred Sandrock, chief medical officer at Biogen Inc. of Cambridge, referring to the cancer research field that has long commanded the biopharma spotlight. “People are getting interested in neurology as the next frontier.’’

Sage chief executive Jeff Jonas, whose company has a drug being tested in late-stage trials to treat postpartum depression and a type of epilepsy, said some in the industry initially asked him whether a small biotech could tackle central nervous system disorders.

“I fundamentally believe that biotechs are ideally situated to do this kind of innovation,’’ said ­Jonas, who noted that five-year-old Sage has grown from 14 to about 180 employees attracted by its work on multiple drug candidates. “Following Big Pharma has not been a recipe for success.’’

Biogen, one of the larger players in the burgeoning field, has built the world’s leading portfolio of multiple sclerosis medicines. Late last year, it won US approval for Spinraza, the first drug to treat spinal muscular atrophy. Three months earlier, Sarepta got the nod from the Food and Drug Administration for Exondys 51, the first treatment for Duchenne muscular dystrophy.

“Companies now see a path for [drug] approval, so there’s a lot of investment in the field,’’ Sarepta chief executive Edward Kaye said. His company will make presentations on its drug at the Boston neurology meeting.

But focusing on brain, nervous system, and muscular disorders remains a risky business with a high rate of attrition. While some diseases have been linked to specific genetic mutations, scientists are still puzzling over the underlying causes of others. Hundreds of research programs aimed at developing treatments for Alzheimer’s disease, considered a holy grail in the neurology field, have failed over the last several decades.

In clinical data reported last year, Biogen’s experimental compound abucanumab appeared to slow progression of the memory-wasting neurodegenerative disorder, which afflicts an estimated 47 million people worldwide. Earlier this month, Biogen licensed another experimental drug from Bristol-Myers Squibb Co. that fights Alzheimer’s in a different way. Other companies, including some in Massachusetts, are also working on Alzheimer’s treatments.

“We see light at the end of the tunnel,’’ said Martin Tolar, chief executive of Alzheon Inc., a Framingham biotech that wants to develop a pill that could prevent toxic proteins known as oligomers from forming clumps in the brain. “Alzheimer’s research is getting to the point where we will start to see treatments some time in the next few years.’’

Excitement has been building in the neuroscience field, said Michelle Hoffmann, senior vice president at Back Bay Life Science Advisors in Boston. “These are diseases with extremely high unmet medical need,’’ she said. “You’re seeing a better understanding of the biological basis of these diseases, and people are chipping away. The large companies weren’t able to crack it open, but the smaller companies and venture funds [backing them] are keeping the flame alive.’’

The recent progress raises hope that new therapies can emerge for other devastating neurological diseases like Parkinson’s, and amyotrophic lateral sclerosis, known as Lou Gehrig’s disease, which currently have no treatments. But over the past five years, big players like GlaxoSmithKline, Pfizer Inc., Novartis AG, and AstraZeneca PLC, stung by setbacks and long development cycles, have scaled back their research into brain disorders. While they have shut down or jettisoned many programs, they continue to monitor the biotechs, standing ready to form partnerships on promising research.

At this week’s neurology gathering at the Boston Convention and Exhibition Center, professionals in the field will discuss everything from deploying monoclonal antibody therapies for migraine prevention to using medical marijuana to treat epileptic seizures. Among the scientific approaches that will be highlighted in clinical data presentations will be exon skipping, a way to program cells to skip over disease-causing genetic code, and therapies that can correct defective genes involved in neuromuscular disorders.

“We are gaining momentum in a new generation of gene therapies that are safer and more targeted,’’ said Dr. Natalia Rost, a stroke neurologist at Massachusetts General Hospital and incoming chairwoman of the neurology academy’s science committee.

She cited an experimental gene therapy treatment developed by Cambridge-based Bluebird Bio to treat cerebral adrenoleukodystrophy, a potentially fatal nerve disease, and another by AveXis Inc. of Bannockburn, Ill., to treat the most severe form of spinal muscular atrophy.

Many of these experimental drugs are still years away from widespread use. But for scientists long starving for progress, the innovative approaches are reason for optimism.

“The brain is an extremely complex organ, and it’s constantly changing,’’ Hoffmann said. “So to understand what goes wrong, it’s an order of complexity greater than other organs.’’

PREVIOUS ARTICLE
Article 76 of 216
NEXT ARTICLE