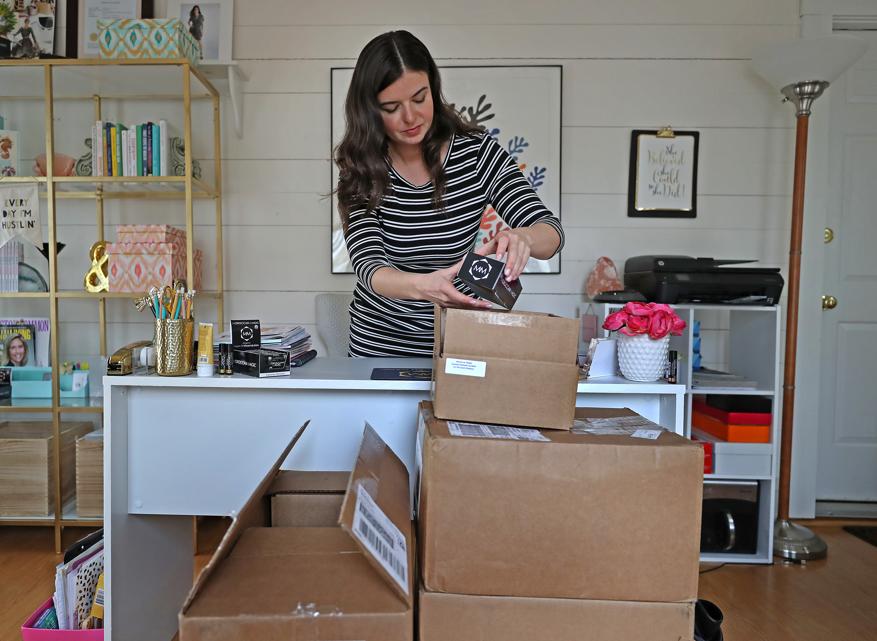 Kristina Tsipouras doesn’t sit still for long. She started out as a wedding planner, then founded a Greek iced tea company. Two years ago, she launched the Boston Business Women networking group and started a line of organic lip balms, which was just picked up by CVS. She also recently self-published the appropriately titled “Busy Girl’s Guide to Happiness.’’ Did we mention she’s only 32? Tsipouras recently spoke with reporter Katie Johnston about her serial entrepreneur tendencies, Apple cofounder Steve Wozniak’s lip balm needs, and how she got the chief executive of the bathroom spray Poo-Pourri to be her mentor.

“All my parents’ friends were doctors and lawyers, and I grew up with the kid whose dad owns New Balance. My parents dropped me off in the Lorraine Village Cleaners truck, and I got the spanakopita for lunch. I definitely relate very much to the ‘My Big Fat Greek Wedding’ life.’’

2After burning out as a wedding planner at the age of 25, Tsipouras spent a summer in Greece and drank a lot of the local tea, called tuvunu. She came back to Boston to launch the Greek iced tea company Zoos. It was going well, selling at stores such as Wegman’s, until she brought in a business partner and the board forced Tsipouras out.

“They say that entrepreneurs — what is it? — they build a parachute on the way down after they jump out of the plane. That was kind of my first experience. I heard a lot the term ‘fail fast, fail forward.’ My parents worked so hard to give me a good life. [I decided], ‘I’m not going to let this stop me.’ ’’

3Feeling a need for connection with her fellow female entrepreneurs, in 2015 Tsipouras started a Facebook networking and support group called Boston Business Women. It now has more than 8,700 members from all backgrounds and industries.

“For entrepreneurs, there’s a lot of emotions that you go through. It’s very hard. And you’re so forced to be in the ‘fake it till you make it’ mode that you kind of lose yourself in that. I just wanted to connect on a deeper level with someone going through the same thing as me, someone who could relate. And it’s very lonely. I felt like I was going into these events, putting on my name tag, shaking hands with people, but I wanted something more than that.’’

4Boston Business Women is holding its second annual conference May 17. There is no Arianna Huffington-level celebrity this year, but there is Suzy Batiz, who overcame an abusive marriage and two bankruptcies to form Poo-Pourri, a $300 million bathroom spray company with unusually explicit advertising.

“I’m fascinated by her brand. She’s everywhere. She’s in Walmart, Bed Bath & Beyond, Target, everywhere. So I called her assistant and said, ‘Is she open to mentoring?’ and she said, ‘You know what, no one’s ever asked that before, but that’s a really good question.’ So she got on a two-hour Skype call with me and has taken me under her wing.’’

Tsipouras says she is meeting with another big national retailer soon.

“We’re getting crazy feedback. Steve Wozniak, the cofounder of Apple, just tweeted about us. He placed a huge order on our website. I woke up in the morning to a few hundred online orders. So, weird, magical things are happening.’’

PREVIOUS ARTICLE
Article 73 of 216
NEXT ARTICLE