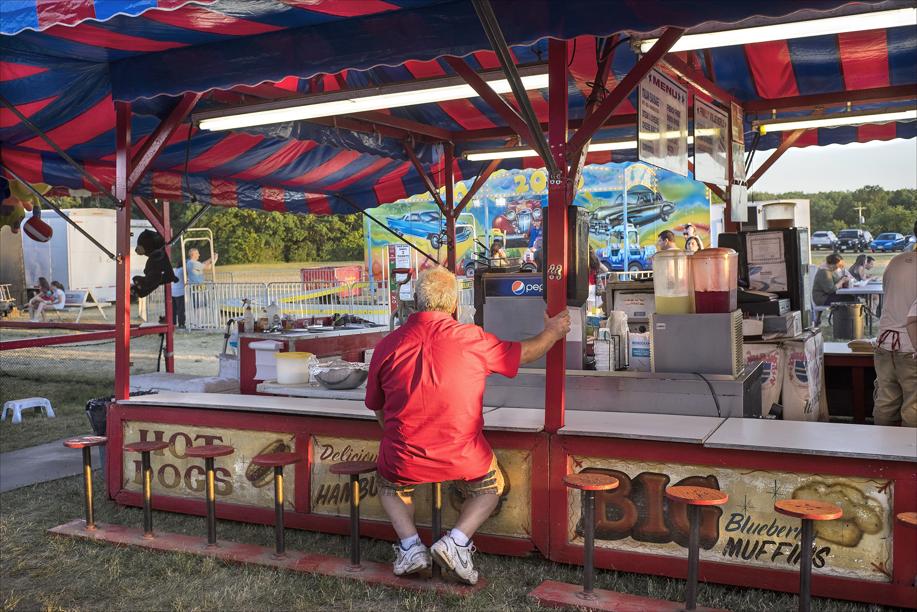 COUNTRY 102.5 STREET PARTY Summer’s boot-scooting kickoff is topped by Cam, whose other-woman apologia “Diane’’ is a gently propulsive rave-up that shows off her bell-clear voice and humanistic outlook (“All those nights that he’s given to me/I wish that I could give them back to you,’’ she sings). With tradition-minded outfit LANCO and genre-melding upstart Kane Brown. June 3, 12:30 p.m. $29.50. House of Blues, Boston. 888-693-2583, www.houseofblues.com/boston

LEDISI The versatile belter, whose 2017 album “Let Love Rule’’ examines its titular emotion in all its forms, heads up a stacked bill of R&B that also includes simmering singer-songwriter Tweet and shape-shifting artisan Melanie Fiona. June 4, 8 p.m. $35 and up. Wilbur Theatre. 617-248-9700, www.thewilbur.com

TOP DAWG ENTERTAINMENT: THE CHAMPIONSHIP TOUR In the 11-ish months since his last Boston-area appearance, headliner Kendrick Lamar has added a new nickname to his arsenal: “Pulitzer Kenny,’’ so earned because of his 2017 epoch “DAMN.’’ snapping up the prize of the same name earlier this spring. The tour he’s leading is packed with artists from his label Top Dawg, although R&B thrush SZA was off its lineup at press time because of swollen vocal cords. June 5, 7:30 p.m. $35 and up. Xfinity Center, Mansfield. 800-745-3000, www.livenation.com

HORSE FEATHERS A soul song powered by banjo? “The Hex’’ is only one indicator of the distinctive, left-turn country soul with which the Horse Feathers’ marvelous new record, “Appreciation,’’ is shot through. It turns out that the endemic plead in singer/mainstay Justin Ringle’s voice is made for this music. June 8, 9 p.m. $20. The Sinclair, Cambridge. 888-929-7849, www.axs.com

BONNIE “PRINCE’’ BILLY Will Oldham has been on a covers kick in his Bonnie guise lately: Last year he released an album of his takes on Merle Haggard songs, and he’s followed that up with “Wolf of the Cosmos,’’ a reprise of not just songs, but an entire album, by Norwegian artist Susanna Wallumrod. Drag City labelmate Six Organs of Admittance opens. June 9, 8 p.m. $25-$35. Wilbur Theatre. 800-745-3000, www.ticketmaster.com

NORA JANE STRUTHERS Barely off of “Champion,’’ an album of frank depictions of the ups-and-downs she discovered in newly married life, country singer-songwriter Struthers is already releasing (one track at a time via her patronage site) a new album of harmony duets she’s recorded with her father, Alan. She performs with her band, the Party Line; Ian Fitzgerald opens. June 9, 8 p.m. $12. Riverwalk Café, Nashua, N.H. 603-578-0200, www.riverwalknashua.com

BOSTON POPS The spring Pops season features another big tribute to Leonard Bernstein. Coming up: Keith Lockhart conducts a concert performance of “West Side Story,’’ with a cast of Broadway singers headed by Ali Ewoldt as Maria and Ross Lekites as Tony. June 15-16, Symphony Hall. 617-266-1200, www.bso.org

THE WIZ A rousing and exuberant production that delivers a dose of irreverent fun — some of it at the expense of its fabled progenitor, “The Wizard of Oz’’ — while tapping into the qualities that have given “The Wiz’’ itself an enduring appeal. Directed with elan and a New Orleans flavor by Dawn M. Simmons, and featuring buoyantly propulsive choreography by Jean Appolon, with a vibrant cast that includes Davron S. Monroe as the Wiz and Salome Smith as Dorothy. Through July 1. Lyric Stage Company of Boston. 617-585-5678, www.lyricstage.com

MAME The Broadway revival of “Hello, Dolly!’’ has furnished a reminder, not that one was really needed, of how much heart and wit composer-lyricist Jerry Herman can pack into a score. For “Mame,’’ Herman put his songwriting skills in the service of another ebullient, larger-than-life female protagonist: bohemian and iconoclast Mame Dennis. After Mame finds herself with the responsibility of caring for her orphaned young nephew, the lad is thrust into a new world of adventure. Featuring Paige Davis as Mame and Ellen Harvey as Vera Charles, who joins Mame in the immortal duet “Bosom Buddies.’’ Directed by Charles Repole, with choreography by Michael Lichtefeld. June 5-17. North Shore Music Theatre, Beverly. 978-232-7200, www.nsmt.org

THE ROYAL FAMILY OF BROADWAY Composer-lyricist William Finn and librettist Rachel Shein­­kin, the pair behind an endearing little piece of magic called “The 25th Annual Putnam County Spelling Bee,’’ team up for a musical based on a 1927 comedy by George S. Kaufman and Edna Ferber and an adaptation by Richard Greenberg. It’s about an acting clan (inspired by the Barrymores) who are jolted when one of them declares her intentions to marry someone from (gasp!) outside the theater world. Featuring Harriet Harris and Will Swenson, the world premiere is directed by John Rando and choreographed by Joshua Bergasse, the duo who gave us Barrington Stage Company’s marvelous revivals of “The Pirates of Penzance’’ (which starred Swenson) and “On the Town.’’ June 7-July 7. Barrington Stage Company. At Boyd-Quinson Mainstage, Pittsfield. 413-236-8888, www.barringtonstageco.org

DANCE FOR WORLD COMMUNITY FESTIVAL More than 90 companies spread over five stages bring terpsichorean delight to Harvard Square with a day of performances and introductory dance classes (noon to 6 p.m.) followed by a dance party (6-8 p.m.). José Mateo Ballet Theatre’s festival, centered around the organization’s home base at Old Cambridge Baptist Church, is in its 10th year of creating connections between dance and social activism, with film showings in the days preceding. June 9. Free. Old Cambridge Baptist Church, Cambridge. 617-354-7467, www.ballettheatre.org

WOMEN IN WWII: ON THE HOME FRONTS AND THE BATTLEFRONTS Women were pulled into action to support war efforts in Allied and Axis countries. Here in the Commonwealth, Ansel Adams photographed trainings of the Massachusetts Women’s Defense Corps.Through Oct. 7. International Museum of World War II, 8 Mercer Road, Natick. 508-651-1944, www.museumofworldwarii.org

JONO ZALAY Zalay’s humor is informed by his academic career — he holds a doctorate in neuroscience from Boston University. “It should actually be, ‘You are the wind above my wings,’’’ he notes. Hosted by Sam Ike and Anjan Biswas, with Josh Day. June 4, 8:30 p.m. Free. CitySide, 1960 Beacon St., Boston. 617-566-1002, www.citysidebar.com

Teddy Bear Picnic Every bear that ever was will gather at the Stevens-Coolidge Place because summer is the perfect time for a Teddy Bear Picnic. Have your kids bring their furry companions for a day of activities, snacks, and storytime, and Andover Bear Company will be in attendance to help with all things stuffed and fluffy. June 3, 1-3 p.m. The Stevens-Coolidge Place, 137 Andover St., North Andover. Members $5, Non-members $10. Adults free. www.thetrustees.org

Movies at the Lawn: “Jurassic Park’’ You’ll be able to spare every expense with this screening of the classic 1993 film, which will play on the Lawn on D for free. Enjoy food, drinks, Jeff Goldblum all in one place, and with the new “Jurassic World’’ sequel around the corner, there’s no better time to revisit the one that started it all. June 7, 8-10 p.m. Free. The Lawn On D, 420 D St. www.signatureboston.com

Watson Adventures’ Wizard School Scavenger Hunt Something magical is coming to the MFA, which means it’s a perfect time for “Harry Potter’’ fans to visit and explore for themselves. Be part of a scavenger team as you search for dragons, owls, and Hagrid-looking giants scattered throughout the museum. June 9, 1-3 p.m. $21.50-$34.50; includes museum admission. Museum of Fine Arts, 465 Huntington Ave. www.watsonadventures.com

June 23 The English Beat at the Sinclair www.axs.com

PREVIOUS ARTICLE
Article 114 of 210
NEXT ARTICLE