What makes this the hottest class at MIT?
PREVIOUS IMAGE 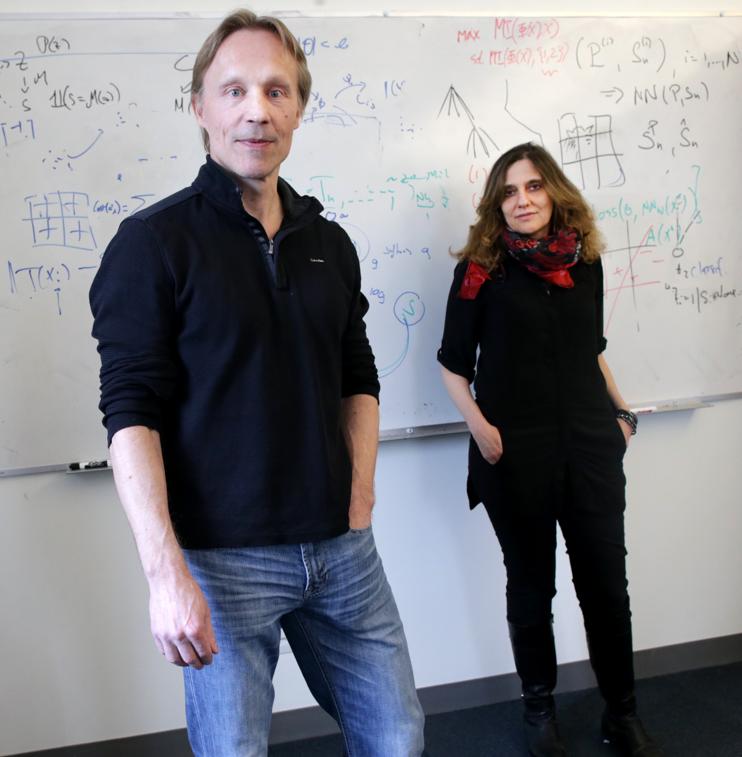 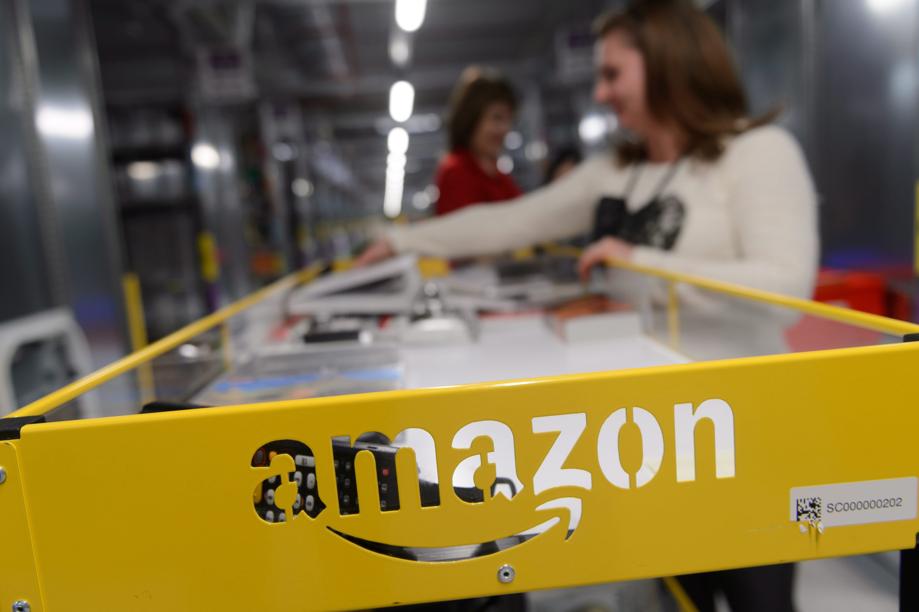 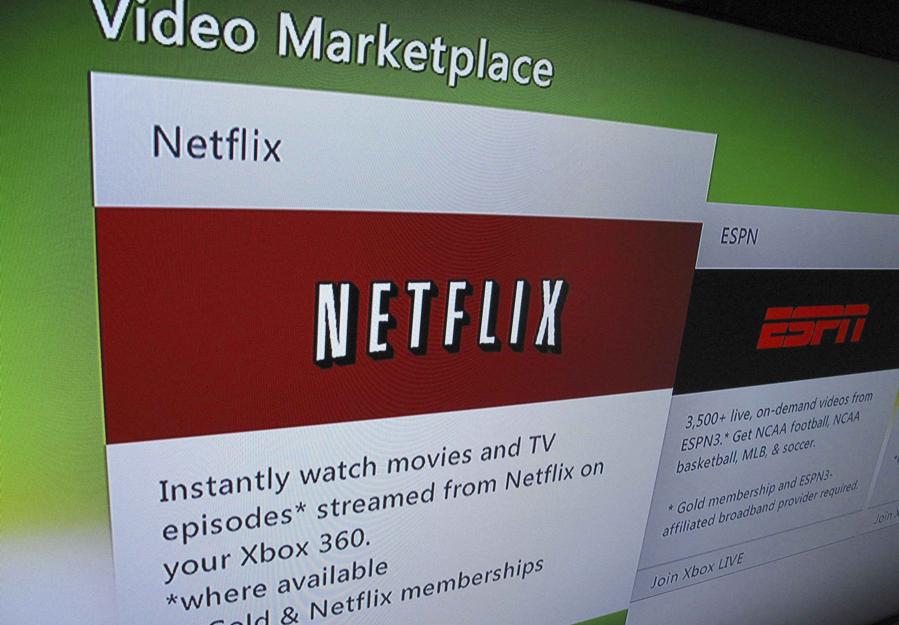 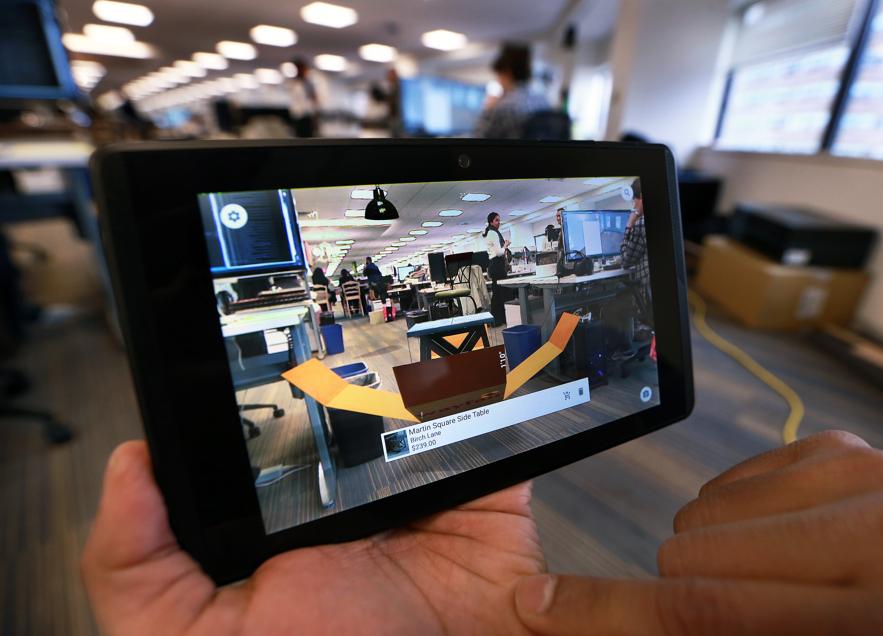 If you’ve ever shopped at Amazon or let Netflix suggest a show to watch based on what you’ve enjoyed in the past, you’ve taken advantage of machine learning, the topic of a popular MIT course. At Wayfair (right), the Boston-based seller of home furnishings, machine learning is used to help the company send e-mails about a particular promotion to those most likely to make a purchase. (Jim Davis/Globe Staff/File 2016)
By Scott Kirsner
Globe Correspondent

MIT loves numbers, so let me drop a few to illustrate the popularity of a course called 6.036.

It is overseen by four instructors and 15 teaching assistants.

But this semester, about 700 students signed up for the course — also known as Introduction to Machine Learning — according to Tommi Jaakkola, the computer science professor who created it. So at the first lecture, more than 100 students watched on a video screen in an overflow room.

Not enough students voluntarily dropped the course, so Jaakkola came up with some “preliminary homework’’ to weed more out, by giving them a sense of the level of linear algebra and probability that’d be required of them.

Why is something called “machine learning’’ so hot? And what is it? I dropped by Building 32 (also known as the Computer Science and Artificial Intelligence Lab) last week to find out.

Machine learning, first off, isn’t about building smarter robots for the factory floor, or harvesters that work the farm more efficiently. The machine we’re talking about here usually is a computer. It’s ingesting a set of data, analyzing it, and identifying patterns. That might entail examining thousands of paintings to categorize some as Cubist and others as Impressionist, or looking at millions of mammograms to separate worrisome spots that lead to cancer from those that don’t.

Radiology today, notes Regina Barzilay, another of the professors who teaches the course, is largely based on an individual radiologist’s experience. With software, she says, “You can make the machine learn about the properties of a breast that will develop cancer versus one that won’t.’’

If you’ve ever shopped at Amazon, relied on Google Translate, or let Netflix suggest a show to watch based on what you’ve enjoyed in the past, you’ve taken advantage of machine learning. In Amazon’s case, software looks at what you’ve bought in the past, what you’ve browsed on the site — as well as other factors — to put products on the page that are most likely to tempt you to click “buy.’’

It’s a field that is advancing quickly. “For a while, I would select an article from an Israeli newspaper and use Google to translate it,’’ says Barzilay, a native Hebrew speaker. “Every year it became better. Now, it’s almost like turning on electricity. It does a great job. This happened within the last 10 years.’’ Building software to decipher lost languages is one of Barzilay’s big interests in computer science; a replica of the Rosetta Stone rests on the windowsill of her office.

Intro to Machine Learning involves three projects, which “connect the more theoretical, algorithmic stuff students are learning to actual data and problems,’’ Jaakkola says. For instance, that can entail looking at a set of movie reviews and writing software to sort the raves from the pans.

But the techniques learned in the course can also be applied to higher purposes, like predicting whether a molecule being designed by a chemist on the hunt for a disease cure will prove toxic to humans, says Connor Coley, a graduate student at MIT who took the machine learning course.

When you don’t have to focus as much on the issues of toxicity, or whether the molecule you’re designing can be manufactured, that lets you spend more time focusing on the end goal, Coley explains.

One reason that Intro to Machine Learning is so popular in 2017 is that there are so many companies recruiting for employees or interns who understand it. In Boston, companies like Facebook, Amazon, TripAdvisor, Spotify, and the chipmaker ARM are hiring people with machine learning skills.

“There’s a crazy demand for it right now,’’ says Kat Bailey, an engineering executive at Acquia, a Boston company that makes digital publishing software. “There are more and more people coming out of school with some kind of training, but the demand is not being met.’’ For Acquia, machine learning might be used to automatically put a blog post into a particular category on a website, or connect it with posts on similar topics.

At Wayfair, the Boston-based seller of home furnishings, machine learning is used to help the company send e-mails about a particular promotion — on patio furniture, for example — to those most likely to make a purchase. To attract future and recent graduates, Wayfair has been hosting university visits to its Back Bay offices, as well as evening talks focused on analytics and data. (One gathering that Bailey has hosted at Acquia is called the Boston Bayesians, for people interested in the use of Bayesian statistics in machine learning — among other things.)

Wayfair analytics director Dave Drollette says the company has also been participating in curriculum advisory boards at local universities “so they know the kinds of roles they should be prepping their students for.’’

While there are plenty of jobs for people who grok, or intuitively understand, machine learning, what about jobs held by people who, for instance, evaluate X-rays all day or scour legal documents? Machine learning does hold the potential to render large swaths of knowledge work obsolete.

Jaakkola and Barzilay are optimists. “I don’t believe we should be crying about the time when more people were digging ditches manually,’’ Barzilay says. “Now that we have excavators, it enables people to do more exciting things.’’ Jaakkola acknowledges that machine learning and artificial intelligence will have an effect on existing jobs “that are easily automatable,’’ but that the twin technologies will also have benefits that we don’t yet understand. For instance, he says, “you can have a blind person who can be told what is around them automatically,’’ without needing a guide or seeing-eye dog.

“Don’t worry,’’ Barzilay tells me, “we’re not even close to having machines writing stories.’’ Sure, there’s already software that can package up a company’s quarterly earnings report into something readable, but they can’t craft “a beautiful Boston Globe story.’’

I hope she is right because I couldn’t answer a single one of the questions included in the preliminary homework.

PREVIOUS ARTICLE
Article 76 of 215
NEXT ARTICLE