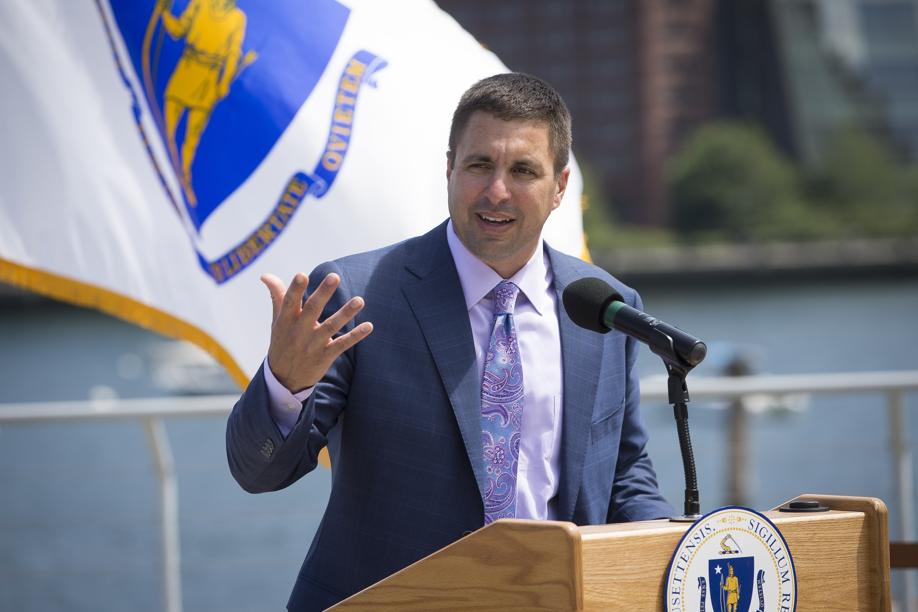 West Station could soon be back on track. The roughly $100 million project, proposed for the old rail yard in Allston, was at risk of being not being built until 2040 — after the state had finished a massive realignment of the turnpike through the area.

The state Department of Transportation put forward that date last fall. Transit advocates booed. Neighbors complained. West Station was supposed to be just a few years away, they said, not decades. They want at least an interim station, ASAP, in part to promote development of the area.

Now, another arm of the Baker administration is pushing for speedier improvements. Energy and environmental affairs secretary Matt Beaton posed strong words in a Feb. 16 directive, seeking answers about improving transit options for that part of Boston sooner rather than later.

Among other things, Beaton questioned MassDOT’s surprisingly low ridership estimate for the station, which would be built along the Framingham/Worcester line. Citing the popularity of the nearby Boston Landing train station, Beaton asked MassDOT to do a revised analysis, for two different opening dates — 2025 and 2040.

He also prodded the agency to consider building a more limited transit option sooner, until demand exists for a full-service station. One interim possibility: a temporary bus-only hub, until the train station is ready. Beaton also questions MassDOT’s plans for parking trains in the space where West Station would eventually go.

As a result, a MassDOT spokeswoman said her agency plans to conduct additional analyses of bus service and ridership demand there, as well as a thorough review of different land-use scenarios for the area and accompanying transit investments.

Harvard and Boston University, with the site at their doorsteps, don’t want to wait two decades. Harvard, which is looking to develop more than 130 acres in that area, has agreed to pay up to $8 million toward an interim station, and $50 million for a permanent one. BU is also expected to chip in.

But the most important partner here is MassDOT.

Beaton’s directive seems to be telling his colleagues there: All aboard.

PREVIOUS ARTICLE
Article 63 of 146
NEXT ARTICLE