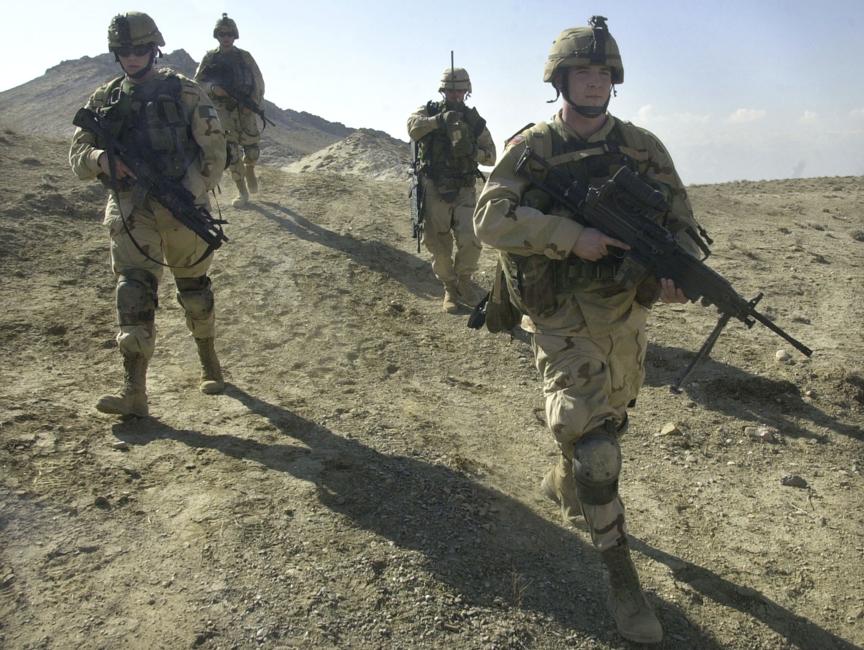 Sixteen years of help from US forces in Afghanistan have not stemmed the insurgents. (associated Press file/2003) 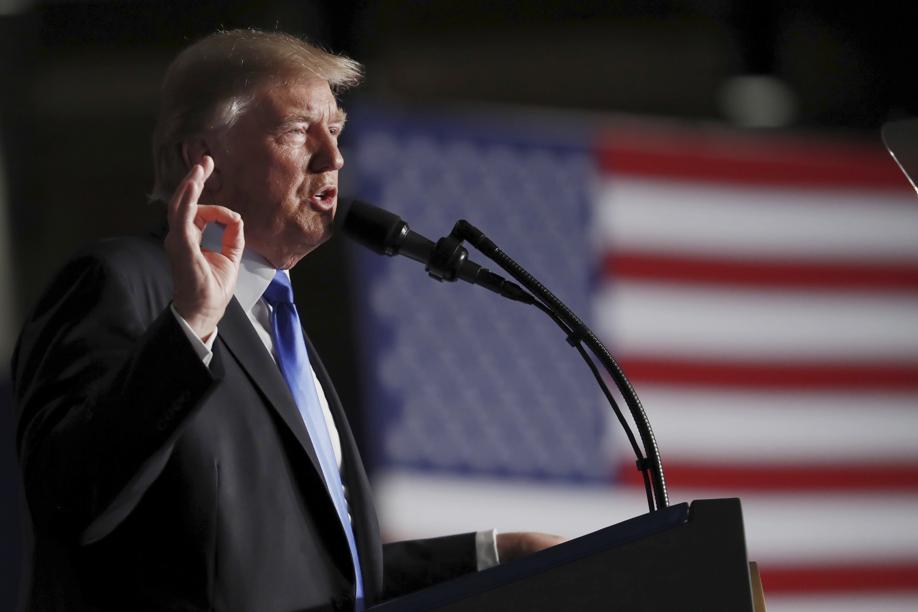 WASHINGTON — President Trump put forward on Monday a long-awaited strategy for resolving the nearly 16-year-old conflict in Afghanistan, but he failed to specify either the number of troops that would be committed or the conditions by which he would judge the success of their mission there.

In a nationally televised prime-time speech to troops at Fort Myer, Va., Trump said there would be no “blank check’’ for the American presence in Afghanistan. But in announcing his plan, Trump embraced deepened American involvement in a military mission that has bedeviled his predecessors and that he once called futile.

“My original instinct was to pull out, and historically I like following my instincts,’’ Trump said. “But all my life, I’ve heard that decisions are much different when you sit behind the desk in the Oval Office — in other words, when you’re president of the United States. So I studied Afghanistan in great detail and from every conceivable angle.’’

Trump campaigned for president promising to extricate the United States from foreign conflicts, and many of the steps that he announced Monday have been proposed by previous administrations.

He portrayed the strategy as a stark break with the Obama administration, arguing that while his predecessor set artificial timetables for US involvement in Afghanistan, his strategy would be a comprehensive, conditions-based regional approach that would aim for a political solution there.

Part of the plan is to deploy more US troops to Afghanistan to continue to train Afghan forces there, with the goal of persuading the Taliban — which have recently gained substantial ground in the war — that they could not win on the battlefield.

“The consequences of a rapid exit are both predictable and unacceptable,’’ Trump said. “A hasty withdrawal would create a vacuum for terrorists, including ISIS and Al Qaeda, where they would instantly fill just as happened before Sept. 11.’’

Trump said that the United States would put significant new pressure on Pakistan to crack down on the terrorist sanctuaries that line its border with Afghanistan. His comments could open a turbulent new chapter in relations with Pakistan, which has veered since the Sept. 11, 2001, attacks from being an ally in the fight against terrorism to a haven in which Osama bin Laden hid until he was killed in 2011.

By refusing to place a number on troops or to specify benchmarks for success, Trump was in essence shielding himself for potential backlash from his political base and from the American public, which have grown weary of the war.

The president heaped contempt on his predecessor’s strategy, promising that he would avoid Barack Obama’s mistakes. But in substance, Trump’s strategy was not all that different, relying on a mix of conventional military force and diplomatic pressure on Pakistan. One administration official conceded that there was to be no major change in the mix of US forces operating in Afghanistan and that the priorities would remain training Afghan forces and conducting counterterrorism operations.

Trump spoke of launching an intensive diplomatic and economic initiative, but he does so from a position of acute weakness at the State Department, which has yet to place an ambassador in Kabul, Afghanistan’s capital, and which scrapped the office of the special representative for Afghanistan and Pakistan.

An estimated 8,400 US troops are stationed in Afghanistan, most assigned to an approximately 13,000-strong international force that is training and advising the Afghan military. About 2,000 US troops are tasked with carrying out counterterrorism missions along with Afghan forces.

In recent days, Trump administration aides hinted that the president’s strategy would include more steps to pressure neighboring Pakistan to shut down the sanctuaries there for the Taliban and other militants, a goal Republican and Democratic administrations have pursued for years with little success.

The move comes with steep risks for Trump, potentially increasing US troops without yielding many military gains in a conflict that has proved intractable.

Still, US military and intelligence officials have argued that doing nothing in Afghanistan, where the Taliban are increasingly gaining ground, is not an option. In February, General John W. Nicholson, the commander of the US-led international force in Afghanistan, told Congress that the United States and its NATO allies were facing a “stalemate.’’

There were potential political perils for Trump, as well. At least two Republicans who challenged Trump last year for the presidential nomination issued statements hours before his speech to oppose extending the war in Afghanistan in any way.

“Sixteen years and the lives of over 2,000 American heroes are more than enough of a price to have paid to eradicate a terrorist sanctuary,’’ Governor John Kasich of Ohio, who has positioned himself as a possible primary race candidate in four years, said in a statement.

Senator Rand Paul of Kentucky flatly opposed a troop increase. “The mission in Afghanistan has lost its purpose, and I think it is a terrible idea to send any more troops into that war,’’ he said in a statement.

The Arizona Republican said in a statement that while the plan is long overdue, it moves the United States well past the Obama administration’s ‘‘failed strategy of merely postponing defeat’’ in Afghanistan.

The Afghanistan strategy was a consequential moment after a tumultuous week for Trump, whose response to racially charged violence in Charlottesville, Va., raised questions about his ability to shoulder the responsibilities of a president.

Trump used the beginning of his speech to offer the message of unity and national healing that he was criticized for failing to communicate after the Charlottesville violence, saying Americans should live the example of those who put aside racial, ethnic, and religious differences to serve together on behalf of the nation.

“We cannot remain a force for peace in the world if we are not at peace with each other,’’ Trump said.

“Let us make a simple promise to the men and women we ask to fight in our name, that when they return home from battle, they will find a country that has renewed the sacred bonds of love and loyalty that unite us together as one.’’

In announcing his plan, Trump became the third consecutive president to confront the conflict in Afghanistan, now the longest military operation in the history of the United States.

PREVIOUS ARTICLE
Article 2 of 126
NEXT ARTICLE