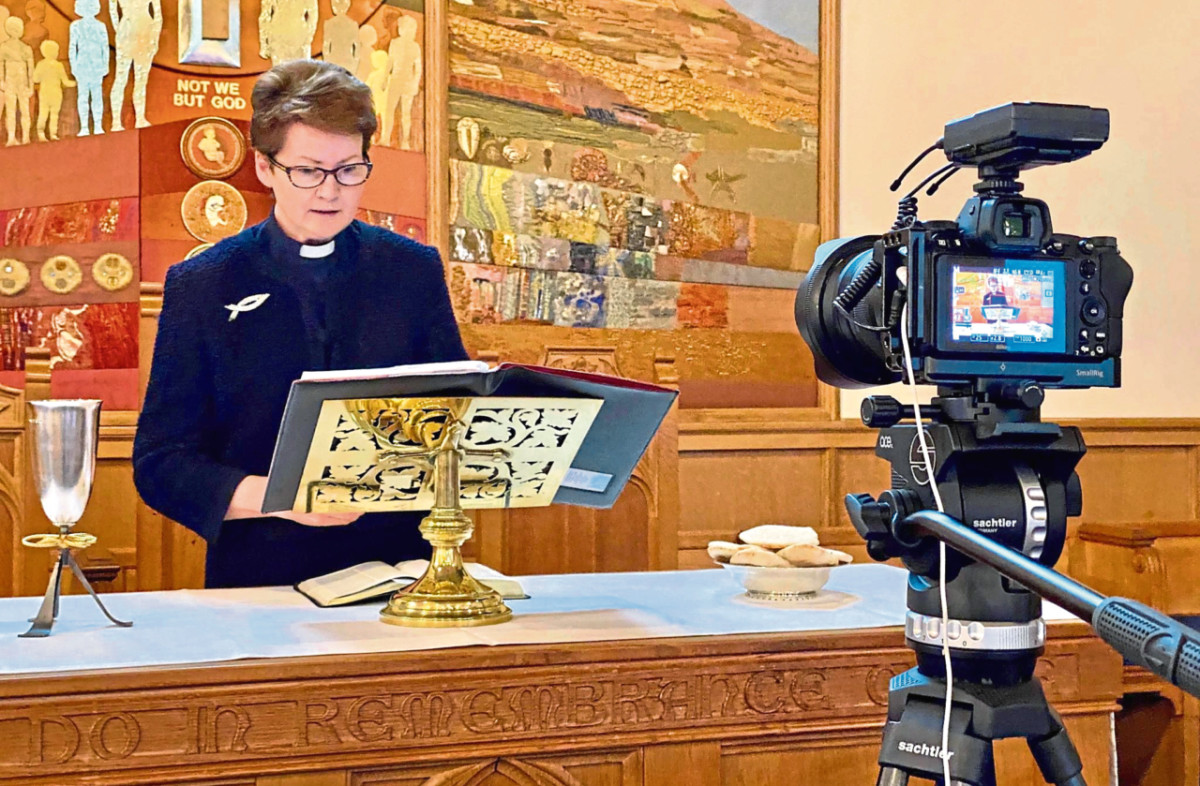 Up to 500,000 people across Scotland have viewed church services online during the pandemic – but some rural areas have missed out due to “digital poverty”.

A new report has highlighted the scale of online worship since the Covid outbreak, with increased web and social media activity allowing churches to reach more people than previously.

Prior to lockdown, 18% of churches offered some online worship. This rose to 96% when restrictions hit, and 82% plan to continue virtual services.

But 52% of those interviewed were worried about digital poverty, with issues for church members with no internet or poor connectivity, as well as for blind, deaf or elderly people.

Churches turned to online services as they were forced to close during the pandemic, though they re-opened in a limited way ahead of Easter.

The report says online worship is here to stay and must be resourced fairly.

It also recommends that cross-denominational partnerships should be better understood and extended.

Entitled Adapt And Be Flexible – The Mission Doesn’t Stop – The Scottish Church And The Covid-19 Pandemic, the 44-page study is a research partnership between Action of Churches Together in Scotland, Brendan Research and the Scottish Church Leaders’ Forum.

Rev Mark Slaney, convener of the Scottish Church Leaders Forum, said: “The necessary shift to online church life has drawn us into a much wider field for mission, ministry and worship.”

He added: “I am encouraged that the Church appears to have adapted and changed more in a period of months than over several generations.”

The online survey was conducted between October 26 and December 4 and drew responses from all 32 local authority areas.

In all, 96% of 369 congregational leaders, spanning 27 different denominations, continued with ministry and mission work during lockdown.

They estimated that combined online worship received around 1,330 views a week before the pandemic, but this exploded to more than 50,000 views.

Researchers said as this figure is estimated only by leaders who completed the survey, the actual number could be 10 times higher.

A minority of church leaders expressed reservations, however.

A Scottish Episcopal Church minister told the survey: “I’ve found ministry deeply unrewarding during this time, mostly because I miss the interaction with people.”

Some leaders emphasised the lack of connectivity in accessing virtual services.

“The digital divide is real in rural areas as the broadband at the manse failed on numerous occasions,” said one Church of Scotland minister.

The report shows 93% of church leaders identified loneliness as the greatest challenge faced by their congregations during lockdown, while 70% thought people experienced more mental health difficulties than usual, with 66% listing depression as an issue.

A total of 63% of leaders said ministry was more stressful both during and after lockdown with around a quarter finding it more difficult to cope.

Issues included feeling guilty that they were not doing enough, learning new skills and being unsure how to respond to the pandemic.

The report said the rise of online worship also highlighted other challenges for leaders, including churchgoers being able to access a range of denominational styles.

This made it easier to join multiple congregations, or stop participating in their existing church and join another – therefore acting as a “catalyst to the disintegration of traditional denominational identities”.