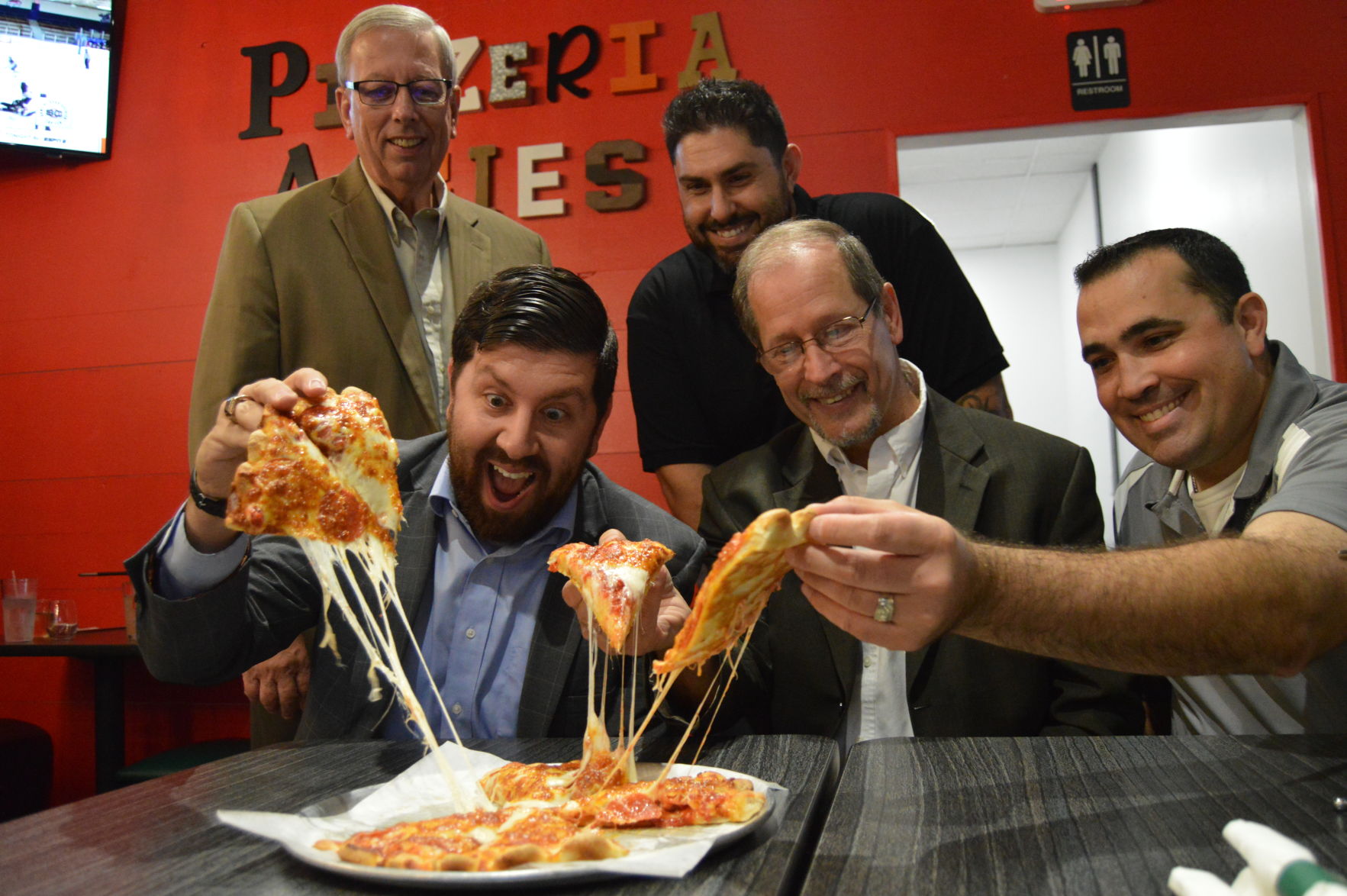 NORTH ROYALTON – Pizzeria Angie's is back in business after closing for five weeks to completely remodel the interior. A soft opening was hosted Oct. 8 and 9 for family and friends, and city officials were invited Oct. 10 before opening to the public at large Oct. 14. Pizzeria Angie's is a Ganim Family venture. Co-owners Rick and Diane had their very first date there 27 years ago, have always been fans of the pies and decided to purchase the business back in March when it became available. Mayor Bob Stefanik and Co-owner Rich Ganim watch as Ward 4 Councilman Paul Marnecheck, Council President Larry Antoskiewicz and Ward 3 Councilman Dan Langshaw dig into the cheesy goodness during the soft opening.