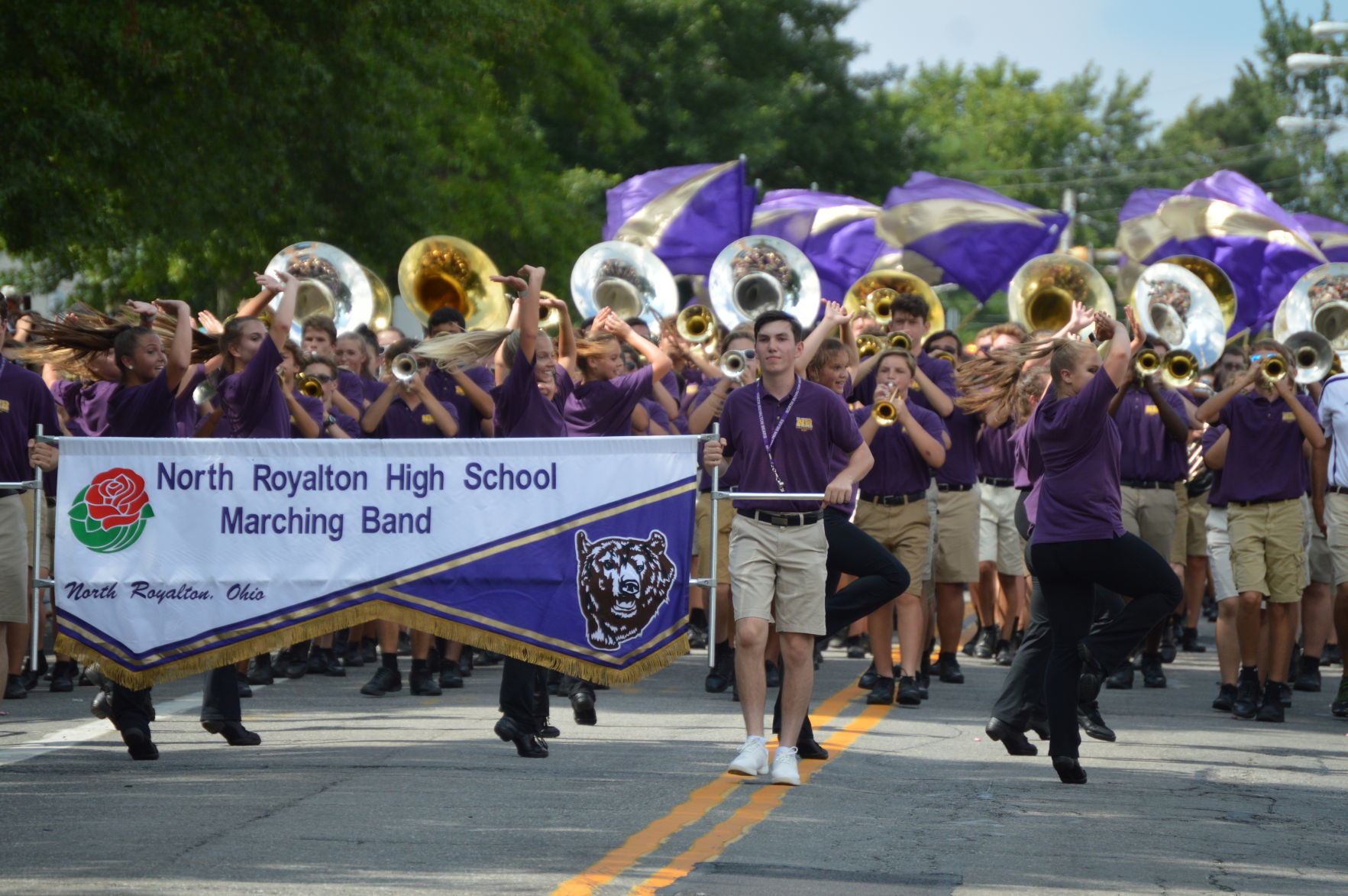 The North Royalton High School Marching Band is always the pride and joy of the parade, which steps off at 3 p.m. Sunday, Aug. 25. File photos by JAIME ANTON 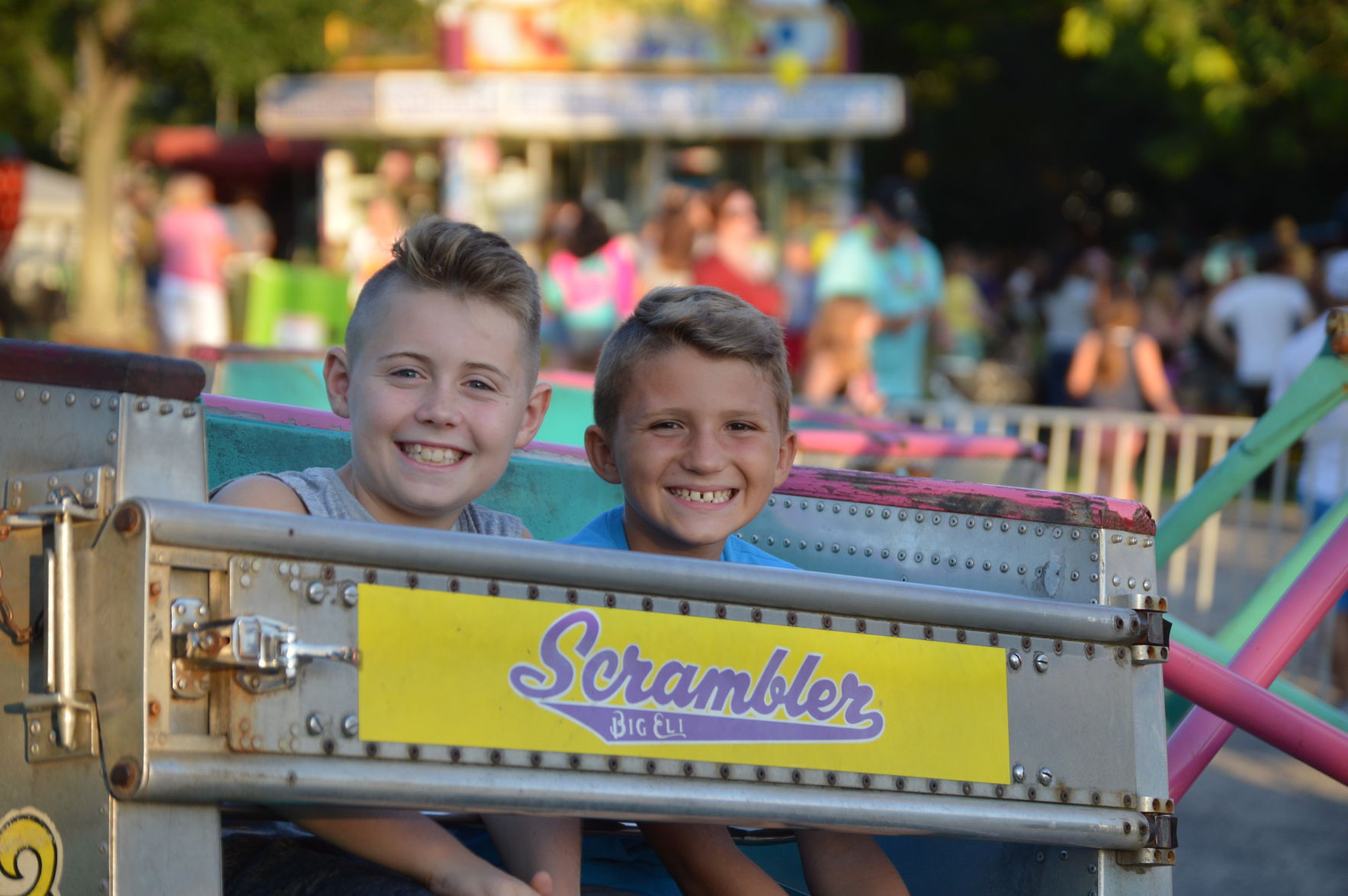 Hunter Susec, 10, and Patrick Einloth, 10, both of North Royalton, were ready to get scrambled on the Scrambler last year. 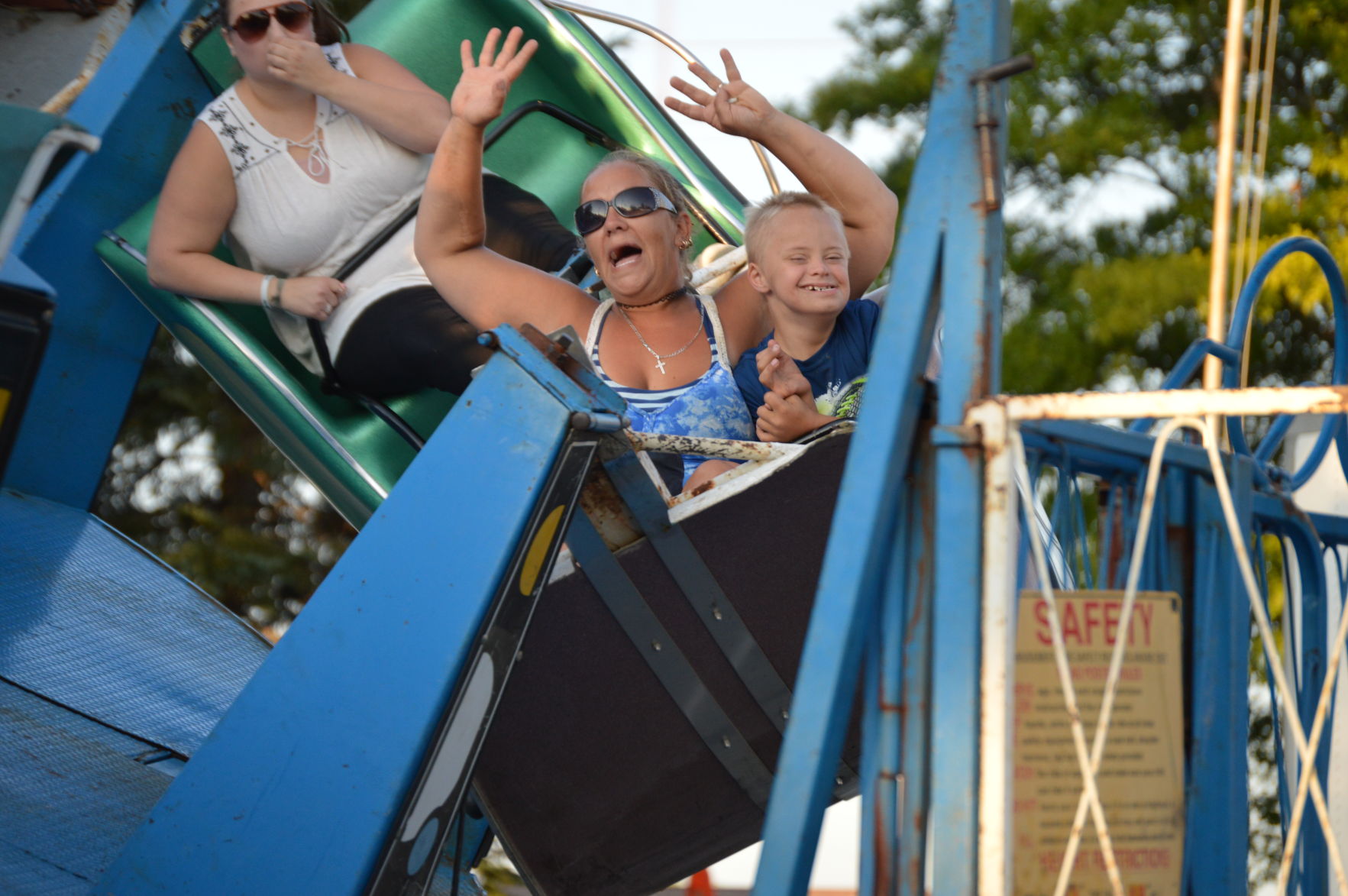 Jennifer Boryczka, of North Royalton, and her son Jayden, 10, enjoy the thrill of the magic carpet ride during the last night of the festival last year. This year’s festival is Aug. 23-25. 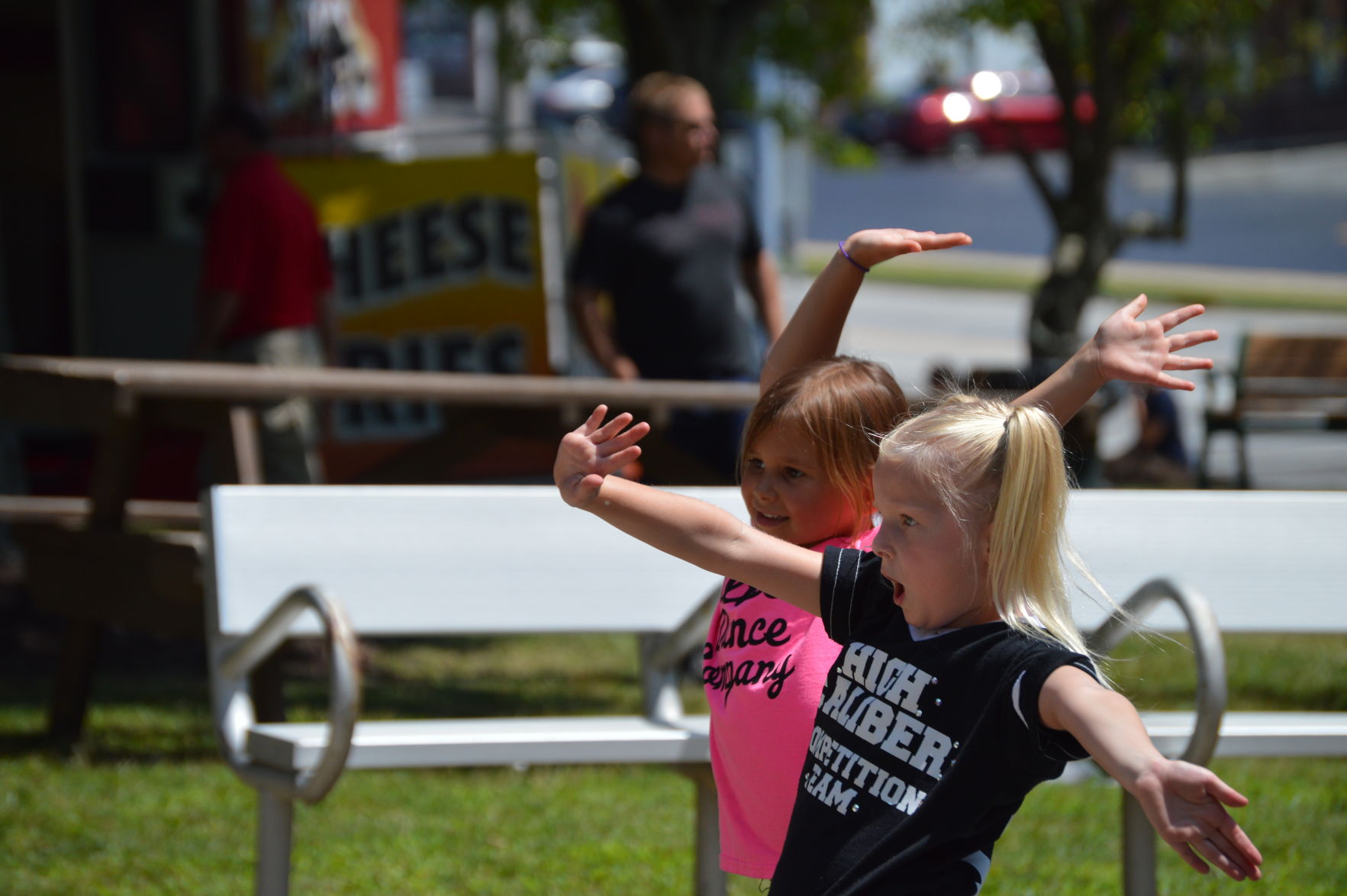 Members of Caliber Dance Group will once again showcase their talent during home days performing from 2-3 p.m., Saturday, Aug. 24. 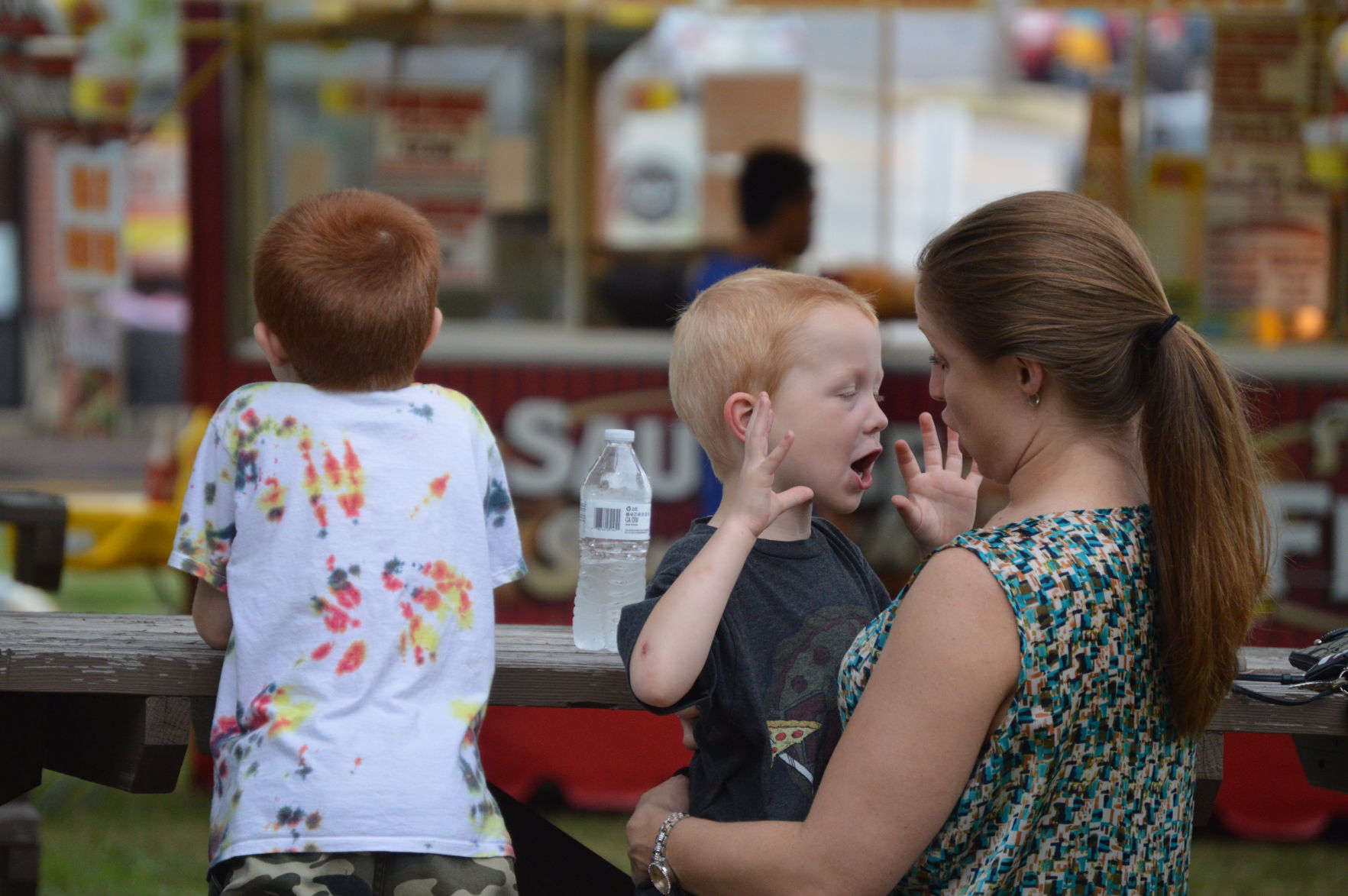 The community festival is all about relaxation and quality time, and Heidi Armetta and her son Owen, 4, did just that making funny faces at each other while her other son Ethan, 5, took in the festival sights last year. 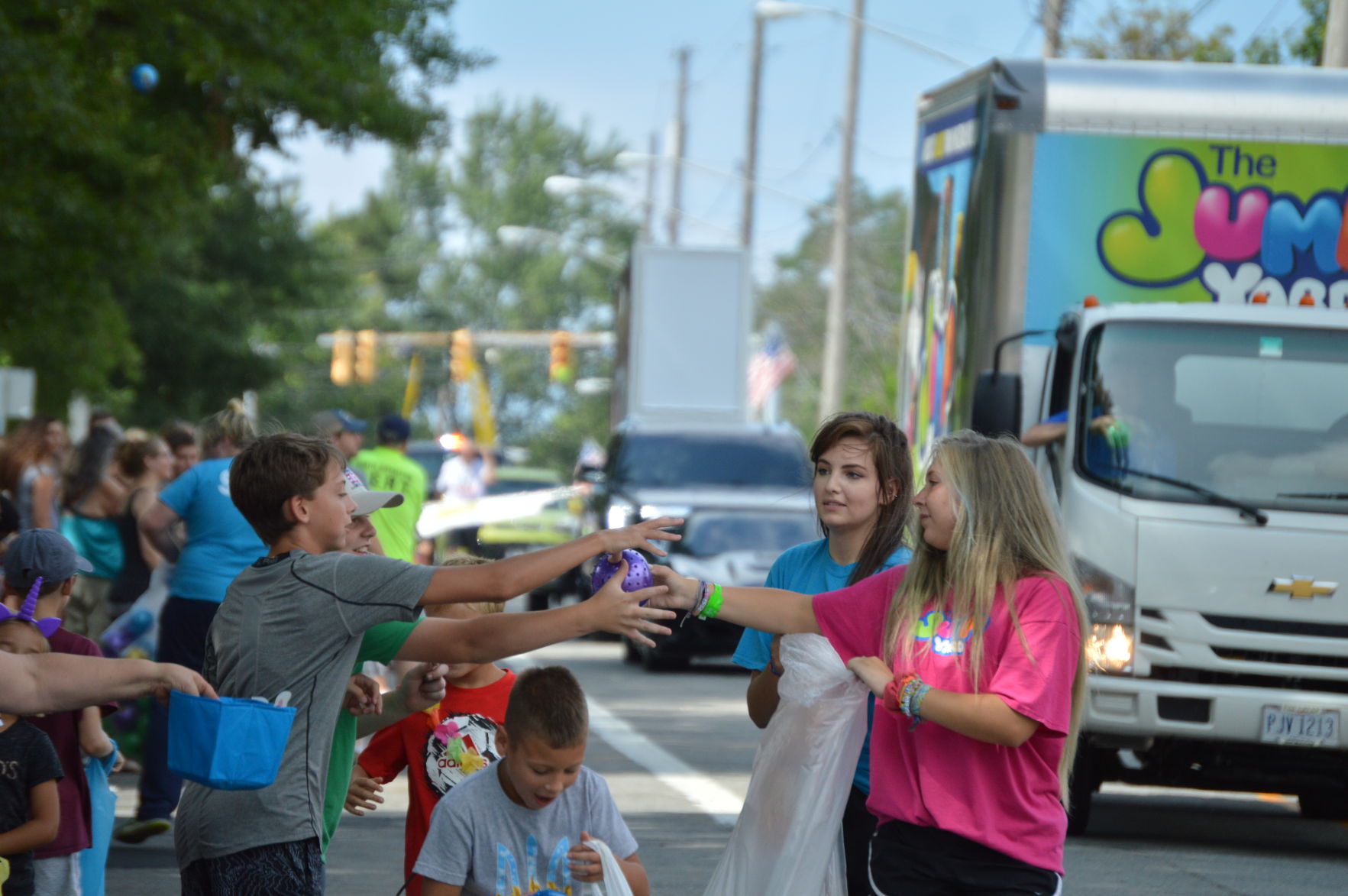 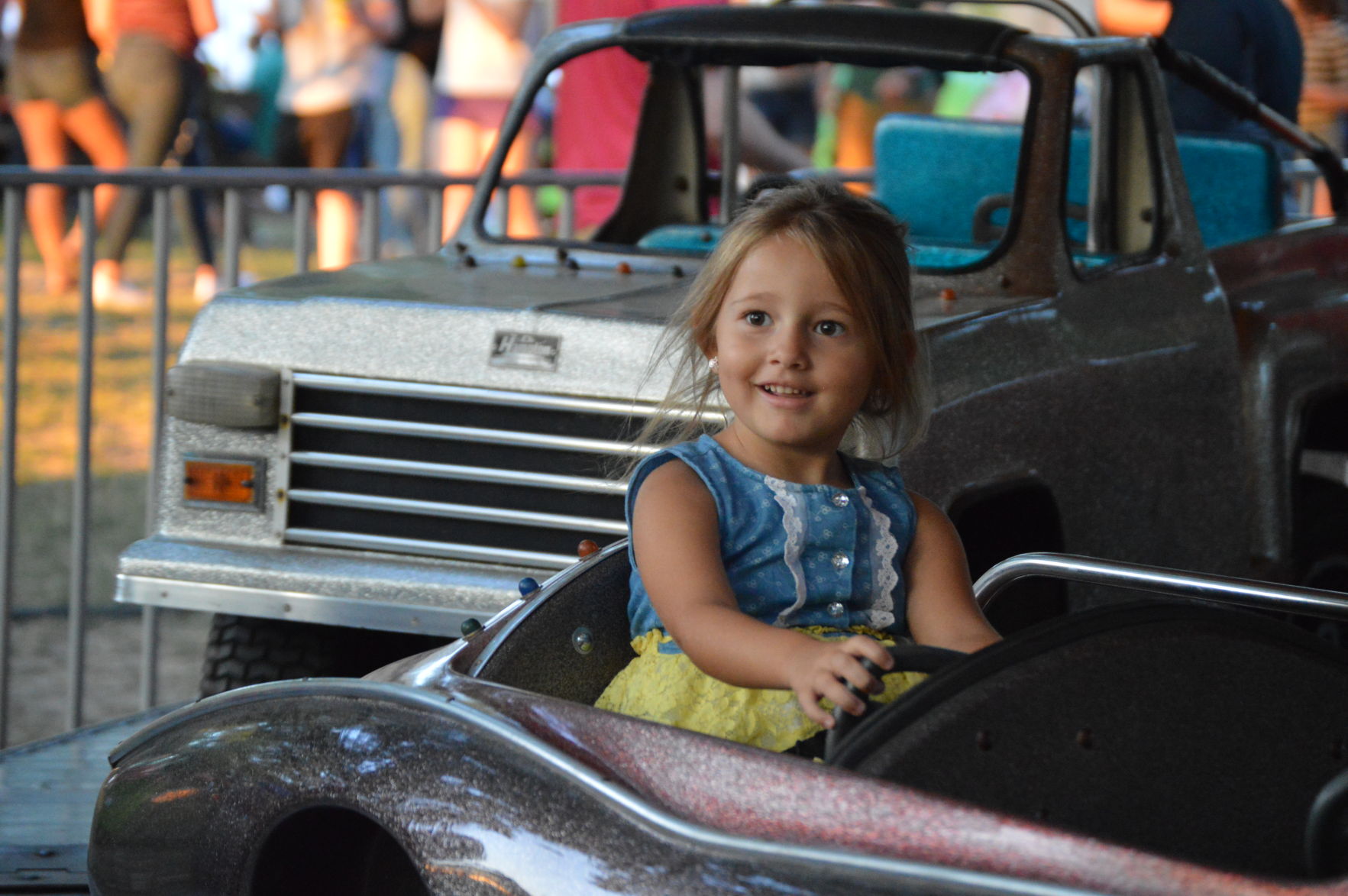 Rides are always a fan-favorite for the kiddos. Here, Demiana Ghobryal, 4, of North Royalton, watched for her mom as she cruised around a ride during last year’s festival. 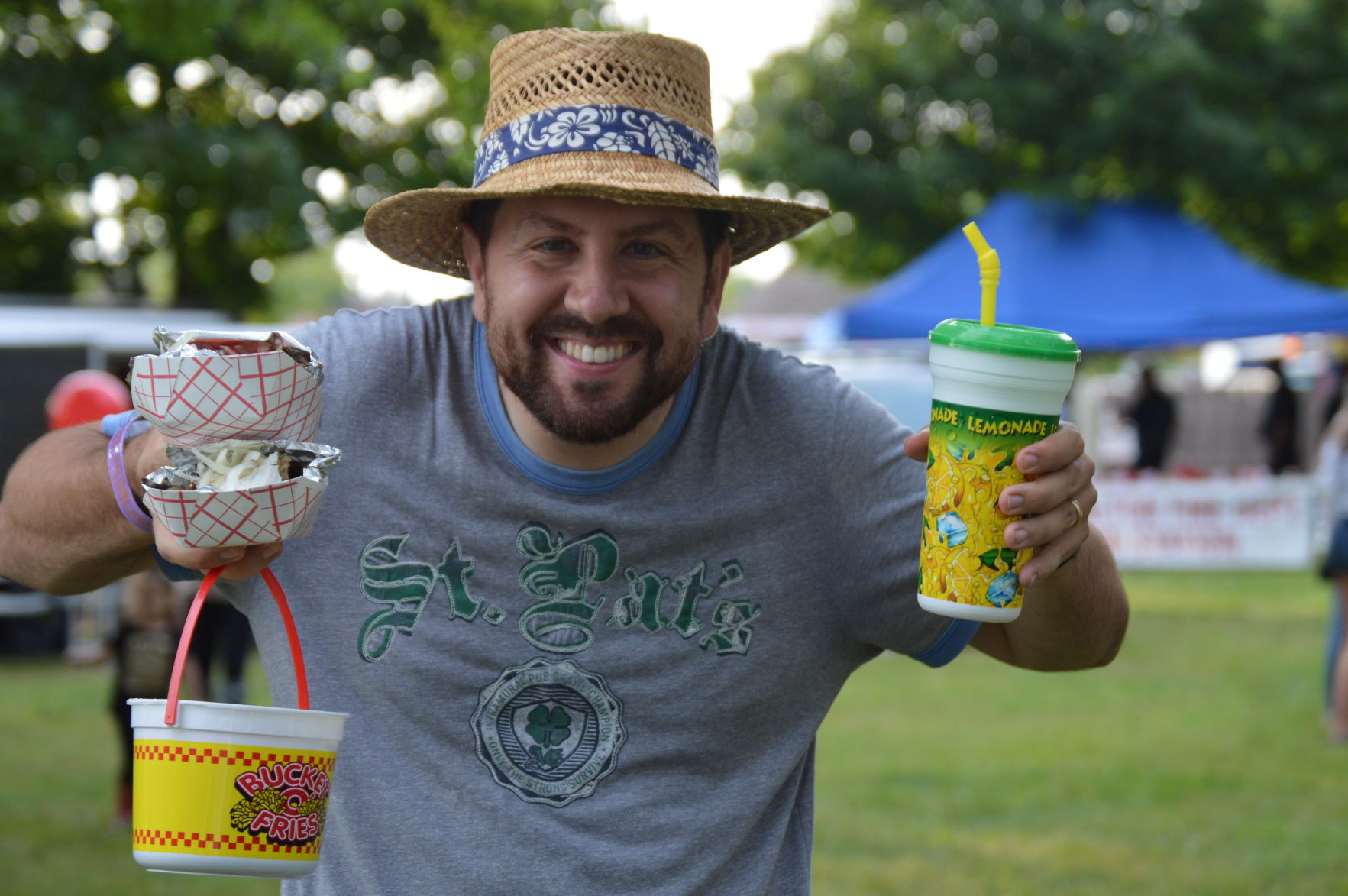 City leaders are always just as eager as residents to taste the delights of home days. Ward 4 Councilman Paul Marnecheck took a bite out of the festival fare last year and is sure to do the same next weekend.
PREVIOUS IMAGE


NORTH ROYALTON – A parent and child taking in the sights from atop the Ferris wheel, a live band belting out the classics at the gazebo stage, hungry neighbors in line for tasty festival fare.

Mark your calendars for a weekend of fun. The 135th North Royalton Community Festival, or home days as most of us call it, is Aug. 23-25 at the City Green.

Fun, food and fellowship are on the menu.

Festivities kick off at 6 p.m., Friday, Aug. 23, with a formal opening ceremony conducted by Mayor Bob Stefanik. Once the formalities are over, the fun begins.

Quite the line-up is planned Saturday, Aug. 24. Rides, food, games and exhibitors open for business at noon.

Muka Creations will be doing face paintings from 12:30-2 p.m.; Hooked on Fencing will do a fencing demo from 1:30-2 p.m.; Caliber Dance Group shows off their moves from 2-3 p.m.; there will be karate demonstrations from 3-4 p.m.; Midwest Cheer will rally the crowd from 4-5 p.m.; Academy Irish Dance Co. will take the stage and get the crowd’s toes tappin’ from 5-6 p.m.; Half Seas Over will play to crowds original songs as well as a mix of classic rock from 6-7:30 p.m.; Valerie Paige will perform contemporary country and pop from 7:30-8:30 p.m.; and the Main Event Band, Cleveland’s ultimate dance party band, will perform from 8:30 p.m. to close.

Ridge between Bennett and Royalton roads will close to traffic just before the parade and remain closed until after the fireworks display at the end of the night.

From 4-5:30 p.m., Something Worth Saying, a pop punk/alternative rock project out of Cleveland, will perform, followed by Eddie and the Edsels from 6-9 p.m. performing oldies from the ‘50s and ‘60s.

The festival will be capped with the fireworks display at dusk. Residents are encouraged to brings their chairs.