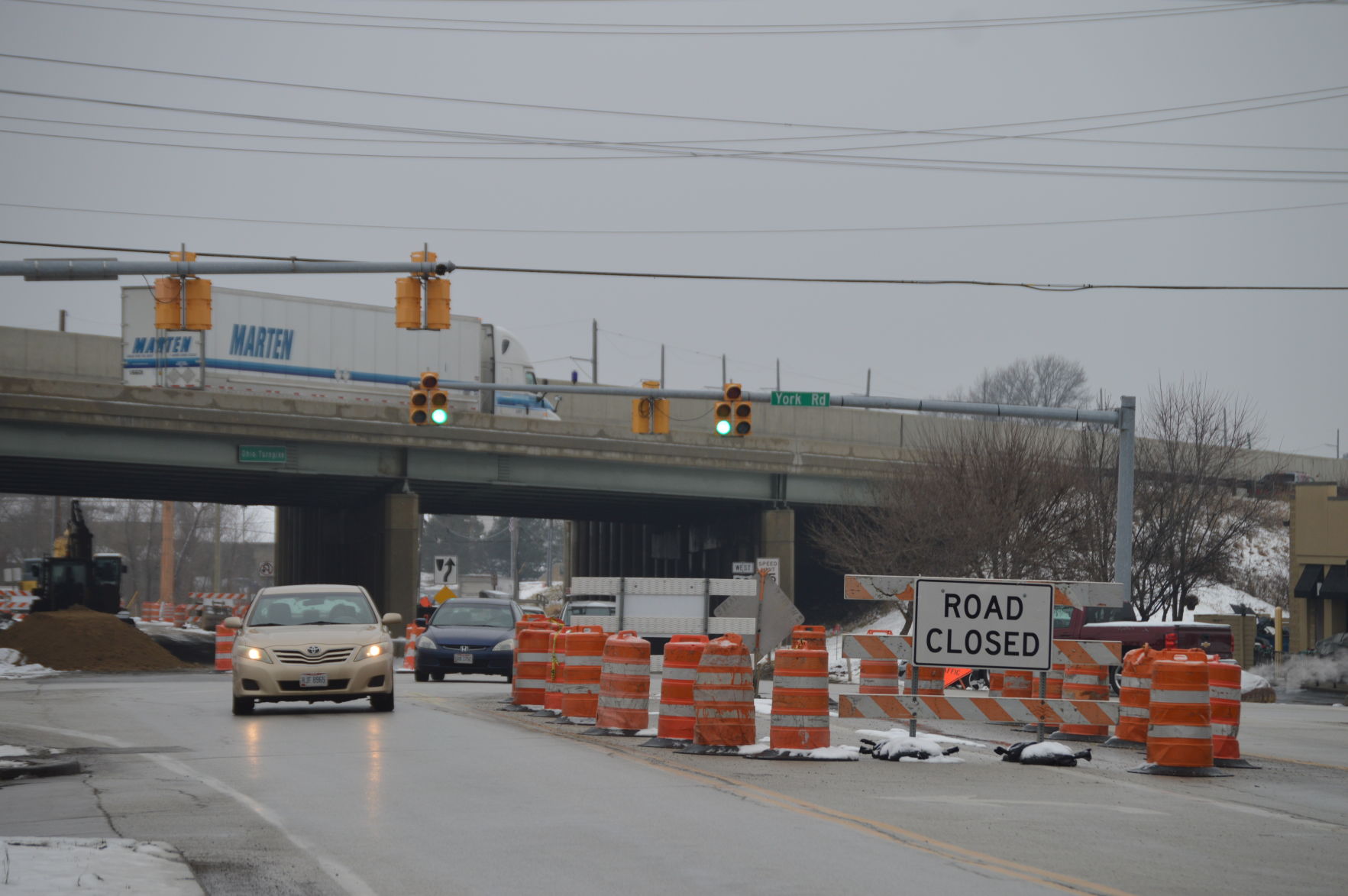 The eastbound lane of state Route 82 traffic under the Turnpike at York has closed, shifting traffic north. Moving traffic north the entire stretch of the widening project makes room for waterline, utility relocations and eventually pavement work that will occur to the south first. Photos by JAIME ANTON 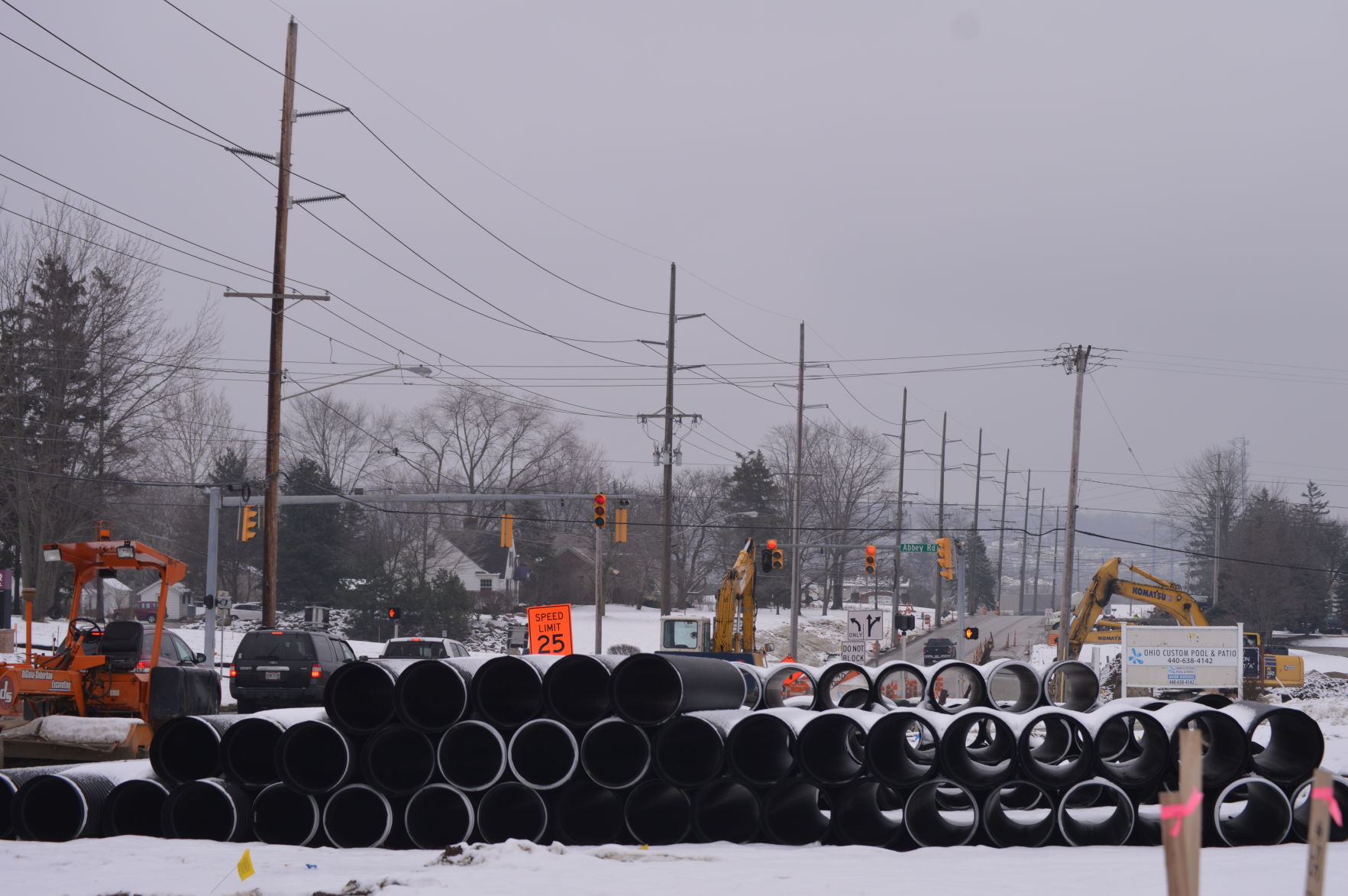 The new plan is to install the waterline the entire length of the project in one winter rather than in phases over two winters.
PREVIOUS IMAGE


NORTH ROYALTON – The timing and execution of the phases of the state Route 82 widening project have changed a bit as motorists have undoubtedly noticed, but the hope is these changes will have a positive effect on the length of the project.

The eastbound lanes of Royalton Road at York Road have closed under the Turnpike and orange barrels line the entire length of the project from Spruce Run to York rather than just the first phase as was originally planned.

The focus of the first phase was to be Spruce Run to the city’s service garage, just east of Abbey Road, this year, and the second phase was to pick up there and extend to York next year.

Temporary concrete pavement was laid a bit wider than originally planned the entire length of the project to help the flow of traffic overall. Increasing the width pushed the traffic further away from the work zone. Though it initially caused intermittent traffic delays, it is said to lead to less traffic interference down the road.

This winter, the plan is to install the waterline the entire length of the project in one winter rather than in phases over two winters as was originally planned.

“We don’t want that to sit around, so we’re trying to get it into the ground the entire way,” Don Holmok, senior estimator for DiGioia-Suburban Excavating, explained.

While the waterline is going in, crews will get a jump start now on utility relocations east of the city service garage. Then in the spring, crews will concentrate west of the service garage and revert back to the phase approach.

The hope is that this tweaked schedule will shave a few months off the length of the project.

“Because of temperatures, we’re limited. So we’ll do utilities over the winter, so we can concentrate on pavement April to November. The more utilities we can get done over the winter, we should be ahead of schedule. We’re trying to make good progress, and I think the traffic flow is good right now,” Holmok said.

“Hopefully, all these changes will reduce the length of the project by a couple of months,” he said.