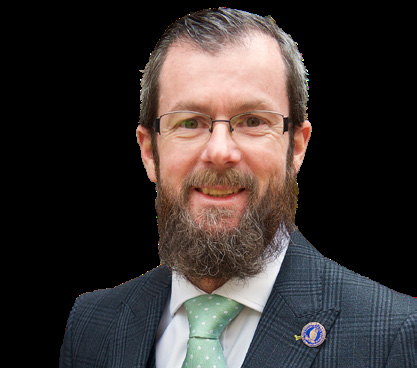 
THERE is nothing finer than being behind the wheel of your own car – that’s a line from Christine, the John Carpenter film, where a teenager becomes infatuated with a car and ends with the demonic vehicle causing havoc and destroying members of the local community as it becomes able to drive itself without human intervention.

In the future, of course, self-driving cars will be part and parcel of daily life, hopefully with more benevolent outcomes than in the supernatural horror film. Indeed, even now there are plenty of places around the world where autonomous vehicles are being tried and tested and it is generally accepted that this technology could become mainstream in under a decade.

The main prerequisite to allow autonomous vehicles to run safely is a resilient 5G infrastructure, as internet connectivity would need be maintained at all times.

While the slow move from fossil-fuel engines to electric vehicles partially cures one environmental problem, it only replaces one problem with another. It is therefore the issue of vehicle ownership which needs to be addressed in order for us to have a sustainable future when it comes to personal transportation.

In my view, people will give up their cars when there is a cheaper, safer, more convenient alternative.

So, how would autonomous vehicles become mainstream? Perhaps, as a starting point, blocks of flats built in St Helier would no longer be built with parking spaces and, instead, each resident would have a subscription to an autonomous version of Evie cars as part of their monthly charge. Access to the vehicles would be booked via a calendar system, in a similar way that people currently book rooms for meetings via a shared app.

Technology, of course, is the answer to the problem of personal transportation and, if you consider the way that we hired films on video in the 80s, which although a revelation at the time, was cumbersome, time-consuming and ineffective compared to the way that we watch films today via Netflix, you can get to understand that ownership of vehicles will move from its current position once a better solution is available.

Perhaps the majority will no longer have the joy of ownership of their own vehicle, but we will have safe and sustainable transport that is both cheap and available to all. The planet being the ultimate beneficiary of this change.

Petrol and diesel-engine vehicles will then become a curio for high days, holidays and weddings in the same way that horses and carriages are today.

•Malcolm Ferey is the chief executive of Headway Jersey and has worked in the charity sector for over a decade. He maintains a keen interest in providing solutions and resolving issues that affect the local community.