The other pandemic: disbelief
For some, not even Trump’s illness persuades them to take precautions 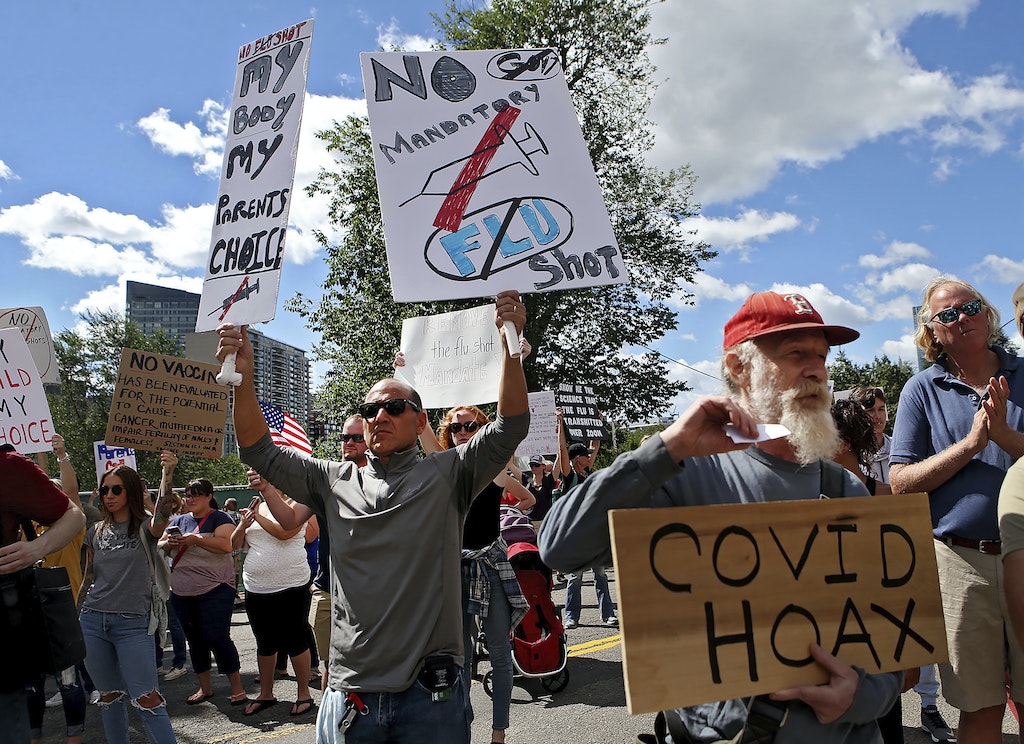 Coronavirus skeptics protested in late August in Boston. At one Georgia hospital — where two staff members have died of the virus — people have showed up with video cameras to collect proof that it is a hoax. (Nancy Lane/Boston Herald) 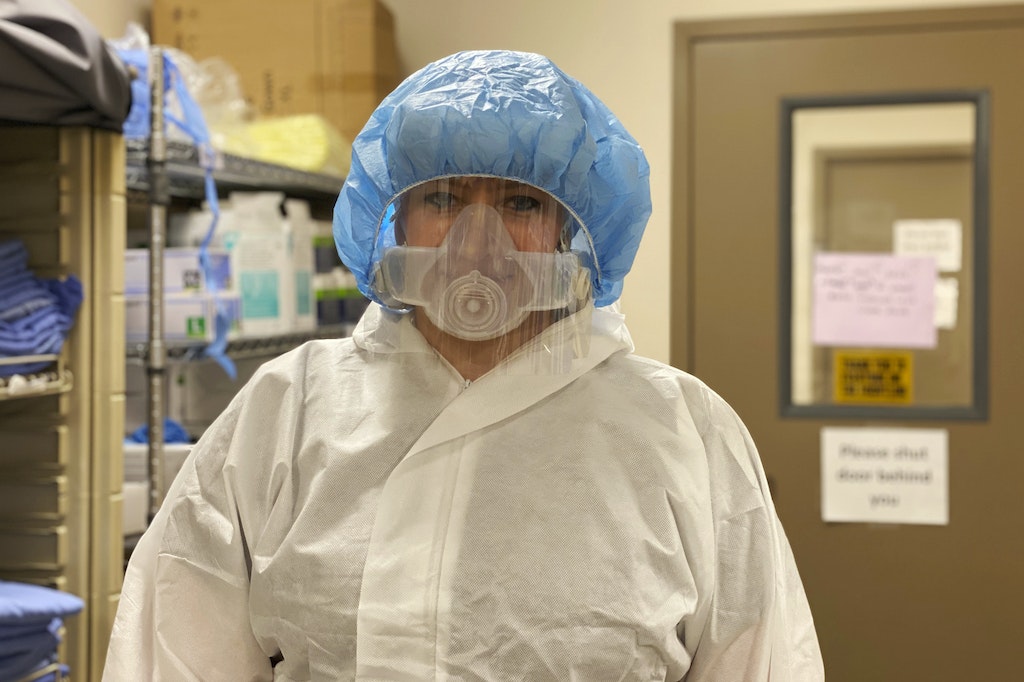 By HEATHER HOLLINGSWORTH
The Associated Press

MISSION, Kan. — Treating the sick and dying isn’t even the toughest part for nurse Amelia Montgomery as the coronavirus surges in her corner of red America.

It’s dealing with patients and relatives who don’t believe the virus is real, refuse to wear masks, and demand treatments like hydroxychloroquine, which President Donald Trump has championed even though experts say it is not effective against the scourge, which has killed more than 210,000 people in the United States.

Montgomery finds herself, like so many other doctors and nurses, in a world where the politics of the crisis are complicating treatment efforts, with some people even resisting getting tested.

It’s unclear how Trump’s bout with the virus will affect the situation, but some doctors aren’t optimistic. After a few days of treatment at a military hospital, the president tweeted Monday, “Don’t be afraid of Covid. Don’t let it dominate your life. … I feel better than I did 20 years ago!”

After one tough shift in the coronavirus unit at Cox South Hospital in Springfield, Mo., Montgomery went onto Facebook to vent her frustrations about caring for patients who didn’t socially distance because they didn’t believe the virus was real. The hospital later shared her post on its website.

She complained that some people demand the anti-malaria drug hydroxychloroquine and think the only patients who get really sick have underlying health problems.

“The majority of people don’t understand and can’t picture what we are seeing. That has been frustrating for all of us,” Montgomery said in an interview. “It wears.”

Combating virus skeptics is a battle across the country.

In Georgia, at Augusta University Medical Center, visitors have tried to get around the mask requirement by wearing face coverings made of fishnet and other material with visible holes, something the hospital has dubbed “malicious compliance.” People also have shown up with video cameras in an attempt to collect proof that the virus is a hoax, said Dr. Phillip Coule, the health system’s chief medical officer, who contracted the virus in July and has had two staff members die.

He said most skeptics — including some who have argued with him on Facebook — are converted to believers when they get sick themselves. And he is starting to hear fewer people dismiss the virus entirely since the president was diagnosed.

“It is unfortunate that the president has contracted the disease, but it is difficult for groups who support the president to be out there saying it doesn’t exist,” he said.

But he also said he fears people may draw the wrong lesson about the seriousness of the disease from what happened to Trump: “People may extrapolate that the risk for a 74-year-old is low, when the reality is the risk to a 74-year-old is quite high.”

Dr. Beth Oller, who practices family medicine with her physician-husband in rural Kansas’ Rooks County, isn’t optimistic that the president’s diagnosis will change much in her community, where cases are on the rise, many resist masks, and weddings with hundreds of guests have been held in recent weeks.

“None of the things he did since he had it have helped us a bit, and, if anything, would fly in the face of it,” she said, noting that the president took his mask off as soon as he returned to the White House. “All he did was continue to show people that the things we are saying to do are overblown and an overreaction. As a physician, it is so damn frustrating.”

The issue has been a challenge in red states for months.

In Iowa, home health nurse Lisa Dockery was fired from her job caring for a boy with severe disabilities after arguing with his parents, who said COVID-19 is a “hoax.” The argument started because the parents refused to wear masks around Dockery and the boy, even though she told them their son’s life was in danger because he has respiratory problems, relies on tube feedings and cannot walk, state unemployment records show.

The case ended with a judge ordering her former employer to pay her unemployment.

Dr. Gary LeRoy, president of the American Academy of Family Physicians, said he isn’t surprised that it has been so hard to persuade the public, noting that there was also a lot of denial as the Spanish flu swept across the world a century ago, killing tens of millions of people.

“When you look at human history, it is what happens in every situation,” he said. “In war, in famine, in disease, there is going to be a population of people where the bombs are dropping all around them and they don’t believe that it exists.”