The skinny on party meals
You’re going to eat more during the holidays. Here’s how to manage it.
PREVIOUS IMAGE 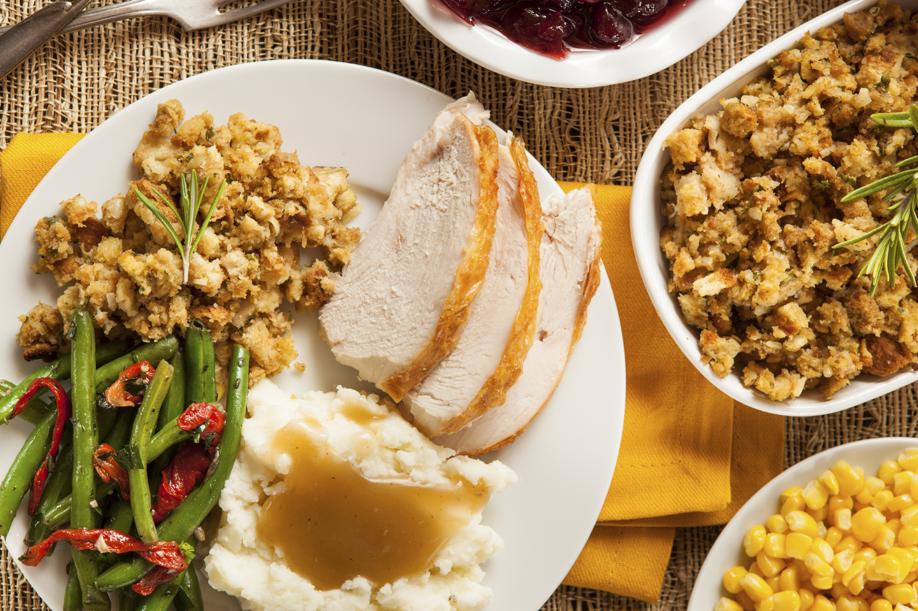 This time of year, it’s nearly impossible to avoid parties bulging with buffets of tasty food and drink. But indulging can have a downside: holiday weight gain. Consumer Reports recommends these simple strategies to keep that from happening:

1. Be realistic. In one holiday weight gain study, 15 percent of participants indicated they were trying to shed pounds between Thanksgiving and the new year. They ended up gaining the same amount of weight as others who were not trying to slim down. A better plan is to aim to put off weight-loss efforts until after Jan. 1.

2. Hydrate. Try to get in at least eight glasses of water a day. Your body easily confuses being hungry and being thirsty, so drinking water regularly will keep you from eating when what you really need is to drink.

3. Limit your alcohol intake. Alcohol calories add up fast. A 12-ounce beer has 140 calories, and a 5-ounce glass of wine has 100. Consumer Reports recommends sticking to just a drink or two, or being the designated driver and avoiding alcohol altogether.

4. Choose your glass wisely. A 2013 study found people pour 12 percent more wine into wider glasses than into narrow glasses. And sometimes they overpour white wines because the lack of contrast between the wine and the glass makes it harder to see when to stop.

5. Eat slowly. Some research shows that slow eaters tend to eat less. Try swallowing each mouthful before taking the next bite and chatting with a tablemate in between forkfuls.

6. Beware the buffet. “Think of a buffet as a menu in physical form,’’ says Karen Collins, nutrition adviser to the American Institute for Cancer Research in Washington, D.C. “You wouldn’t order one of everything.’’ Scan the choices before you pick up a plate. Or take smaller portions of a variety of dishes.

7. Outsmart the food pushers. Pressure from hosts to eat beyond your fill is a common challenge at the holiday table. One way to keep from overstuffing yourself? Ask for seconds. Seriously. Just take small portions, says Brian Wansink, author of the book “Slim by Design: Mindless Eating Solutions for Everyday Life.’’ Wansink has found that hosts recall who asked for second helpings but that they don’t notice the serving size.

8. Be selective, not rigid. Don’t declare all party food off-limits. Instead, Consumer Reports recommends being honest with yourself about what foods you’re really looking forward to and enjoying those in moderate amounts.

9. Don’t starve yourself before holiday events. Showing up to a party ravenous is likely to cause you to eat too much. Take the edge off your hunger before you leave home by eating a small, low-calorie meal.

10. Stay active. Exercise is probably the first thing to fall off your to-do list during the holidays, but it’s your best ally in the battle against holiday weight gain, as well as holiday stress and depression.

PREVIOUS ARTICLE
Article 76 of 217
NEXT ARTICLE