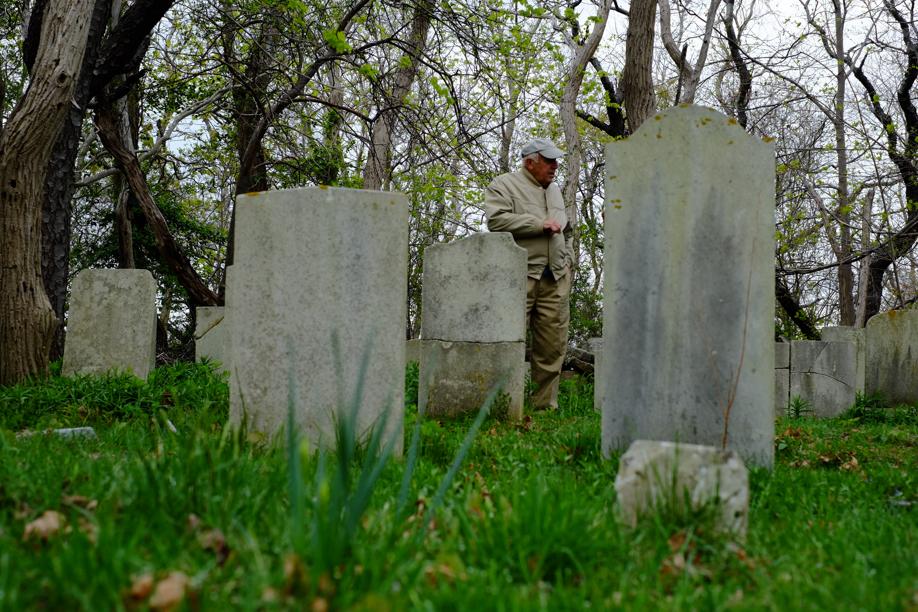 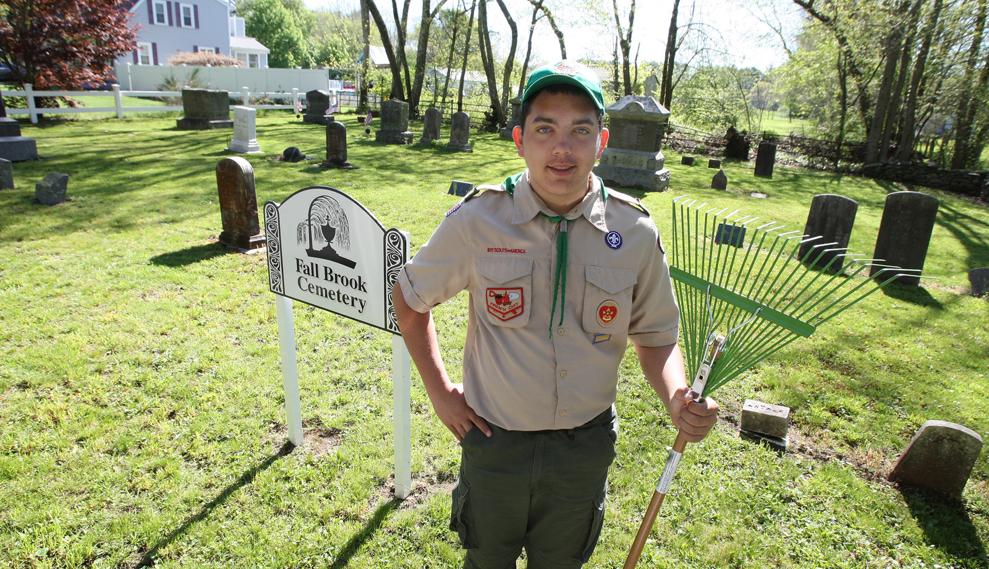 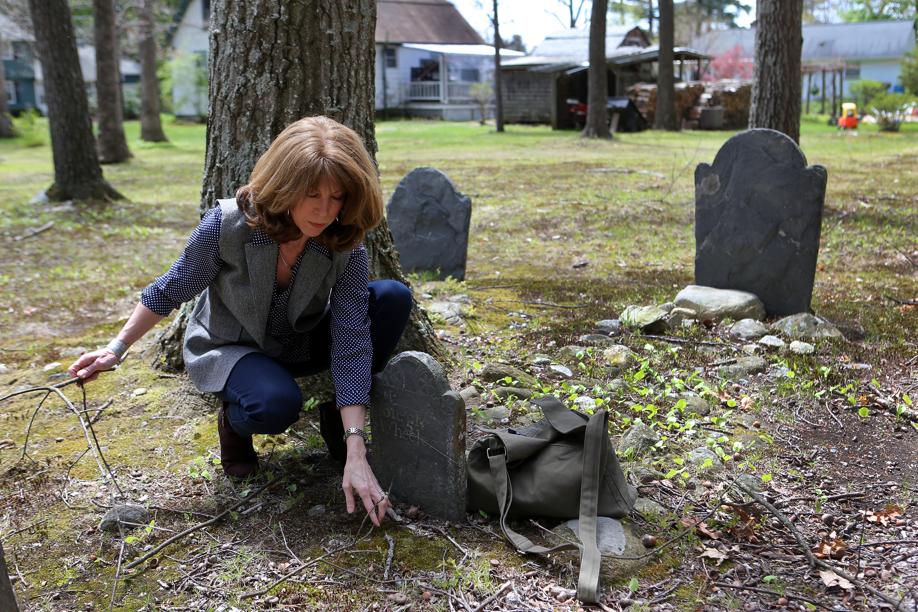 If you go to a cemetery on Memorial Day, you’ll see flowers and flags planted everywhere and a lot more visitors than usual.

What won’t be so obvious on this holiday dedicated to military veterans who died fighting in wars are the efforts of Northborough’s Beth Finch McCarthy, 53, Gloucester’s Walter McGrath, 83, and Jordan Hurley, 15,who lives in Middleborough.

The three are among an uncounted battalion of volunteers across the region who share a common pursuit: maintaining historical burial grounds in their communities and ensuring that those buried there aren’t forgotten.

McGrath, a retired engineer with a long list of interests that includes building model ships and dollhouses, managing apartments, and playing in the Rockport Legion Band, wasn’t looking for another project when an acquaintance asked him to join the Gloucester Cemetery Committee in 1998.

“I said ‘No, I’ll adopt a cemetery,’’’ says McGrath, a man who has no patience for committees but likes getting things done.

Soon, he was caring for Cove Hill Cemetery, established in 1720 and a five-minute walk from his backyard, along a section of the Essex County Greenbelt.

For 12 years, McGrath mowed the cemetery lawn every week and cleared the brush and brambles. He also planted grass seed, cleaned and reset the stones, and picked up beer cans.

He still maintains the grounds and enjoys the solitude and beauty: towering locust trees rooted solidly into the earth; birds chirping; flowers blooming; and a breathtaking view of Ipswich Bay in grays and pastel blues.

Occasionally, a hiker passes through. One encounter with visitors was remarkable.

“One time there were two women here, and I asked them, ‘Where are you from?’ They said, New York and California.’ One of them was Susan Sarandon. She and Dustin Hoffman were making a movie [‘Moonlight Mile,’ 2002],’’ he says.

McGrath, who had never seen any of Sarandon’s movies and didn’t know who she was, says the actors wanted to dig up a section of the cemetery to stage a burial. He had to persuade them to use a spot just outside the site, which he made for them by moving part of a stone wall to avoid possibly disturbing an unmarked grave.

But most days when he’s working, there are few visitors.

“I tell people, ‘If you have a problem, come and leave it here,’?’’ McGrath says, standing under a locust tree in the cemetery on a chilly May morning.

Finch McCarthy, a genealogist, first noticed the Brigham Street Old Burial Ground — the oldest cemetery in Northborough — about 20 years ago while she was walking her young children in their stroller close to home. Her curiosity got the better of her, she says, and she returned to inspect the four gravestones dating back to the 1700s. Return visits, more poking around, and scholarly research eventually led to a presentation to her town’s historical society, available on YouTube.

“I go a few times a year to walk the site, evaluate the burials, photograph the stones,’’ says Finch McCarthy, a descendant of 17th-century English immigrants to America. “My goal has been to establish how important this site is to town history.’’

The burial ground, which covers 3 acres, is now maintained by the town’s Department of Public Works. Were it not for Finch McCarthy, however, it might have remained on the historical commission’s list of future projects. Until she drew attention to it, the site had been a neighborhood dumping ground; the last major cleanup occurred in 1954, when a group of women from the historical society undertook the task.

But even with regular maintenance, the cemetery looks like an overgrown field dotted with rocks and trees. Near the roadside are rhododendron bushes and a small patch of daffodils.

Meanwhile, Finch McCarthy continues to keep an eye on the cemetery and to share the stories of the people buried there on her blog and through public talks.

To earn a Boy Scout Citizenship in the Community merit badge, Hurley dedicated two weeks in March to raking and picking up trash at Fall Brook Cemetery, a burial ground on Tispaquin Street in Middleborough that is about the size of a suburban lawn.

Finding the project was serendipity: His father, Jim Hurley, had run into Chip Mangio, president of the Friends of Middleborough Cemeteries, a charity that assists with upkeep of the town’s 33 burial places. Mangio had told him about Fall Brook Cemetery, and the father told his son.

“ ‘It sounds like a great idea. Why not?’ ’’ Hurley remembers telling his dad.

He set up a schedule: two weeks, three days each week, a total of 16 hours, squeezed between school, sports, and scouts, with a little help from his dad.

“I had to be thinking of what I’d do with the stuff I picked up, put it in the trash or recycle it?’’ Hurley says. “I was careful around the headstones.’’

A freshman at Sacred Heart High School in Kingston and a member of Kingston Boy Scout Troop 49, the teenager already understood the comfort of a well-tended gravesite. Five years ago, his mother died. He often visits her grave.

“What I noticed [at Fall Brook] were a lot of family [plots],’’ he says. “There are Civil War veterans, people you’re never going to know the backstories of. They get neglected and you never get to know who these people were.’’

“Even just a little effort can go a long way,’’ he says. “Every little thing you can do can help with the next phase.’’

Hattie Bernstein can be reached at hbernstein04@icloud.com.

PREVIOUS ARTICLE
Article 176 of 223
NEXT ARTICLE