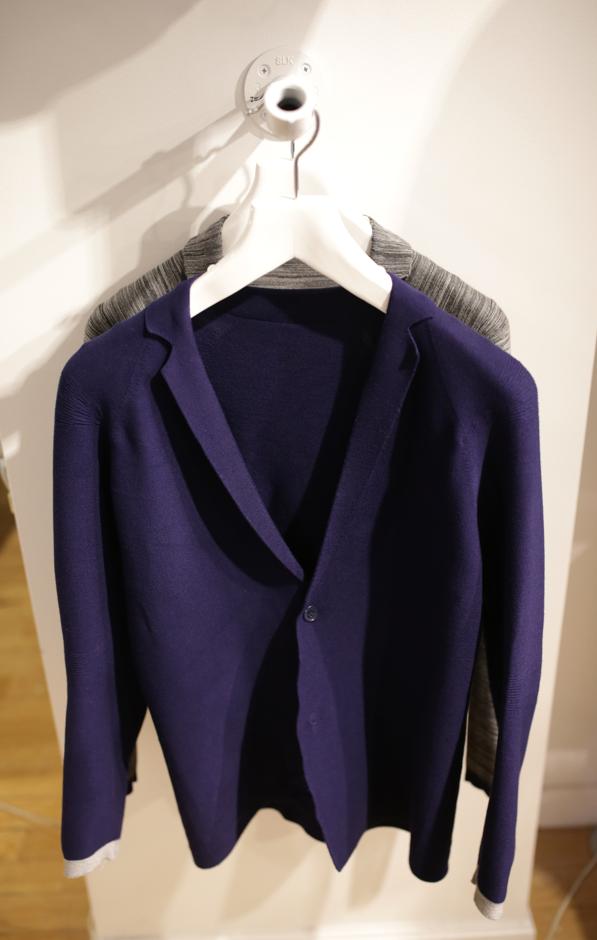 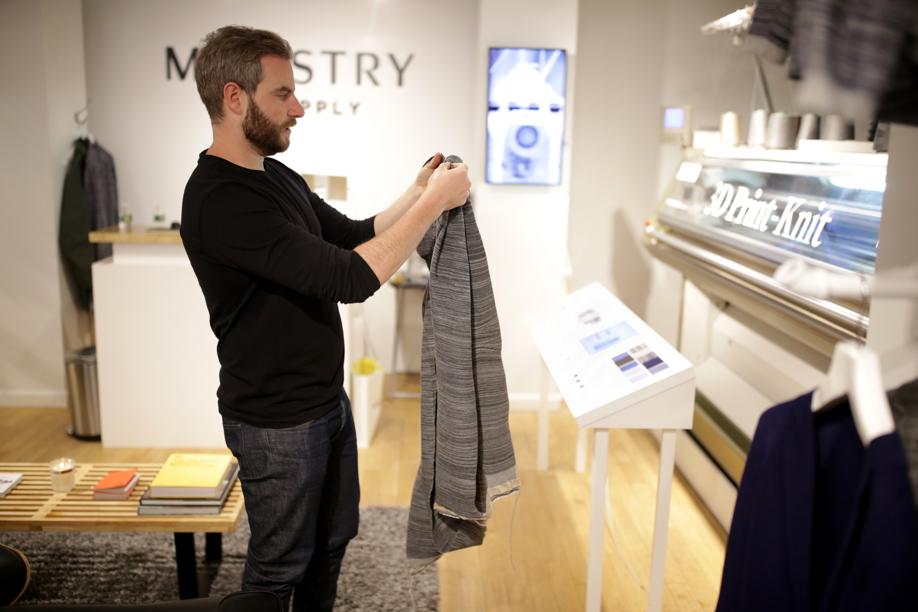 Brian Kennedy of Ministry of Supply inspected a sweater made on the 3D Print-Knit machine. 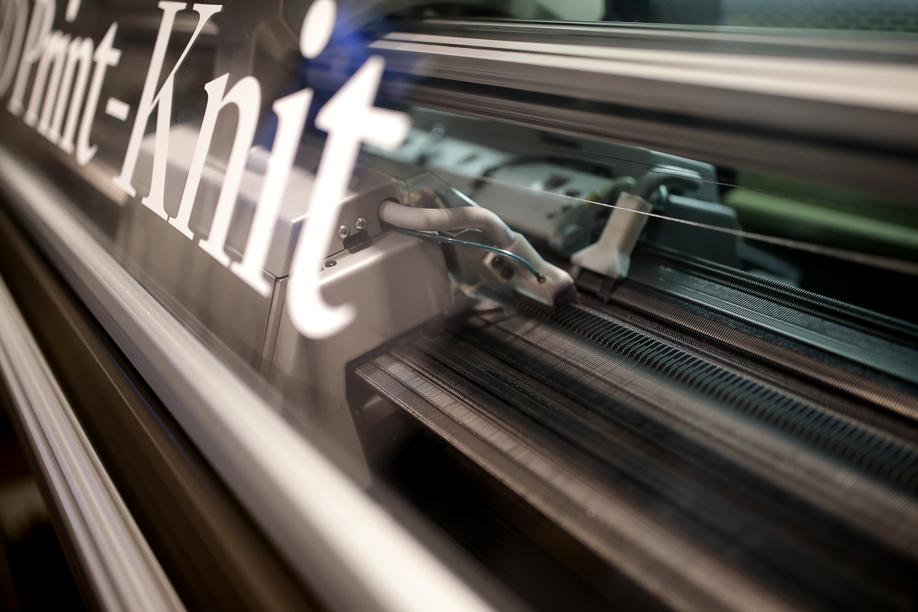 When it comes to officewear, the Ministry of Supply clothing brand has always touted itself as cutting edge. But now, the high-tech clothing line is moving beyond both cutting and seams. On Thursday, the Boston-based company unveiled a couch-size digital loom in its Newbury Street flagship store. In just 90 minutes, the machine, which uses 3-D printing technology, can produce a blazer with no sewing required.

Since its founding five years ago by a group of MIT students, Ministry of Supply has worked to outfit closets with work clothing that mimics workout gear: pieces that manage moisture and odors while providing a degree of movement never associated with starched white button downs.

They call it “performance professional,’’ said Gihan Amarasiriwardena, the company’s cofounder and chief design officer. “Our whole mission as a company has been to use design and technology together to create this new category of pants, blazers, and outerwear,’’ he said. This new machine enables them to be at “the frontier of what the future of the blazer will look like.’’

The machine is created by the Japanese manufacturer Shima Seiki, and uses a circular knitting technique to produce the seamless unisex garment. A customer can select the color, cuff, and other customized features — all for $345. Each piece does require a bit of tweaking once it comes off the machine, Amarasiriwardena said, but is available for pick-up within a few days of an order.

Introducing 3-D printing to the garment industry has the potential to upend both manufacturing and the retail landscape. Typically, clothing designs are made in two dimensions, Amarasiriwardena said, with both patterns and cloth being cut and pieced together. But the machine and its accompanying software allow designers to prototype garments in three dimensions and model them around the human body. The resulting product has a better fit, he said, and creating a seamless garment means less fabric waste.

Amarasiriwardena admits that shifting production to a retail storefront not only changes how clothing is made, but who’s making it (i.e., not people). But he says it allows workers to be more involved in the creative process, and also represents a growing shift away from stores as a point of distribution to more experiential showroom outposts.

The company has nine retail locations, including the Newbury Street store and a showroom in the Leather District. Other retailers like Bonobos and Warby Parker have set up shop on Newbury Street as a way to help promote their e-commerce businesses.

Ministry of Supply isn’t the first local outfitter to incorporate 3-D printing into its products. Last spring, New Balance unveiled its first 3-D printed midsole on a limited edition sneaker. But Amarasiriwardena said that this is the first time that one of the Shima Seiki knitting machines has been placed in a retail setting.

He said that in time he anticipates that a quarter or a third of the company’s clothing will be created on such machines, both in-store and offsite.

“We don’t see this as a small pop-up. We see this as a part of our long-term vision,’’ he said. “We’re not going to have a clearance rack of sizes and colors that didn’t sell, because we’re going to be able to produce exactly what consumers want.’’

PREVIOUS ARTICLE
Article 31 of 105
NEXT ARTICLE