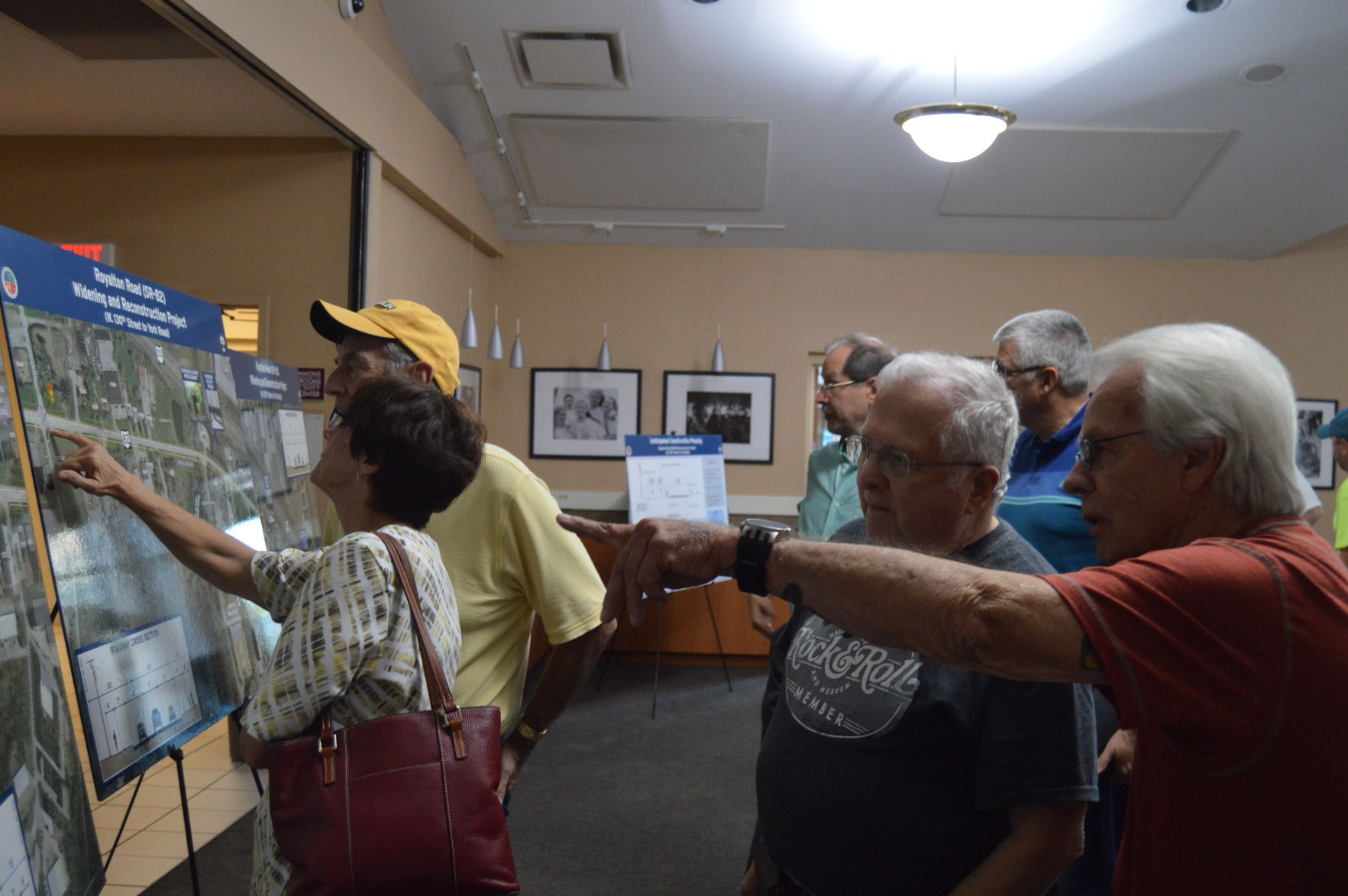 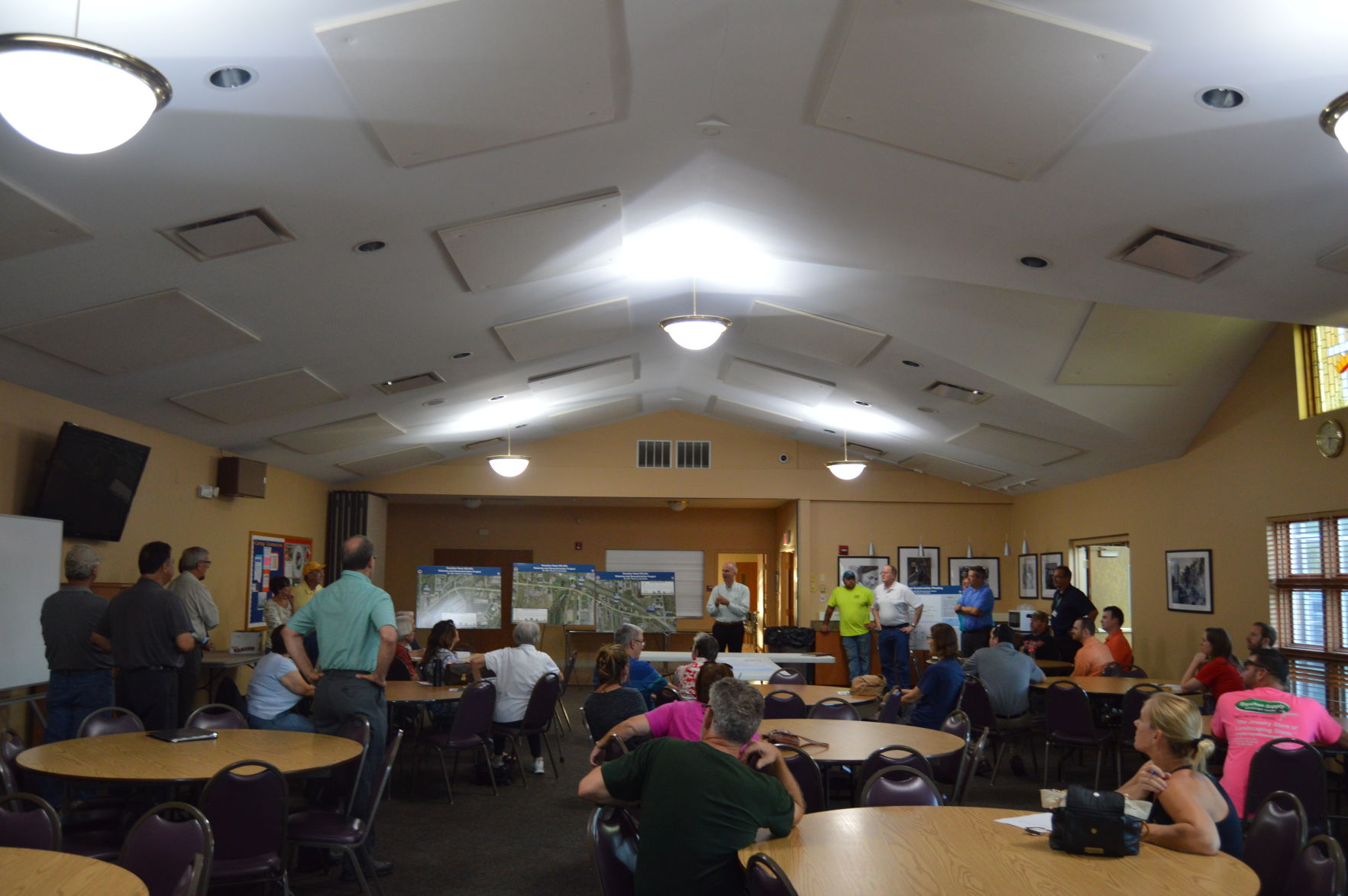 Residents, business owners and city officials were given an update of the Royalton Road widening project, which included the announcement that work will begin in earnest the first part of November.
PREVIOUS IMAGE


NORTH ROYALTON – The Royalton Road widening, a project decades in the making, will finally begin in earnest the first of November.

This news was shared with residents, business owners and city officials at an update of the project during an informational meeting Oct. 9, run by representatives from both the Cuyahoga County Public Works Department and DiGioia-Suburban Excavating, the contractor.

Officials said construction, transforming the two-lane road into a three-lane road with curbs and sidewalks on each side, will begin with the installation of water lines and storm sewers as well as the addition of a temporary pavement to the north of the existing roadway. In the spring, traffic will flip to the north, so that the southern lane can be torn out, base stabilization performed and the road reconstructed from Spruce Run Drive to the city’s service department just east of Abbey Road.

Traffic will then flip to the south so the northern lane can be torn out, base stabilization done and the roadway constructed.

“By the middle of 2019, we should have the first half of this project done,” said Don Holmok, senior estimator for DiGioia.

Also next summer, Abbey Road will become one way northbound for 120 days, so Abbey can be lowered and the intersection at state Route 82 raised to increase the line of sight.

The second half of the Route 82 project will be completed in just the same fashion as the first with storm sewer and water line work and the installation of the temporary pavement to the north first over the winter season of 2019-2020 so the southern lane from the service department to York Road can be torn out and redone in the spring of 2020. Then traffic will flip to the south so the northern lane can be constructed.

Residents or business owners can call the Cuyahoga County’s Field Office at 440-628-9229 with any ongoing issues, questions or concerns throughout the duration of the project. The city will be publishing this in its e-newsletter and website, northroyalton.org.

Those in attendance seem to agree the project is needed but the headache of a two-year road reconstruction is not something that is looked forward to, especially for the residents and businesses that lie within the stretch.

“It could be wider, for the amount of traffic. It’s too congested,” resident Don Keehn said, as he studied project boards before the meeting.

“I’ve worked in construction all my life, so I know the headaches coming,” Phil Simoni, another resident, added.

“I’m not looking forward to this,” another resident, who lives at the Walnut Hill Apartments, said too, thinking aloud of the congestion now mingled with apartment traffic, buses and impending construction. “It’s going to be a mess.”

During the meeting, she expressed concern about the timing of the traffic light at Walnut Hill and Spruce Run during construction.

“I just don’t want to spend my life for the next year at that light,” she said.

Representatives stated they will be having ongoing discussions with Gross Builders, the owner of those apartments, about this issue.

“It might get worse before it gets better, but we are going to do anything we can to ease that impact,” Holmok said. “We’ll do our best.”

Ward 4 Councilman Paul Marnecheck said after the meeting this project has taken longer than anyone thought it would but said the pay off will be worth it.

“But, we have found a way for about 80 percent of the cost to be paid by the federal government. We are getting a tremendous improvement, especially for the industrial park,” he said. “Hopefully, this unlocks a lot of that land and allows us to better balance where our revenue comes from and not be so dependent on individuals through property and income taxes.”