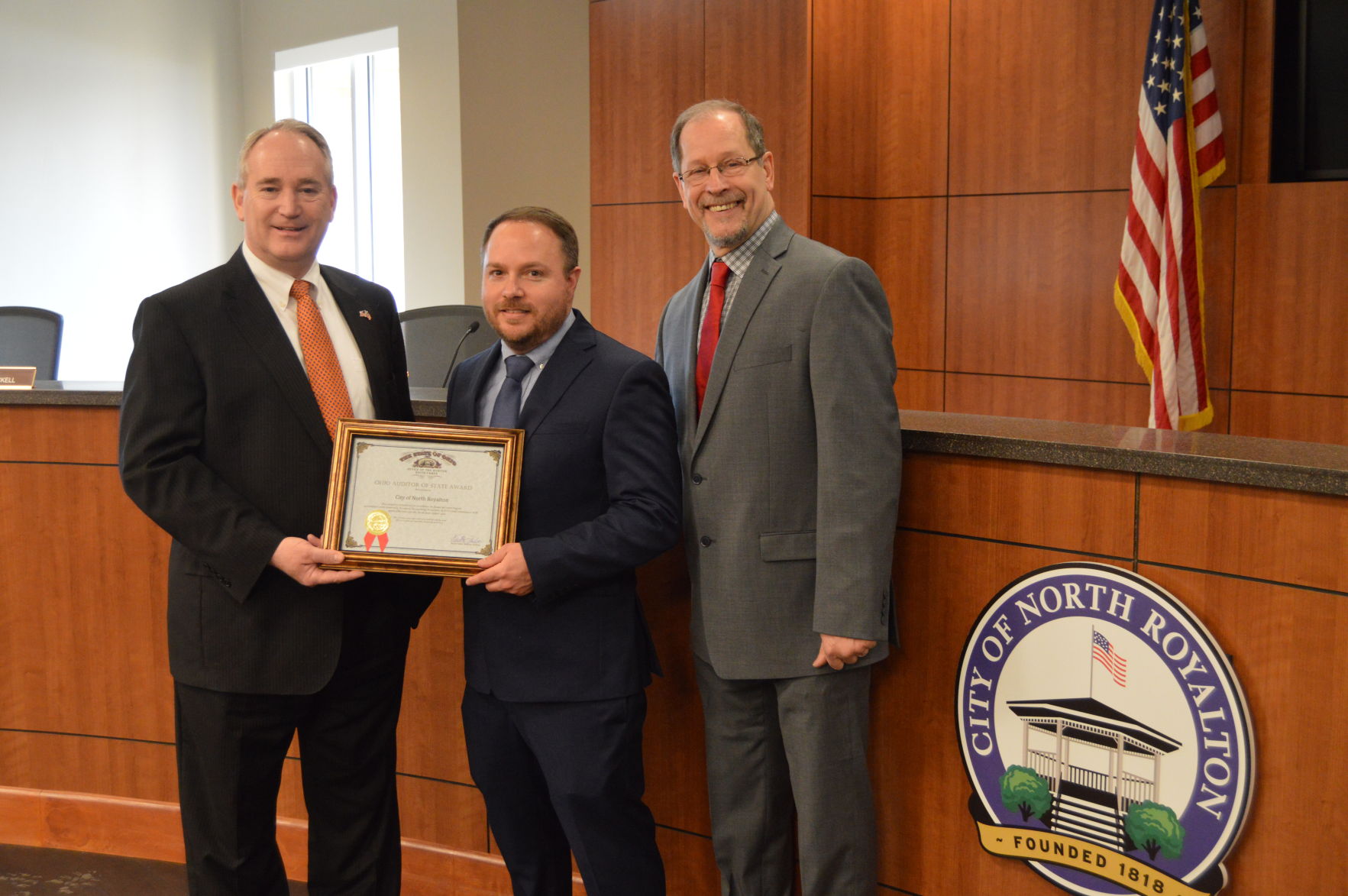 The Auditor of State Award is presented to local governments and school districts, upon the completion of a clean financial audit, that have filed a timely financial report with the state auditor’s office. This award means the audit report did not contain any outstanding issues such as findings for recovery, material citations, material weaknesses, significant deficiencies, single audit findings or questioned costs.

Faber said the community should be proud of its leaders for achieving this.

“I am happy to present the city of North Royalton with this award for their clean audit and commitment to being fiscally responsible for taxpayers,” Faber said. “Not every community gets one of these. This is pretty rare. It represents excellence. The community should be proud of their leaders and continue to strive for efficient and effective government.”

Out of the nearly 6,000 entities audited by the state, just 683 received this award last year and another 167 received the award with distinction.

Dean said it is an important designation that shows the city is following the procedures designed to prevent fraud or misstatements in the city’s financial reports. Though it’s nice to call it an award, he said it should be viewed as an expectation from council and residents.

“The city has a responsibility to properly account for and furnish accurate records to elected council members, who are ultimately responsible for deciding how funds are spent,” he said. “We want to make sure that they have the most accurate information to properly make these decisions.”

Antoskiewicz said this award is a testament to Dean and his staff’s efforts to ensure the city stays compliant with the auditor’s procedures.

“It’s always important and nice to be recognized by our state auditors for a job well done. We’ve been fortunate to have had someone like Dean who works hard at complying with all the auditor requirements. The financial status of the city is of utmost importance that’s why as a committee we are continually monitoring them on a monthly basis,” he said. “This award validates this and that we take our responsibility of monitoring our residents’ tax dollars seriously and will continue to be prudent in how we spend it.”

“The last decade, we have been very conservative, financially, with the philosophy, ‘you can’t unspend it once it’s spent’. That’s why this administration always delivers a conservative budget to city council.”