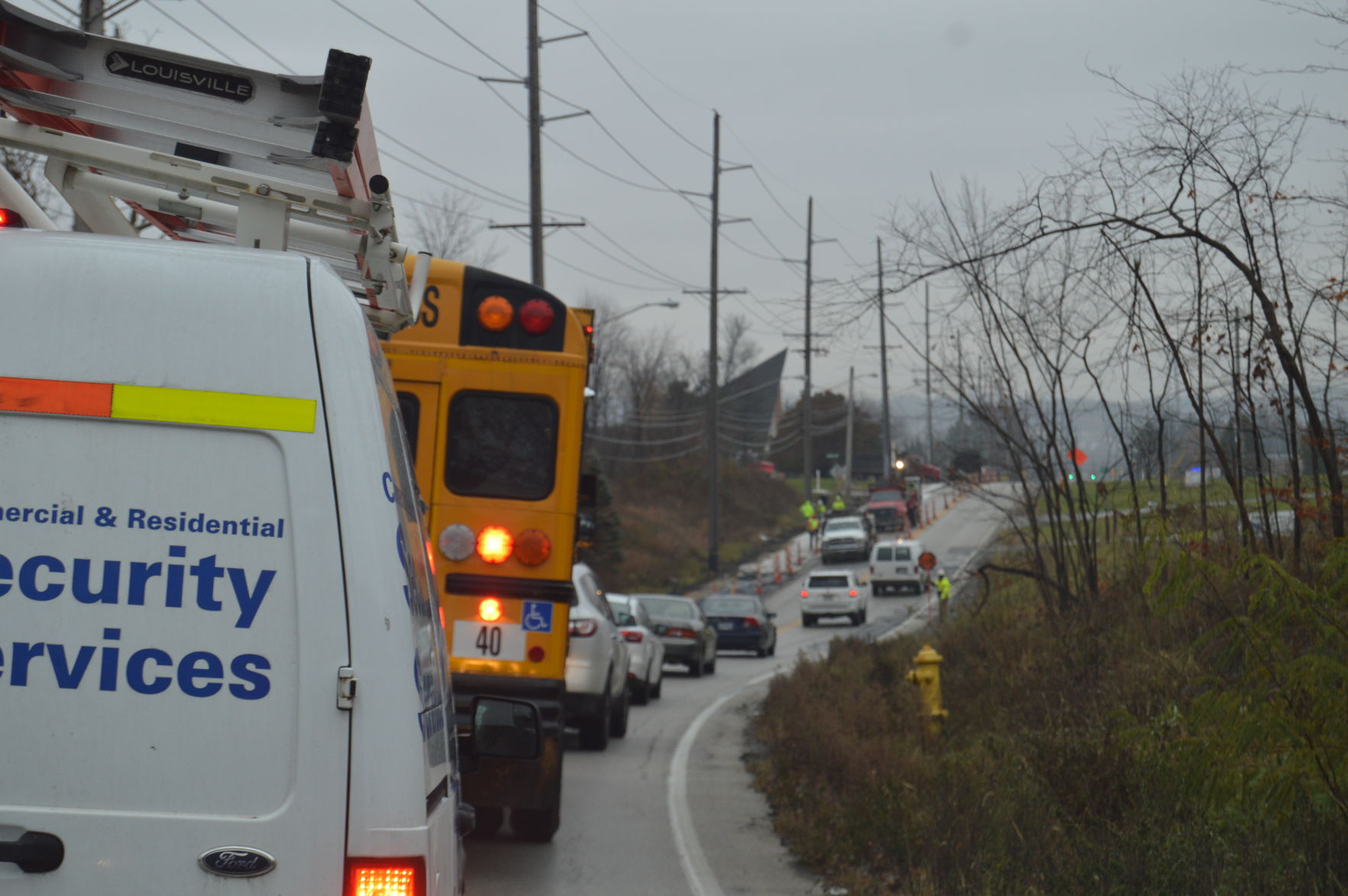 The widening of state Route 82 has begun in earnest with temporary pavement installation to the north, leading to intermittent lane closures this week. Photo by JAIME ANTON
PREVIOUS IMAGE

First on the agenda is laying temporary, concrete pavement to the north, so that traffic can be shifted over to begin work to the south constructing an enclosed storm sewer system and water line over the winter.

That temporary pavement is being laid a bit wider than originally planned to help the flow of traffic overall. Increasing the width pushes the traffic further away from the work zone. Though initially it reduced the flow to one lane causing intermittent traffic delays, it will lead to less traffic interference down the road, said Don Holmok, senior estimator for DiGioia-Suburban Excavating, the project’s contractor.

“We walked the job with the county, and they agreed to make the lane wider to keep traffic further away from us, so we don’t have to interfere with that lane of traffic that much,” Holmok said. “We have about two more weeks of temporary paving, then we’ll be able to move everything over with two lanes of traffic. We’ll re-stripe the road so everyone knows where to go and then we’ll be able to work on the south side with as little interference as possible.”

The temporary pavement, varying in width from 3-8 feet, is expected to be in place within two weeks.

Community Development Director Tom Jordan said the city is working with the county and the contractor to better notify the public of any unscheduled closures in the future.

Any lane closures are being conducted between rush hours to help minimize traffic impacts, Holmok said.

City officials say there will be headaches especially in the next few weeks but it must be done to improve the road in the long term.

“After decades of discussion and rumors and false starts, it finally happened last week, the construction of state Route 82 is underway. The next few weeks especially will be extremely trying as the temporary pavement goes down to keep traffic flowing both ways throughout the construction,” Mayor Bob Stefanik said.

Officials have said actual construction of the roadway, expanding it from two to three lanes, won’t begin until spring. Once the sewer and water lines are in, the southern lane can be torn out, base stabilization performed and the road reconstructed from Spruce Run Drive to the city’s service department just east of Abbey Road.

Traffic will then flip to the south so the northern lane can be torn out, base stabilization done and the roadway constructed.

By the middle of next year, the first half of the project is expected to be complete.

Next winter, the process will begin again in the same fashion with the installation of a temporary pavement to the north and then water line and storm sewer work to the south. Then in the spring of 2020, the southern lane from the service department to York Road will be torn out and redone. Then traffic will flip to the south so the northern lane can be constructed.

Residents or business owners can call the Cuyahoga County Field Office at 440-628-9229 with any ongoing issues, questions or concerns throughout the duration of the project.