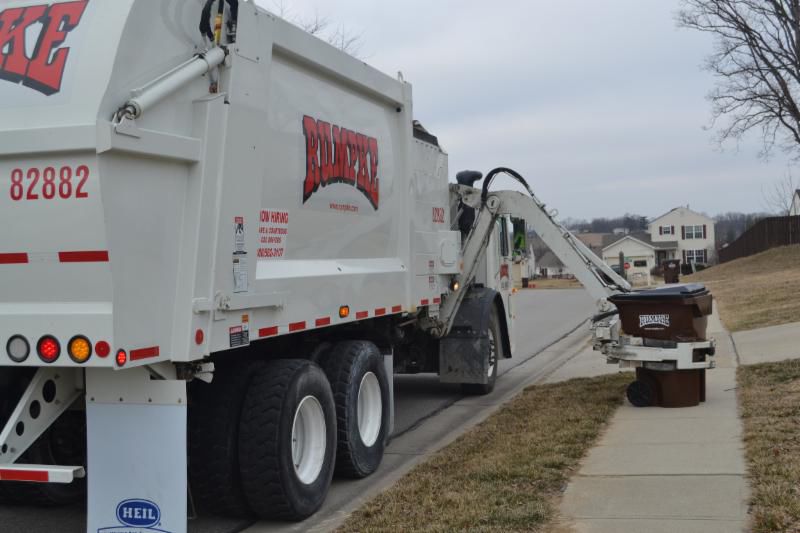 With “recycling contamination” becoming a growing problem both locally and globally, the Cuyahoga County Solid Waste District and city officials are reiterating the importance of getting back to the basics of curbside recycling – cans, cartons, paper and cardboard, glass bottles and jars, and plastic bottles and jugs – to keep the program sustainable. File photo courtesy of RUMPKE

CUYAHOGA COUNTY – County and city officials are once again stressing the importance of getting back to the basics when it comes to recycling especially with recycling contamination becoming a major hurdle to the success of the program.

It’s been widely reportedly both locally and nationally that China’s new environmental policies have greatly impacted recycling here and across the globe.

Up until fairly recently, plastics labeled 1-7 were considered recyclables, but because these items are commodities that are sold and traded throughout the world, those rules have changed.

According to the Cuyahoga County Solid Waste District (CCSWD), globally, the supply has exceeded demand largely due to restrictions imposed by China on material they will import, mainly mixed plastics and paper. China now wants cleaner, sorted recyclables to produce goods.

Therefore, some items that were once “recyclable” are now seen as a contamination that threatens the sustainability of the program.

Recycling contamination occurs when well-intended recyclers mistakenly put the wrong items into their recycling. The CCSWD said this can wreak havoc on the recycling process.

In fact, too much contamination in a truckload can ruin that entire load, sending it to the garbage instead.

Hazardous items and machine tanglers are also a contamination – propane tanks, syringes, scrap metal, plastic bags, hangers, rubber hoses – and must be removed, which is very costly and is passed on to municipalities. These items are also dangerous in the recycling stream. Residents should note that plastic bags can be recycled at many local grocery stores.

Because contamination is such a threat to the sustainability of the program, the focus is now on recycling correctly at the curb.

The best way to do this and avoid contamination is to focus curbside recycling on these five core items: cans; cartons for milk, soup, broth and juice; glass bottles and jars; paper and cardboard, excluding sanitary items and those contaminated with food; and plastic bottles and jugs with an opening or neck narrower than the body.

Plastics, cans, glass, etc. should all be emptied, rinsed clean and dried. Boxes should be flattened to save space and must stay dry because they become ruined when wet. The cap of cartons or bottles should be replaced on the container because it is too small to be recycled by itself.

And finally, all items should be loose, not bagged, in the recycling bin or cart.

Residents should never use their recycling cart as an overflow for garbage.

Officials say it might seem like a step backward, but there is really no choice under the new policies. The best way to move forward is to change past mindsets and follow these new guidelines. Residents should also consider their overall waste consumption.

“The only way to move forward is to follow these guidelines. People need to also focus on what they are consuming and try to reduce their overall consumption and waste. Reduce is the first item in the hierarchy: Reduce, Reuse, Recycle,” said Jessica Fenos, planner for the CCSWD who worked with the city of North Royalton on its most current recycling contract.

“Contamination is really the biggest problem,” said Jennifer Milbrandt, Strongsville’s coordinator of natural resources. “We have to get out of the past mindsets that yogurt containers, strawberry or spinach containers, takeout containers and greasy pizza boxes are recyclables. They are not, not any longer with the changes occurring to recycling. We really have to get back to the basics and recycle the proper materials.”

For more detailed information on global recycling changes, how to recycle or questions, visit cuyahogarecycles.org.