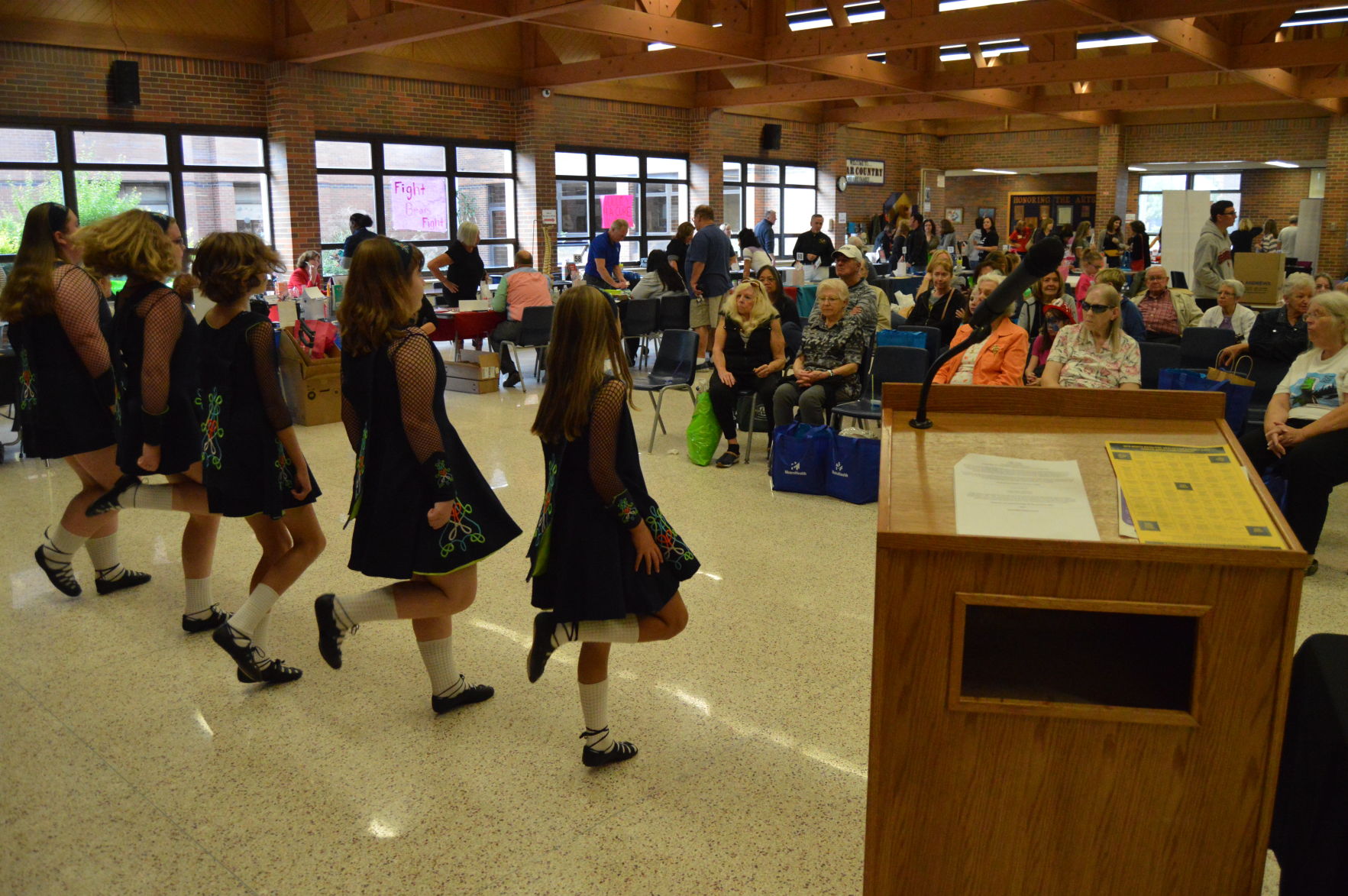 Cannon Irish Dancers entertain the crowd during the expo. 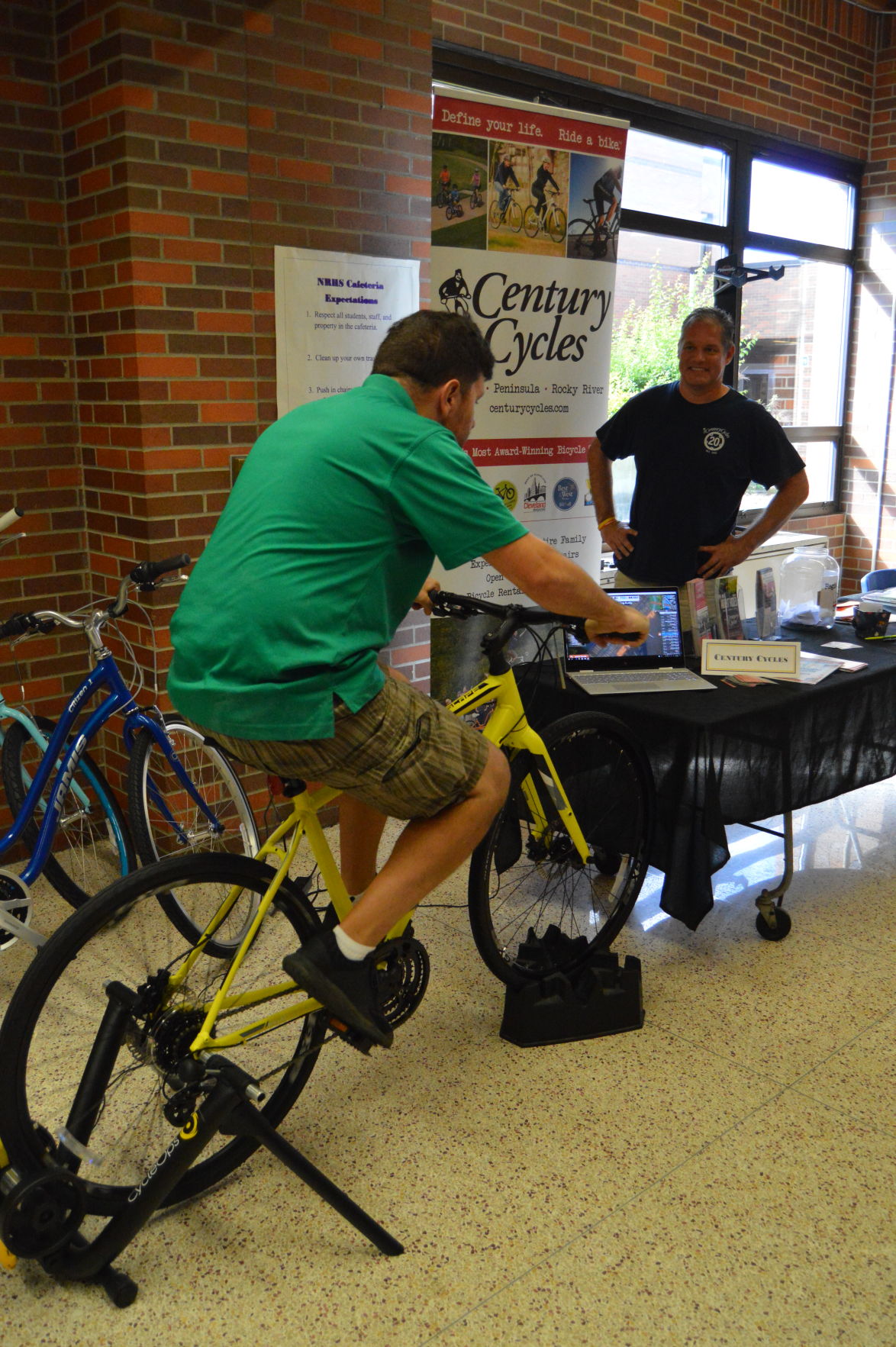 Ward 4 Councilman Paul Marnecheck, a cyclist, puts the pedal to the metal while giving Century Cycles’ stationary virtual trainer a ride, which enables a bike to be used indoors during the off season. 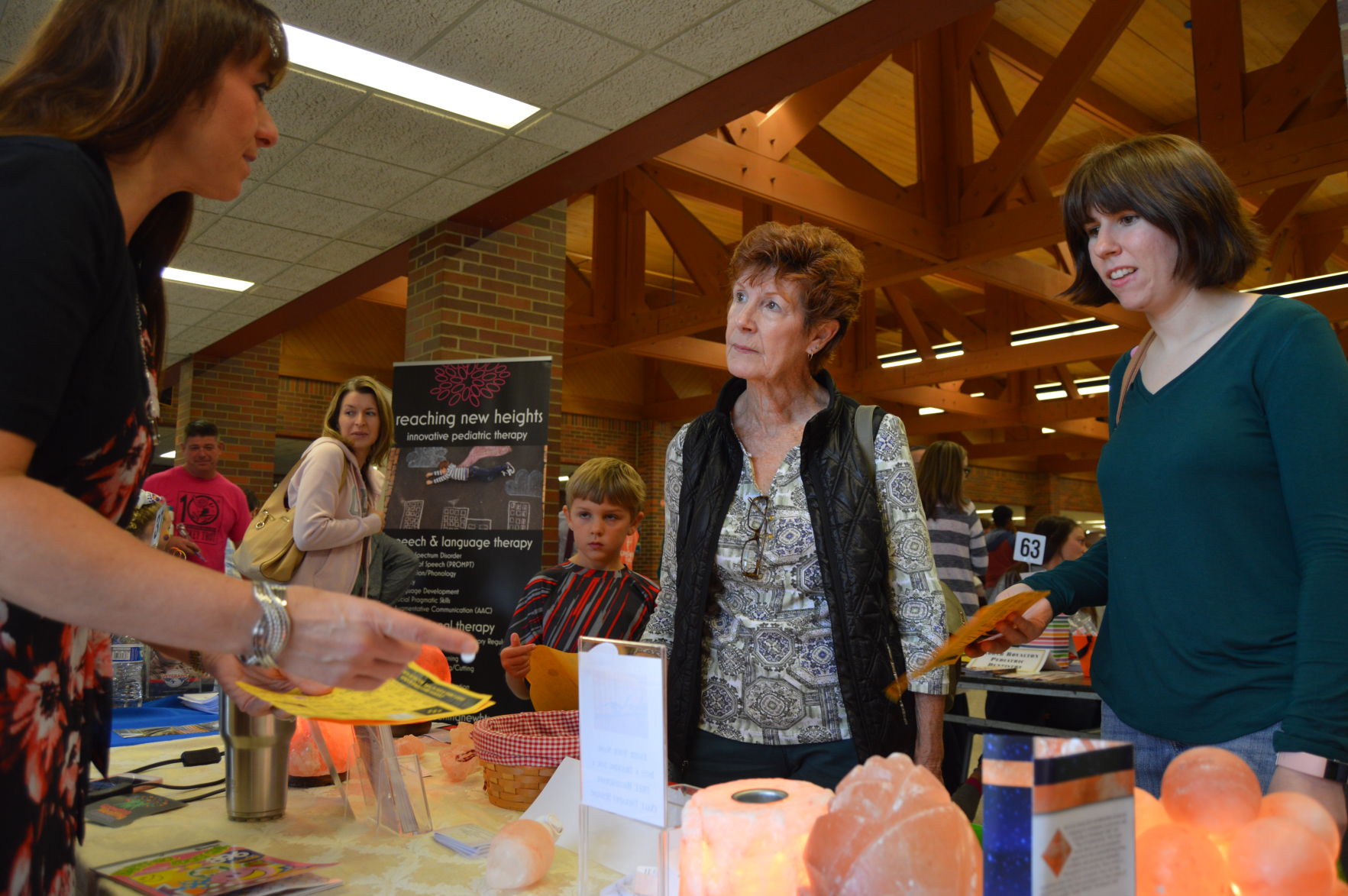 Dozens of health and community-related businesses and organizations attend the health expo, creating for guests a one-stop shop for wellness. Lisa Bargmann, owner of Holistic Halo Salt Spa in Royalton, explains the healing properties of salt therapy to Judy Grimm, of North Royalton, and Samantha Martin, of Strongsville. 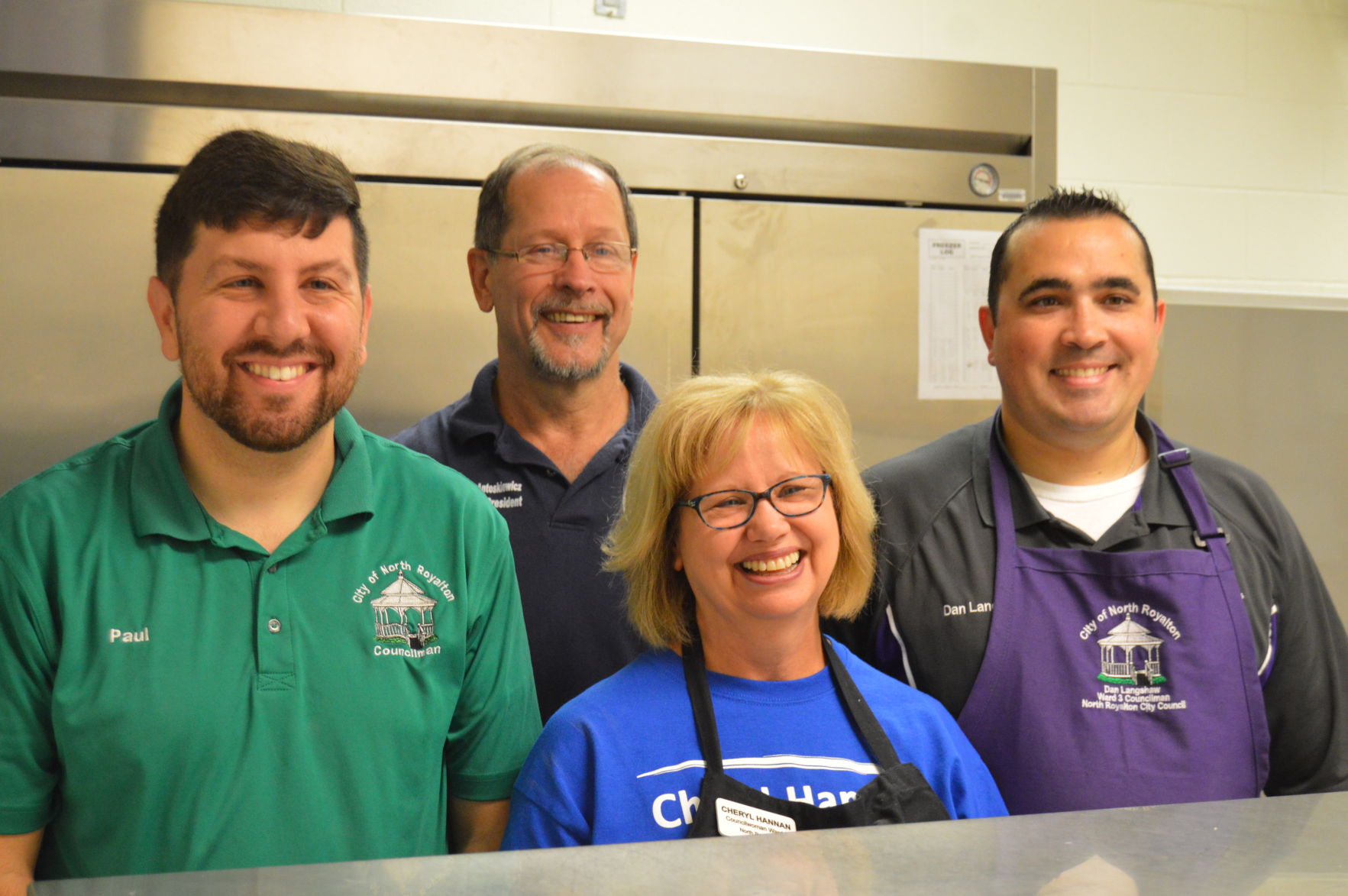 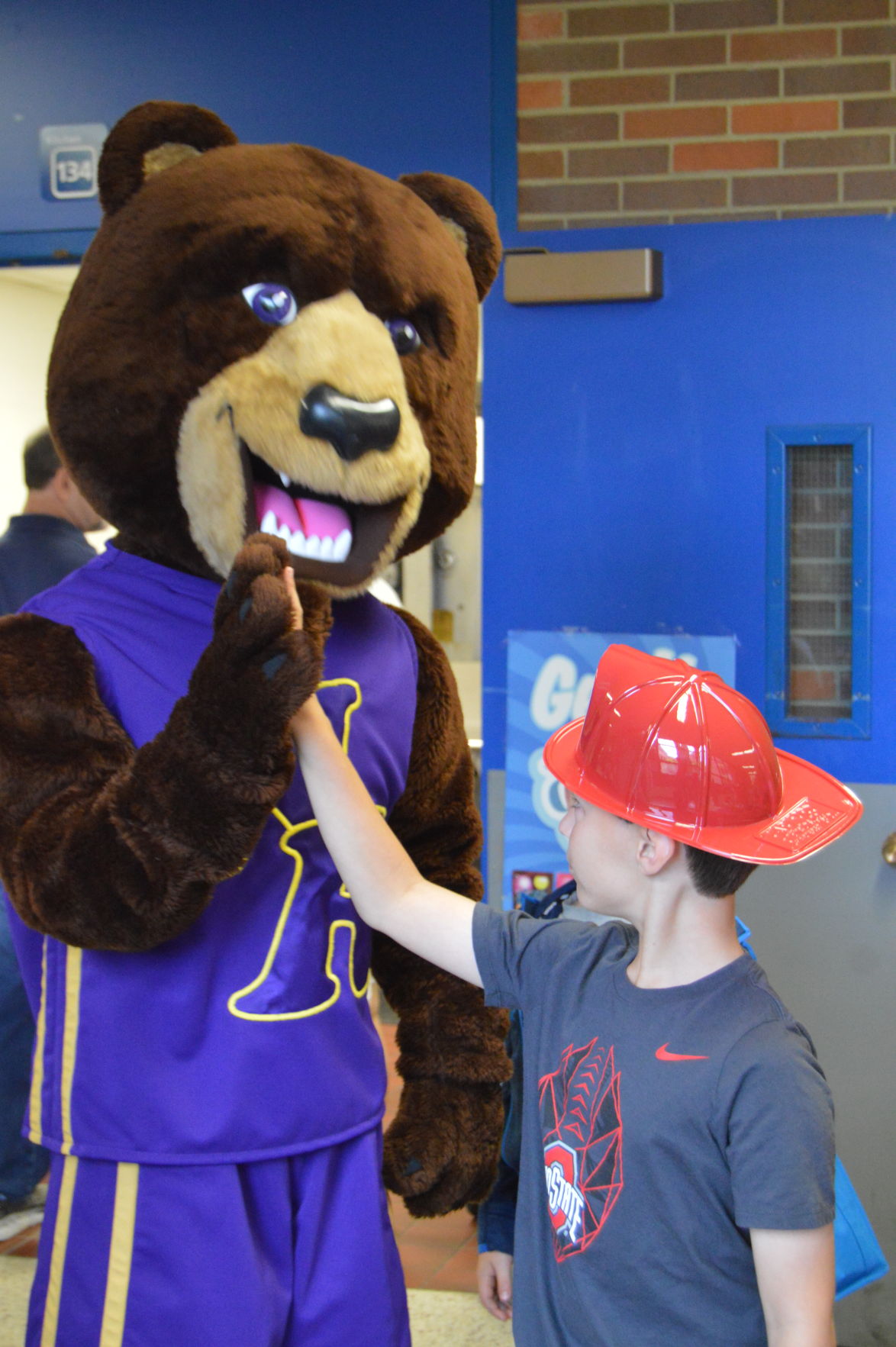 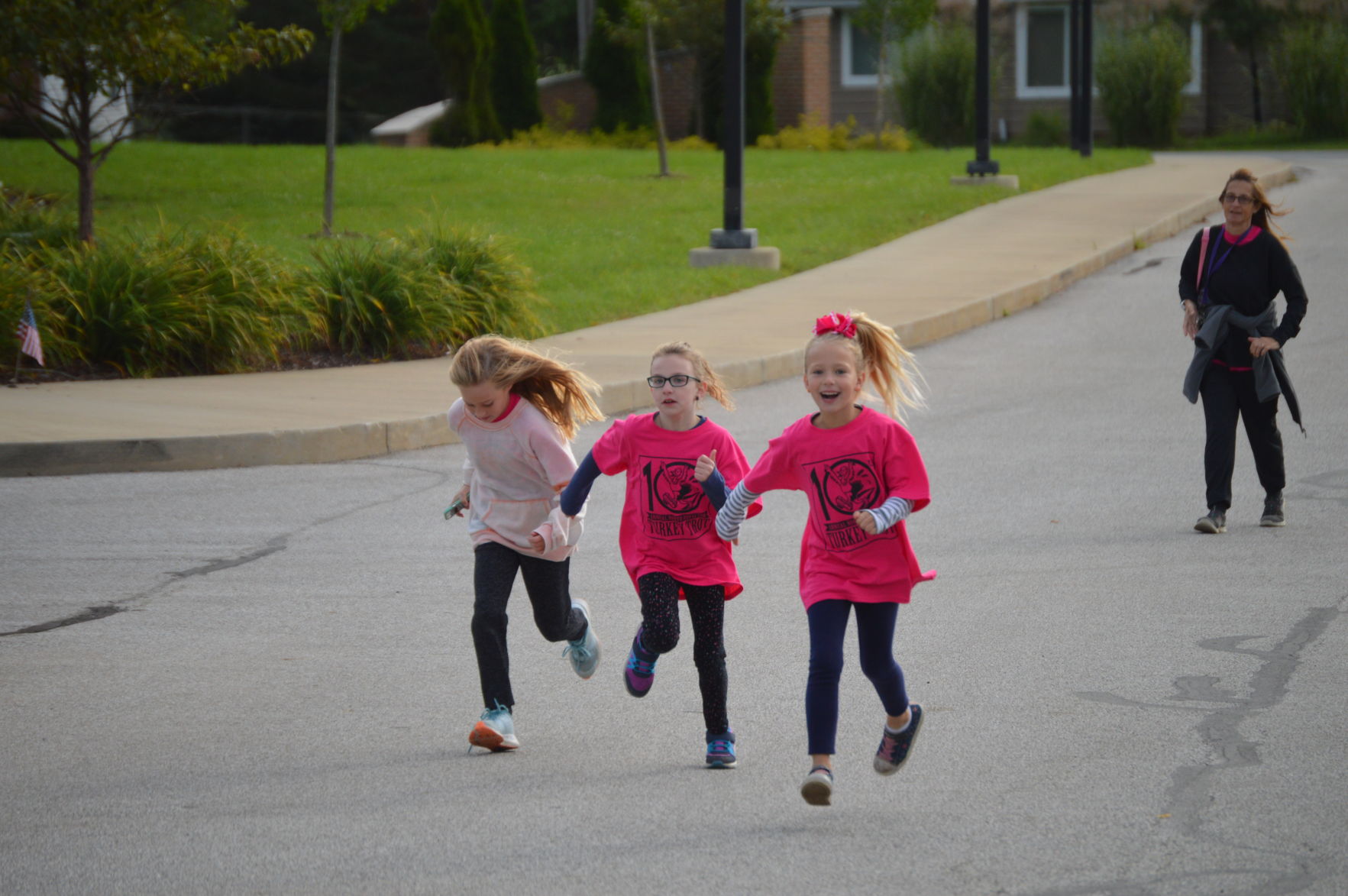 (Left to right) Madison Jackson, 9, and her friends Lilyanne Anton, 9, and Alyssa Anton, 6, all of North Royalton, participated in their very first Turkey Trot. 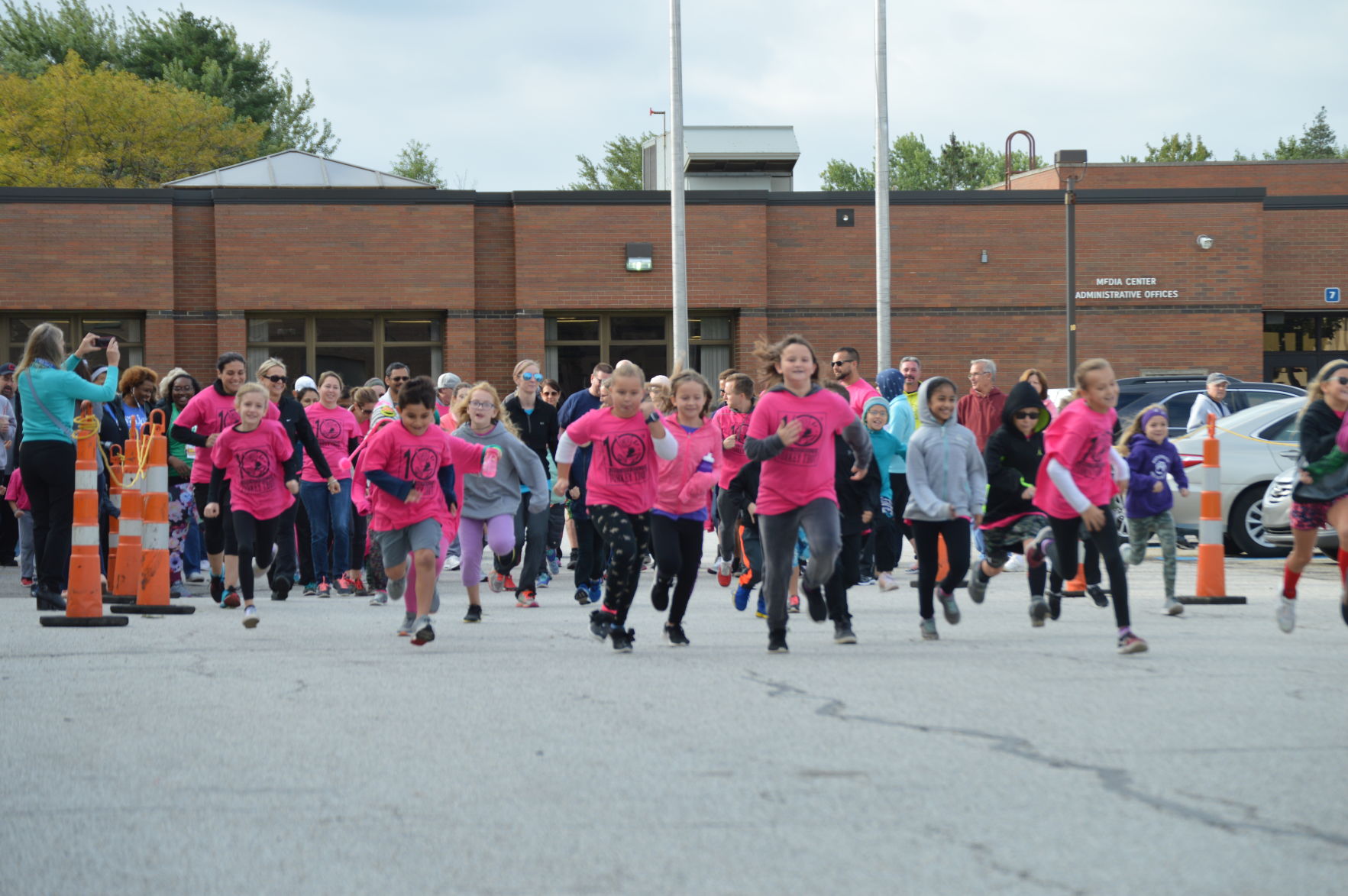 Nearly 100 racers participated in the 10th annual Turkey Trot, which not only focuses on health but also service to others as it is part of a food drive for the North Royalton Food Pantry and a pet food drive for Parma Animal Shelter. 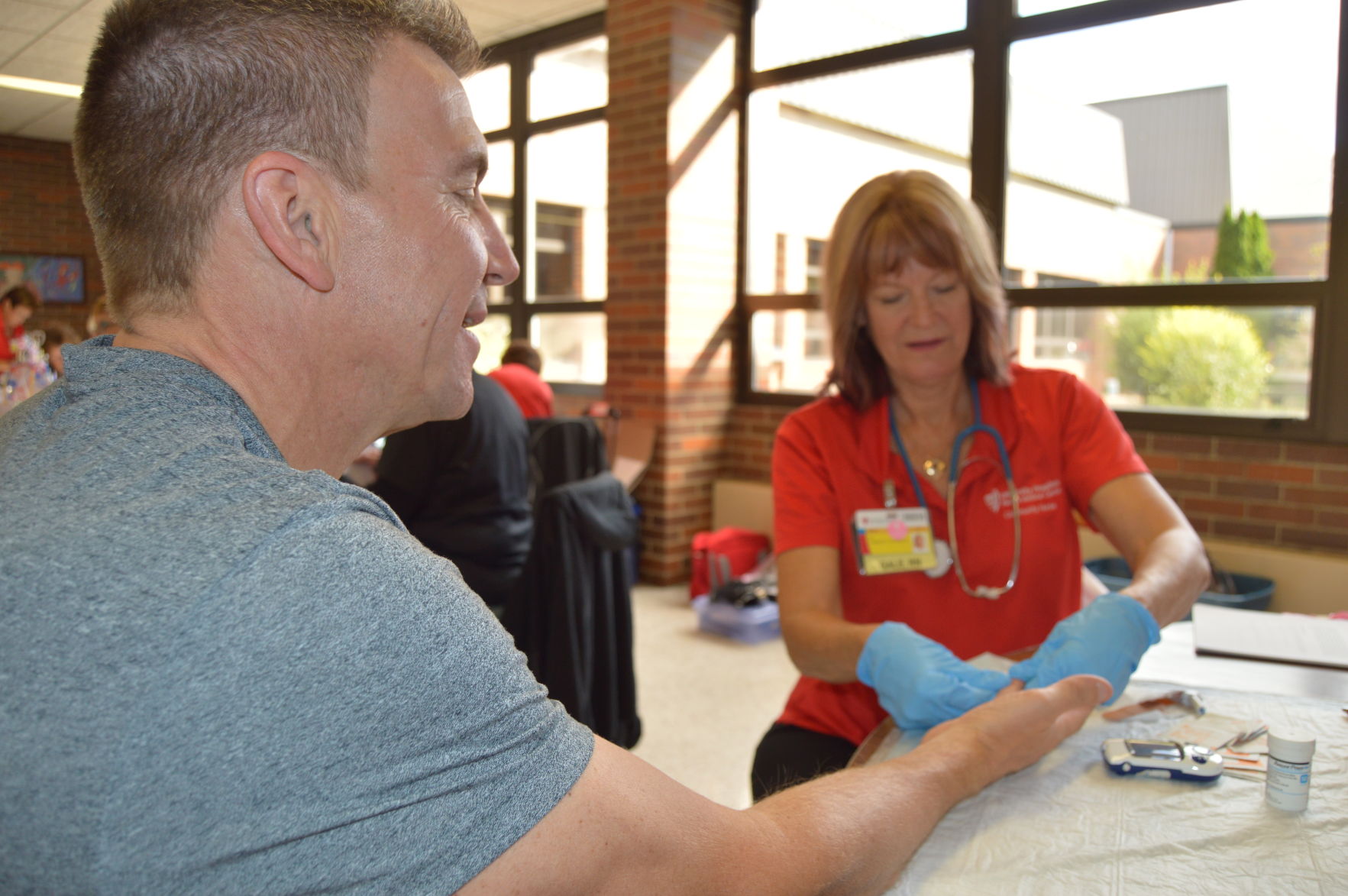 Assistant Superintendent Jim Presot, an avid runner, took the time to learn his numbers partaking in all the health screenings during the expo. Here he gets a blood glucose check. Photos by JAIME ANTON
PREVIOUS IMAGE


NORTH ROYALTON – Where else do residents have the choice of participating in one of two races, enjoying a free breakfast served up by city council, getting the all-important flu vaccine, checking up on their health with various medical screenings and learning about various aspects of wellness at dozens of health-related booths all under one roof?

The ninth annual Health Fair and Family Expo is a unique event that offered just that.

Fireman Mark Baltakis, an avid runner, started his Saturday with a tradition he does every year at this time … the 18th annual 5K Bear Run.

“I do this every year for the past four years or so. I won it one year, last year I came in second. In my age group, I’d be happy to win it. I haven’t been running in a while so this is getting me back in it,” he said, as he waited for the race to begin at the starting line.

A few seconds later, they were off and behind them the Turkey Trot racers lined up.

This marked the very first Turkey Trot for Madison Jackson, 9, a fourth-grader at Albion Elementary.

“I like to walk and run and be active,” she said of her reason for wanting to participate.

Madison was one of nearly 100 trotting. The 10th annual Turkey Trot is meant to encourage elementary school parents and children to be active while also serving others with a food drive and pet food drive for the North Royalton Food Pantry and the Parma Animal Shelter.

Albion Elementary physical education teacher Aaron Wheeler gave a bit of a pep talk to trotters before they took their mark, sharing that the trot is about so much more than exercise.

“It’s about helping others and raising money and food and being of service to others,” he told the crowd. “And we are in the thousands of dollars we’ve raised.”

After the race, many trotted on over to Council President Larry Antoskiewicz’s free pancake breakfast to refuel. Pat Worton enjoyed breakfast after chatting with a physician about the arthritis she suffers in her hands.

“I also came for pancakes, free pancakes,” she smiled, “and to see everybody. I’m also going to get my flu shot.”

Stacey Kelley was also enjoying breakfast at another table.

It truly brings everyone together: city employees, school employees, parents and students, businesses and residents.

Darlene Thomas, an administrative assistant for the mayor’s office, stopped by booths and all the health screenings.

“I did the blood pressure screening, glucose screening and bone density, and they said I’m good to go. What’s more important than your health?” she said of her motivation for attending.

Also making his health a priority was Assistant Superintendent Jim Presot, who did all the screenings too.

“I do all the screening here as well, and I use this to navigate my health. Everyone should take the opportunity to do these free screenings. It can save your life. I really believe in this,” he said, after getting his glucose checked.

John and Margaret Kohl also did the screenings. John said he hadn’t gotten a flu shot in a long time and decided to because of the expo.

“It’s a great affair because it allows people to have screenings, get their flu shots,” Margaret said. “People that avoid the doctor will go to something like this because of the comfort. It’s just a great event.”