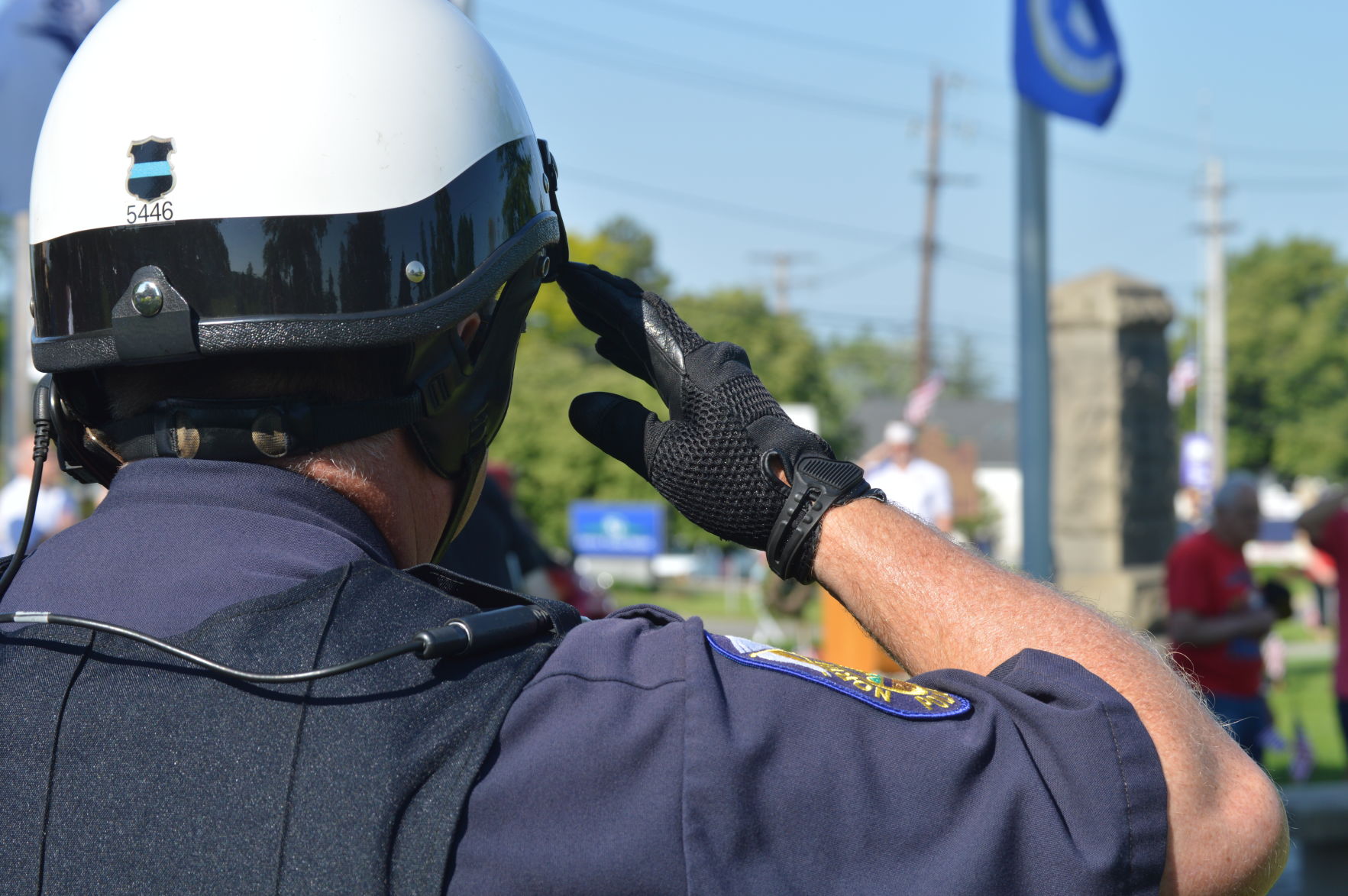 
NORTH ROYALTON – Memorial Day is more than a day off work enjoying a cookout with family and friends.

It is a day that pays tribute to the men and women who have died serving their country.

Each year on Memorial Day, the community pays tribute to the more than 1.3 million Americans who have made the ultimate sacrifice since the country’s birth with a somber ceremony at the Veterans’ Memorial in the North Royalton Cemetery, located at 6170 Royalton Road.

This ceremony is planned at 9 a.m. May 27 and is led by guest speaker Tim Zvoncheck, commander of the Strongsville VFW Post 3345, who always shares on the meaning behind this national observance.

Colors will be posted and VFW members will present a wreath and flowers during the program.

The Strongsville VFW and the North Royalton Police Department honor guards will then conduct a 21-gun salute followed by “Taps” and a bagpipe rendition of “Amazing Grace.”

The North Royalton Police and Fire departments attend every year, as well, to pay their respects.

“We start the day with our neighbors in North Royalton remembering the price servicemen and women have made serving our country. It’s our honor to be invited back each year to do the ceremony with Mayor Bob Stefanik, the police and fire honor guards and the residents of North Royalton,” Zvoncheck said.

Immediately following this ceremony, the city’s Veterans Liaison Wally Ohler will host another ceremony and place flowers at the Cpl. Jeffrey Boskovitch Fallen Heroes Memorial at the City Green. Boskovitch was killed while serving in Iraq in 2005.

A few Gold Star families will likely attend Ohler said to place flowers at the foot of the memorial for their lost loved one.

Ohler, with the help of volunteers, will be placing flags on soldiers’ graves at both the main cemetery on Royalton Road and the early settlers’ Pritchard Cemetery on Edgerton Road prior to Memorial Day.

He said it’s important to honor the sacrifices and everyone who has served this country.

“It’s important because many have taken the journey to fight the evil that is in this world, and many that have taken that journey have lost their lives defending our freedom. We owe a debt that cannot be repaid,” Ohler said. “We hold a special place in our hearts for the men and women who have served this country and made this country and world a better place. They will never be forgotten.”