Route 82 widening ahead of schedule
Crews to jump ahead, widen more roadway earlier than planned before winter 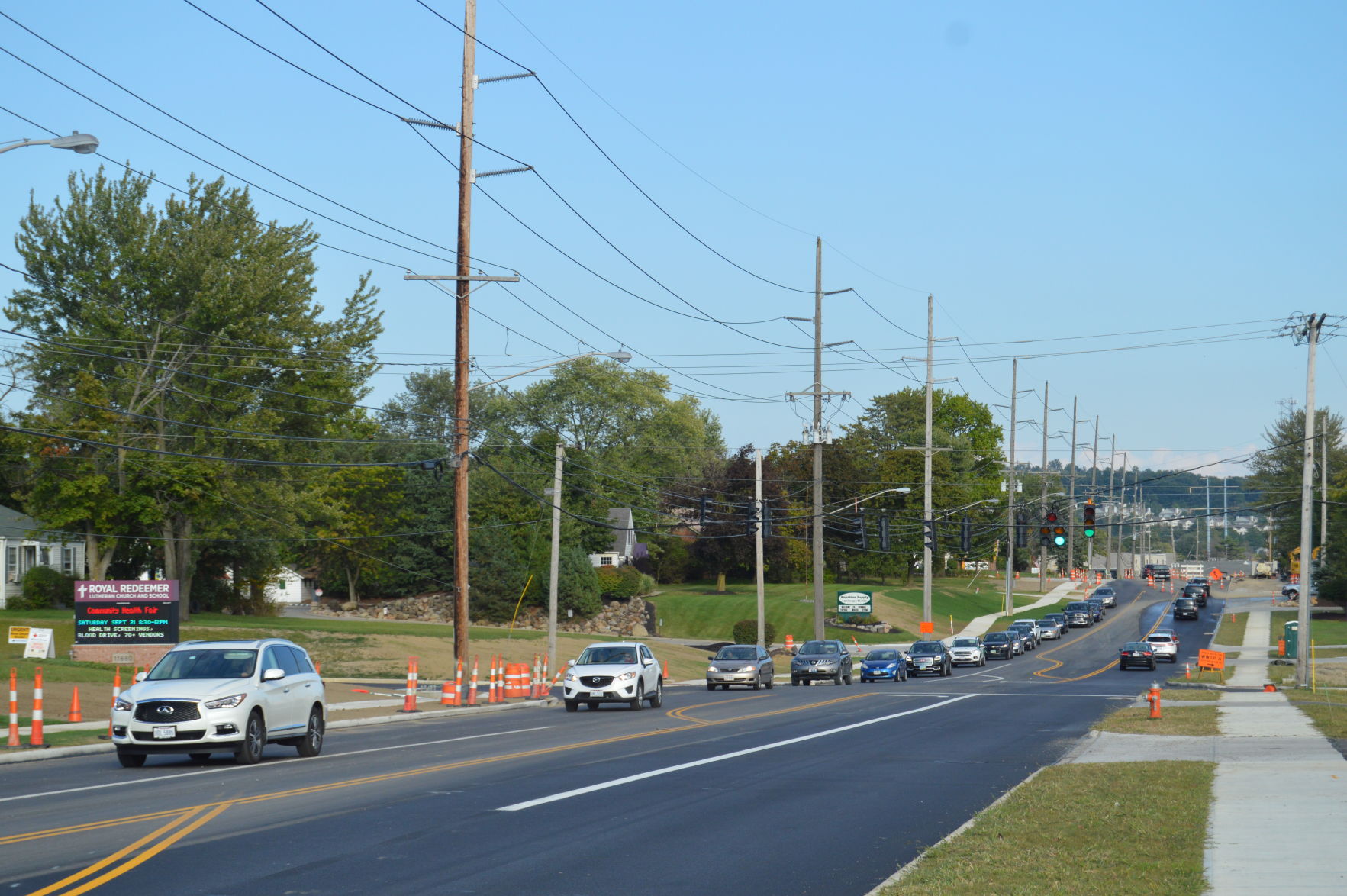 The first portion of the widening and reconstruction of state Route 82 is finished ahead of schedule so work will continue, as long as the weather permits, to jump ahead to the second phase, widening both the north and south lanes from just east of the city service garage to just east of the North Royalton School District bus facility before year’s end. Photo by JAIME ANTON
PREVIOUS IMAGE


NORTH ROYALTON – The widening of state Route 82 is months ahead of schedule, so crews will be taking advantage of this progress and the warm weather by tackling more of the widening, earlier than originally planned, before winter sets in.

The final pavement course has been laid from Spruce Run Drive to just east of the city’s service garage, and the contractor was simply waiting on the oils to rise up from the pavement before applying the permanent pavement markings.

Because the project is ahead, the weather is looking good and asphalt plants do not close for the season until the end of November, the decision has been made to widen both the north and south lanes where the new pavement ends near the service garage to just east of the North Royalton School District’s bus facility by the end of the year, so long as the weather cooperates.

Starting the project back in November and allowing the contractor to tackle much of the underground work over the past winter, made the actual pavement construction go much quicker.

“By allowing the contractor to work all winter on all underground utilities really set the project way ahead of schedule and got us further along than the original schedule anticipated,” said City Engineer Mark Schmitzer. “The pavement has been milled off on the south side. The crews did all the hard work this winter, so it’s not going to take much to get the rest done.”

In fact, the rest of the project – where crews end up leaving off before winter through the project’s end at York Road – should be completely wrapped up sometime next summer.

The city is pleased with the work thus far. There were hiccups in the beginning with gas line breaks but Schmitzer said the city is impressed with the work and that driving the new section, which now features a turning lane, is a night and day difference when compared to before.

All of the seeding along the route is nearly complete, the sidewalks and driveway aprons are finished. All that remains on the new section is the final street striping and the new traffic signal poles and lights, Schmitzer said.

“It’s wonderful seeing wide open roads on Route 82 again,” she said. “And because much of the underground work was accomplished over the winter months, the project is approximately nine months ahead of schedule. If the weather cooperates, the whole project will be complete by next summer.”