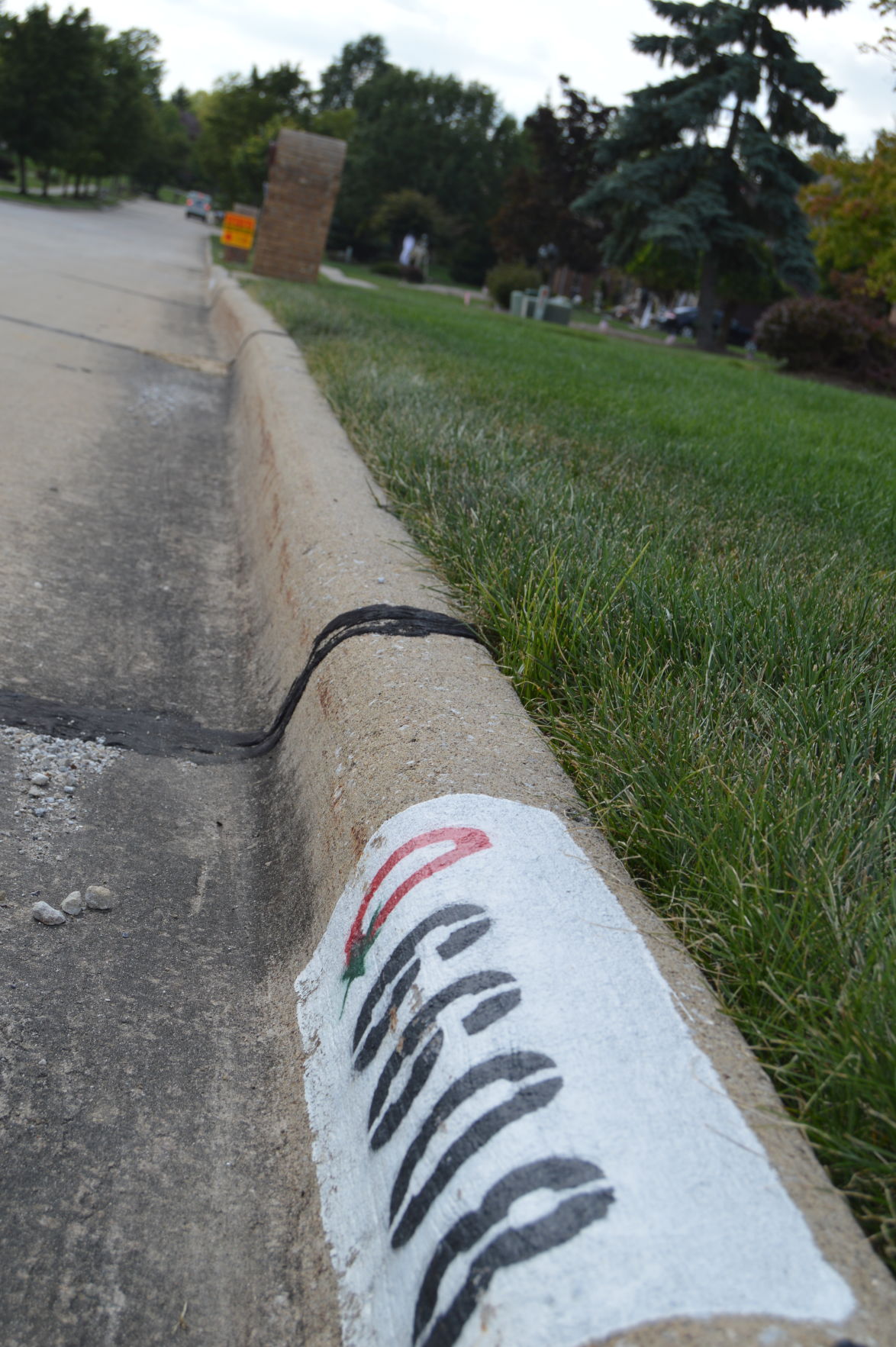 In an effort to address curb painting schemes, at the request of Ward 3 Councilman Dan Langshaw, council voted 6-1 to strengthen the penalty for soliciting without proper permits and clarified who is exempt from such permits. File photo by JAIME ANTON
PREVIOUS IMAGE


NORTH ROYALTON – What started as a councilman looking to better safeguard residents from curb painting scams ended with city council clarifying and strengthening its ordinance pertaining to solicitation.

Back in July, Ward 3 Councilman Dan Langshaw initiated discussion on the topic urging his peers to consider some type of additional mechanism be put in place or existing measures strengthened to prevent residents from being taken advantage of.

The topic was debated several times with even banning curb painting being suggested at one point.

In the past, residents have reported envelopes being taped to their doors or mailboxes by individuals essentially requesting that money be left out if they would like their address painted on the curb. These services can be legitimate, but there have been reports locally where the painter never follows through with the service.

In an effort to not only address curb painting but the broader issue of solicitation, council voted 6-1 last month to put a bit more teeth into its ordinance by increasing the penalty to deter solicitation without a permit and to clarify who requires a permit.

The ordinance has been amended to identify exemptions: solicitors and peddlers are required to obtain a permit through the police department except anyone soliciting contributions or those offering the sale of any goods or publications for religious, charitable, civic, educational or political organization or candidate.

Those who fail to comply by obtaining a permit could now be guilty of a fourth-degree misdemeanor, rather than a minor misdemeanor as before, for the first offense. For each additional offense, the penalty moves up a degree.

A minor misdemeanor carries a maximum penalty of $150 fine with no possibility for incarceration. As a fourth-degree misdemeanor, a violator could be exposed to a fine of up to $250 and a potential 30 days in jail, per the judge’s discretion.

Langshaw said this penalty is now in line with neighboring communities such as Parma and Strongsville.

Administratively, Langshaw added the police department is doing a better job telling solicitors they have to register with the building department if they are a contractor as some may have been unaware this was a necessary step in the past.

“I appreciate working with the rest of council to strengthen our solicitors ordinance to help better protect our residents, while supporting positive community groups and individuals that do legitimately go door to door in a safe manner,” Langshaw said.

“I supported it and co-sponsored it because it clarifies who needs a permit and who doesn’t because before it wasn’t clear who needed one and who didn’t. I wanted it in writing what the rules are, what the prohibitions are and what the penalties are so everyone knows.”

The sole no vote against the legislation was Ward 5 Councilwoman Cheryl Hannan, stating she believed this was a nonissue.