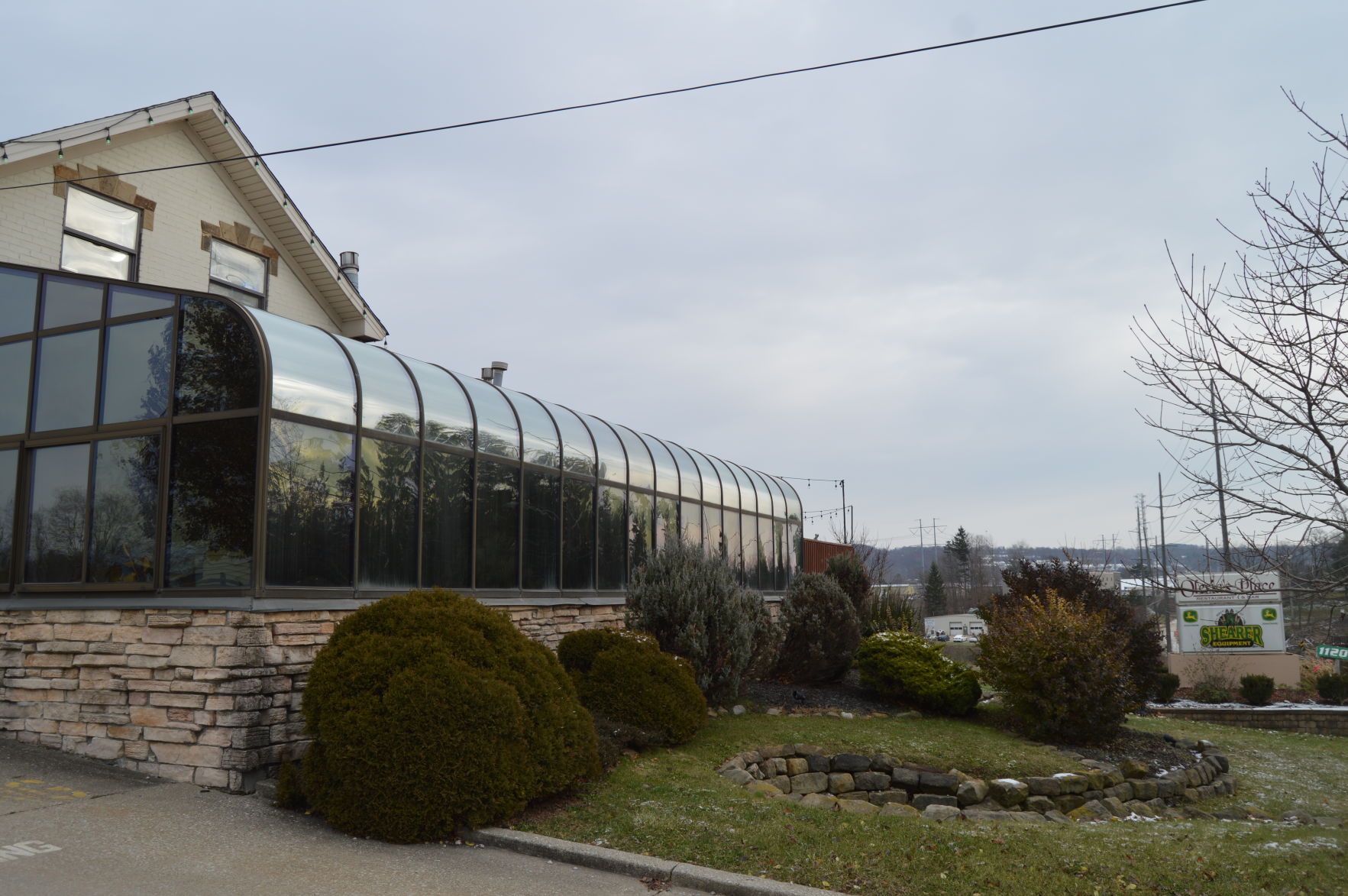 Olesia’s Place, a Ukrainian restaurant that has called this space home for seven years, will be relocating to the former Taverne of Richfield building, likely in June. This building will then be torn down by the property owner and a freestanding, 11,520-square-feet commercial building constructed in its place as part of the new 82 Biz Plex development. Photos by JAIME ANTON 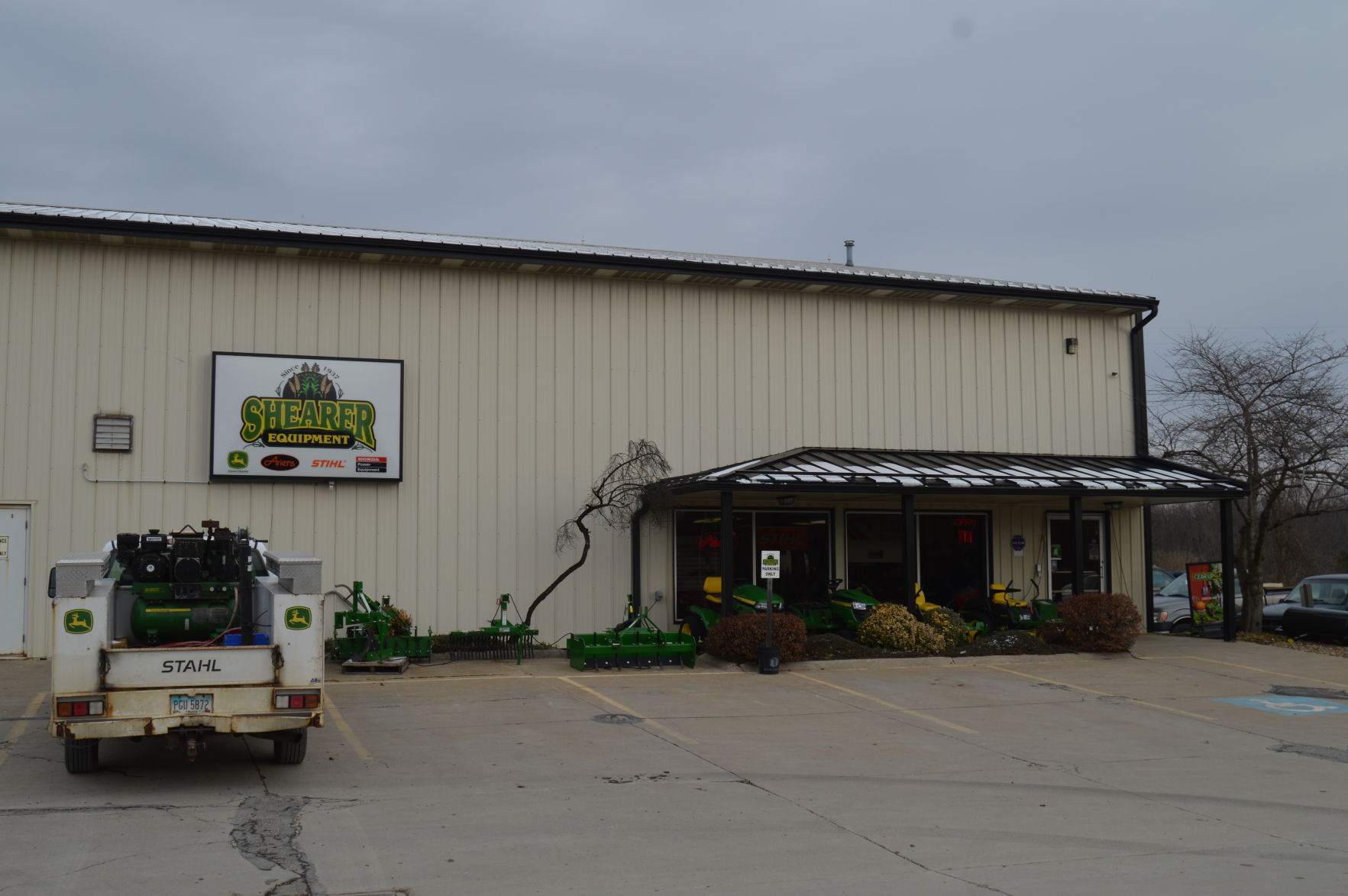 
NORTH ROYALTON – The North Royalton Planning Commission has approved a property owner’s site plans which include two additions on the Shearer Equipment building for new tenants and razing the building that houses Olesia’s Place and the home next door to make way for a multi-tenant building as part of the new 82 Biz Plex.

These three properties have been owned by Andrea Reedy’s family since 1974 when the site was known as the Tractor Place.

Reedy brought forward site plans, which were OK’d Dec. 5 by the commission, to add flexible space to both sides of the building housing Shearer – approximately 4,500 square feet to the west and 7,290 square feet to the east – for future office/light industrial tenants.

The proposal for this future 82 Biz Plex also includes razing the building in front of Shearer where Olesia’s Place is located, 11204 Royalton Road, and the home next door to construct a new, single-story freestanding building, 11,520 square feet in size, that can accommodate up to eight new tenants, also for office/light industrial. A new driveway will be installed where the home is currently. Planning also voted to consolidate all three parcels into one.

Reedy said there is demand for business space and that the these plans will greatly enhance the site.

“We plan to begin construction in 2019. The site offers great access to the turnpike to I-71 and this is a good time to do this with the (widening) construction going on for the road. This should improve that side of the street especially with the house coming down,” she told The Post.

Olesia Pochynok, owner of the restaurant, confirmed she will be relocating to the former Taverne of Richfield, likely in June. Pochynok said she is sad to leave but the Ukrainian restaurant, which opened seven years ago, has outgrown the space.

“We need bigger space, we need a bigger parking lot. I will be really sad to leave this place, we love this place and my customers. I’m a little nervous but I am ready,” Pochynok said.

Council President Larry Antoskiewicz, who chairs planning, said he too is sad to see Olesia’s go but appreciates the property owner’s plans to maximize the space.

“We are obviously sorry to be losing one of our successful restaurants in the city, but obviously the property owner believes she has a better use for the property and is looking to maximize the space and accommodate those small businesses out there looking for office space,” he said.

Planning Commission member Frank Castrovillari, the sole no vote against site plan approval, said he didn’t want to lend his approval until the elevations, which he said need work, are tweaked and completed.

Elevations, the buildings’ exterior design and architecture and overall aesthetics will be reviewed in greater detail when Reedy returns to planning for additional approval in the New Year.