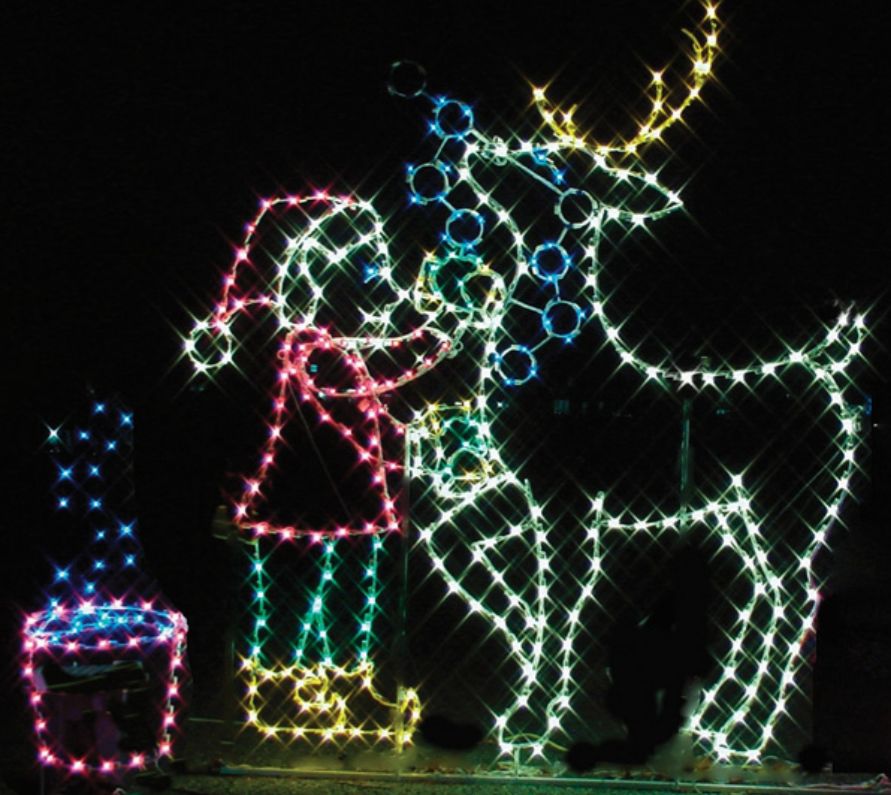 This is another scene that will be included in the revamped display featuring an elf bathing a deer. 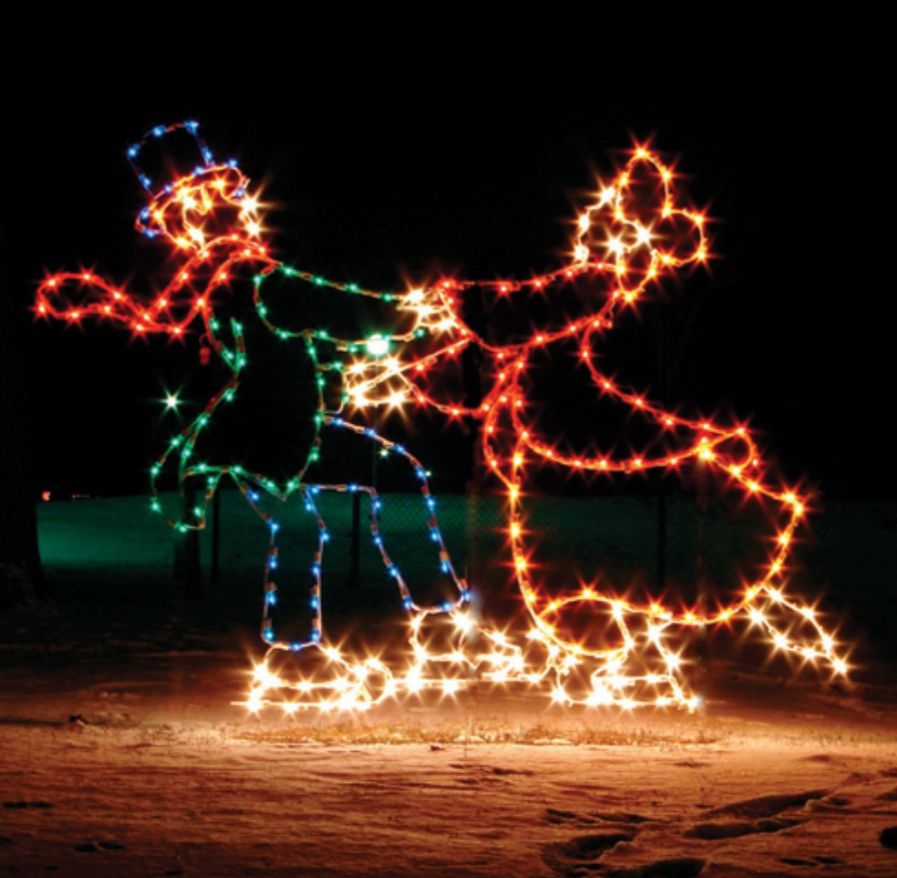 These ice skaters are but one of the scenes that will be featured in the revamped Holiday Lighting display this season.

Here is a rendering of what the fire station will look like decked out in holiday decor. Images courtesy of HORIZON LIGHTING SYSTEMS
PREVIOUS IMAGE


NORTH ROYALTON – Though it’s still summer, it’s beginning to look a lot like Christmas behind the scenes.

Earlier this year, Mayor Bob Stefanik announced the city would invest the energy efficiency grant of $121,350 it was awarded from the Northeast Ohio Public Energy Council into holiday lighting upgrades.

Since then, the city has received proposals from three commercial holiday lighting specialists to help guide city hall through the best displays to fit the various municipal spaces.

The city has chosen Horizon Lighting Systems and representatives from the company physically walked the City Green with city officials so they could get a feel for what would work best and where it will be positioned to create a vibrant, refreshed display. This year’s Holiday Lighting Ceremony and Parade is Dec. 1.

The city is spending $120,054 of the grant to purchase new LED holiday lights and decorations that will be displayed on not only the Green but also the police, fire and service buildings and City Hall. There will be numerous, large, lighted holiday scenes, which are lacking now: Santa and his elves; animated carolers and ice skaters; snowmen; a fire engine featuring Santa, a nod to the parade which always features Santa atop a firetruck as its caboose; snowflakes; wreaths and more.

“We will have Christmas lights around each of those buildings and they will be decorated for the Christmas season,” Stefanik said. “This will be LED lighting, which uses less energy and lasts much longer than the standard, old decorations we had. It’s a one-time cost that is all paid for by the grant from NOPEC. We will have various Christmas and holiday scenes and they will be very easy to set up and move so that we can keep it fresher each year by rearranging the scenery.”

A new feature is that some of the City Green trees will be wrapped in lights.

A few of the traditional holiday décor fixtures will stay: Santa’s house and Judy’s Café. But the Holiday Lighting will no longer feature the sponsored Christmas trees that lined Ridge and Royalton roads.

As always, décor will begin being set up immediately following Halloween.

Stefanik said he is excited to see how it all comes together when he flips the switch at the lighting ceremony.

“We were excited to hear that we received the grant from NOPEC because we knew the holiday Christmas decorations on the Green were sorely in need of updating,” he said. “And this year, we are looking forward to seeing how the upgrades enhance the Holiday Lighting on the Green.”