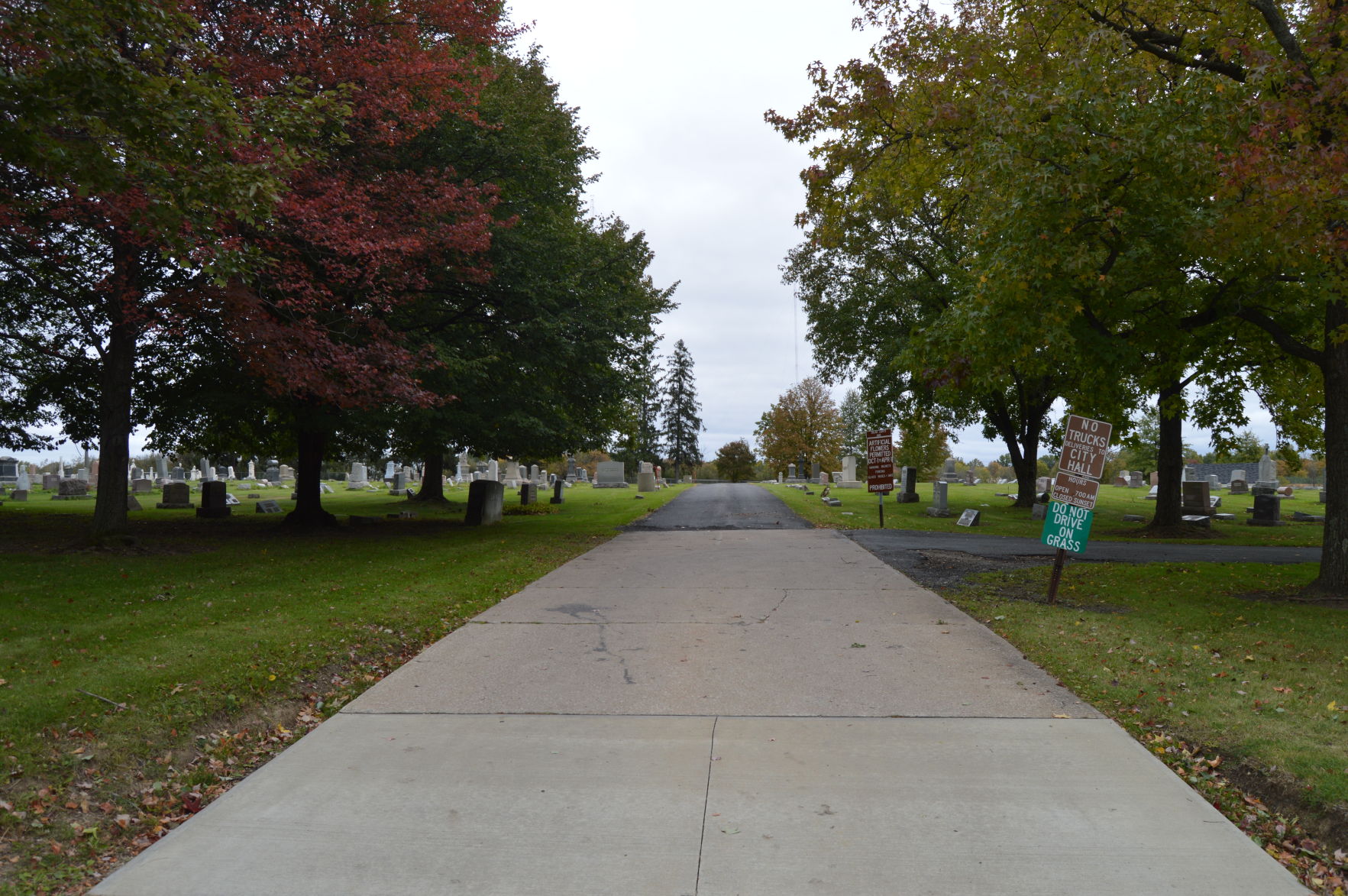 The North Royalton Cemetery will soon have proper signage that has been lacking when an archway is installed, supported by brick pillars on either side of the driveway, come spring. Photo by JAIME ANTON
PREVIOUS IMAGE


NORTH ROYALTON – More visible improvements to the North Royalton Cemetery will begin in the spring with the installation of an arched entryway.

The archway has been designed and will consist of two sets of pillars, one on each side of the main entryway, with fencing between each set. The archway will have a wrought iron appearance with the words “North Royalton Cemetery.”

This enhancement has been awarded to two separate contractors: Masonry SK will install the pillars and fencing and Wagner will create and install the sign.

“Wagner will start the fabrication of the arched sign over the winter,” Community Development Director Tom Jordan said.

The total cost is just under $90,000 and will likely be paid for through the city’s Future Capital Improvement Fund.

As for the receiving vault, the gothic structure used to store remains over the winter for a spring burial decades ago, the city is still awaiting a response from the state of Ohio on its award of funding in the amount of $100,000 that will be used to reconstruct the vault to make it structurally sound.

“We have received preliminary correspondence within the past month that the project looks good. We will be bidding this project out in the winter,” Jordan said.

This project is also expected to begin in the spring or summer.

Another project that is ongoing is the refurbishing of damaged veterans’ headstones.

This program, funded through the Cuyahoga County Veterans Service Commission’s Memorial Affairs Department, works to reset, replace or clean veteran stones which have become tilted, damaged or illegible over the years.

In 2015 Council President Larry Antoskiewicz and Recreation Director Jason Swim examined all the headstones checking for cracks, chips, fading, tilting and sinking. Out of 300 graves, a total of 100 needed attention and are being addressed in four phases. The first phase was done by Everlasting Memorials and Monuments, and the second phase, completed this past summer, was performed by Milano Monuments.

Antoskiewicz said the city is making progress when it comes to beautification. The cemetery has never had signage, so he said the archway is a welcome, needed addition and is but one project the city is tackling.

“Signage has been something lacking at the cemetery, we’ve always wanted to do something to identify our cemetery which has so much history,” he said. “The receiving vault will be next through a grant, a piece of history that enhances the architectural landscape of the cemetery. Beautifying the city has been a top goal and we are systematically addressing the cemetery, City Green and other city property in an effort to improve our aesthetics.”