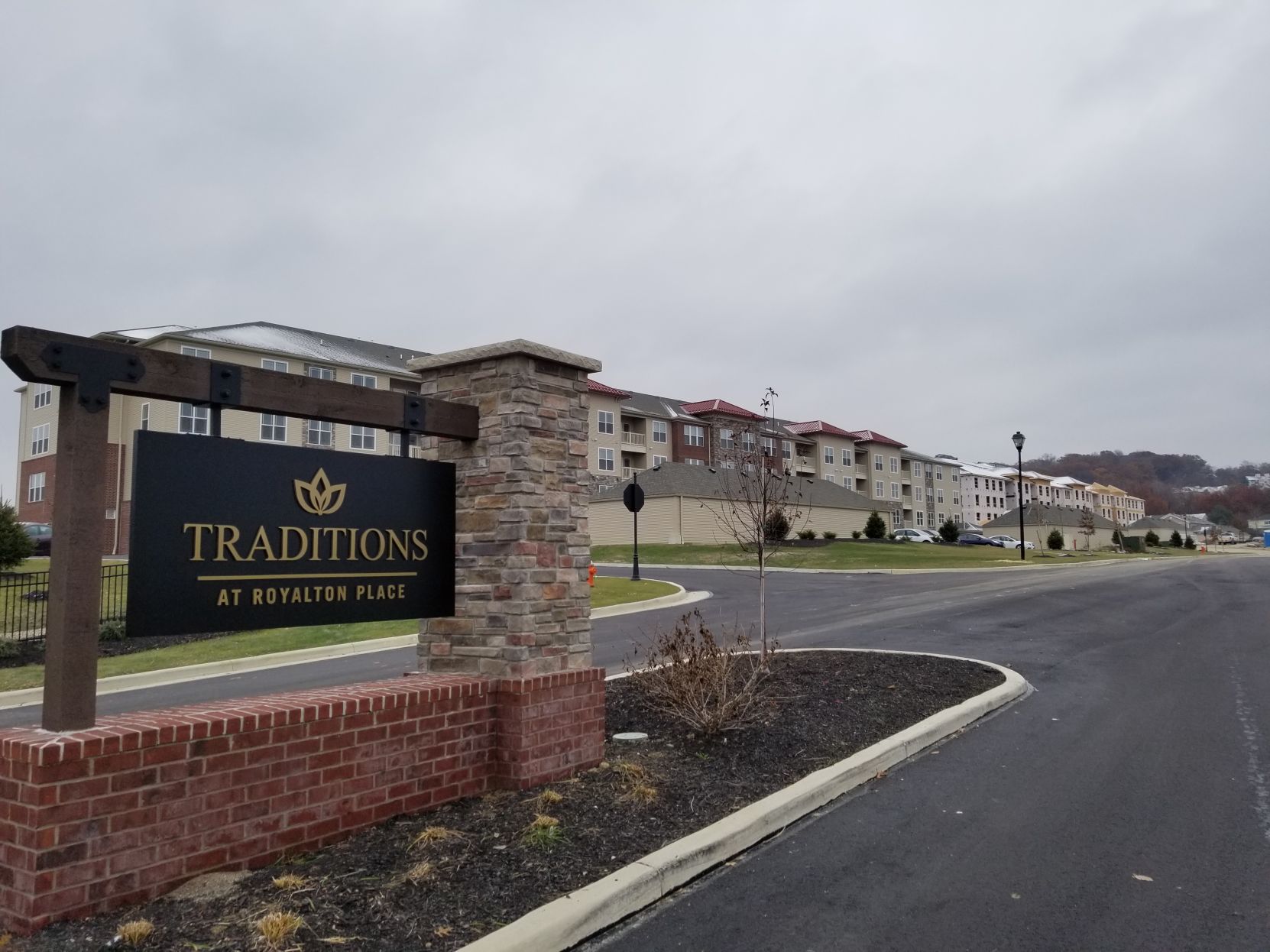 The city has created a Tax Increment Financing, or TIF, district to capture the increasing, non-school related real estate tax values of the Traditions at Royalton Place senior apartments property. This money will be used by the city to fund public works projects over the coming years. Photo by JAIME ANTON
PREVIOUS IMAGE


NORTH ROYALTON – The city has created a Tax Increment Financing, or TIF, district to capture a percentage of the increasing real estate tax values of the Traditions at Royalton Place senior apartments to be used to fund future public improvements in and around this area.

Traditions, located at York and Royalton roads, has built and occupied the first of four apartment buildings, with a second under construction, for seniors 55 and up. Each building is worth approximately $5 million, so once complete, it will be a $22 million investment total.

During the Nov. 20 City Council meeting, members authorized the creation of the TIF, which enable municipalities to establish a separate fund to capture a percentage of the increased value of the real estate taxes. North Royalton will be receiving not only the city’s portion but also the county’s portion of the increased value of the property, an additional 30 percent, over the next 30 years.

The North Royalton School District and the vocational district will still receive 100 percent of their portion of taxes.

The city does not anticipate receiving any funding until 2020 at the earliest due to tax years being collected in arrears. Collection of property taxes at the site will be dependent upon the value assigned by the Cuyahoga County appraisal department.

The first two phases of the project are estimated to be valued at $11 million dollars. Finance Director Eric Dean said at the 2017 tax rates, this would equate to approximately $90,000 dollars in annual property taxes that the city would not have received without the TIF legislation. When all four phases of the project are complete, the increase would be an estimated $167,000 annually based on the 2017 tax rates.

These funds will be used by the city to conduct a number of public works projects over the coming years for this property and surrounding areas: road repair, storm sewer, sidewalks, communications facilities, public waterways, environmental studies etc.

Mayor Bob Stefanik said the city will allow the fund to build up so that it can pay cash on any projects.

“Most cities will take out a large loan and do several roads right off the bat in anticipation of getting that money back. We are not going to do that. When we have a nice amount saved up in the fund, then we will go out and do a few projects in that area and pay cash. We are going to do this the conservative way, the fiscally responsible way and wait until the money comes in and then address the infrastructure there,” the mayor said.

Traditions lies on the Ward 3 and Ward 4 boundary in Ward 4.

“It’s another example of finding ways to bring revenue back to Royalton,” he said. “This is a way where the property owners are still paying the same amount of taxes, the funding for the schools is not impacted, it’s just a way for the city to dedicate revenue for public improvements and capture the county’s portion of it. I look at it as a way we protect these funds from the unforeseen. We’re once again making infrastructure a priority.”

Ward 3 Councilman Dan Langshaw said this is a creative way to address infrastructure in a time where the city is experiencing state cuts.

“Since 2012, the city has seen $5.85 million dollars in local government funding cuts from the state, and heading in 2019, we will see an additional $900,000 in state funding cuts,” he said. “This TIF is a creative way to address our city’s infrastructure needs as a result of these continued cuts by the Ohio General Assembly.”

“It’s just another good way of maximizing our tax dollars and bringing more money back to the city.”