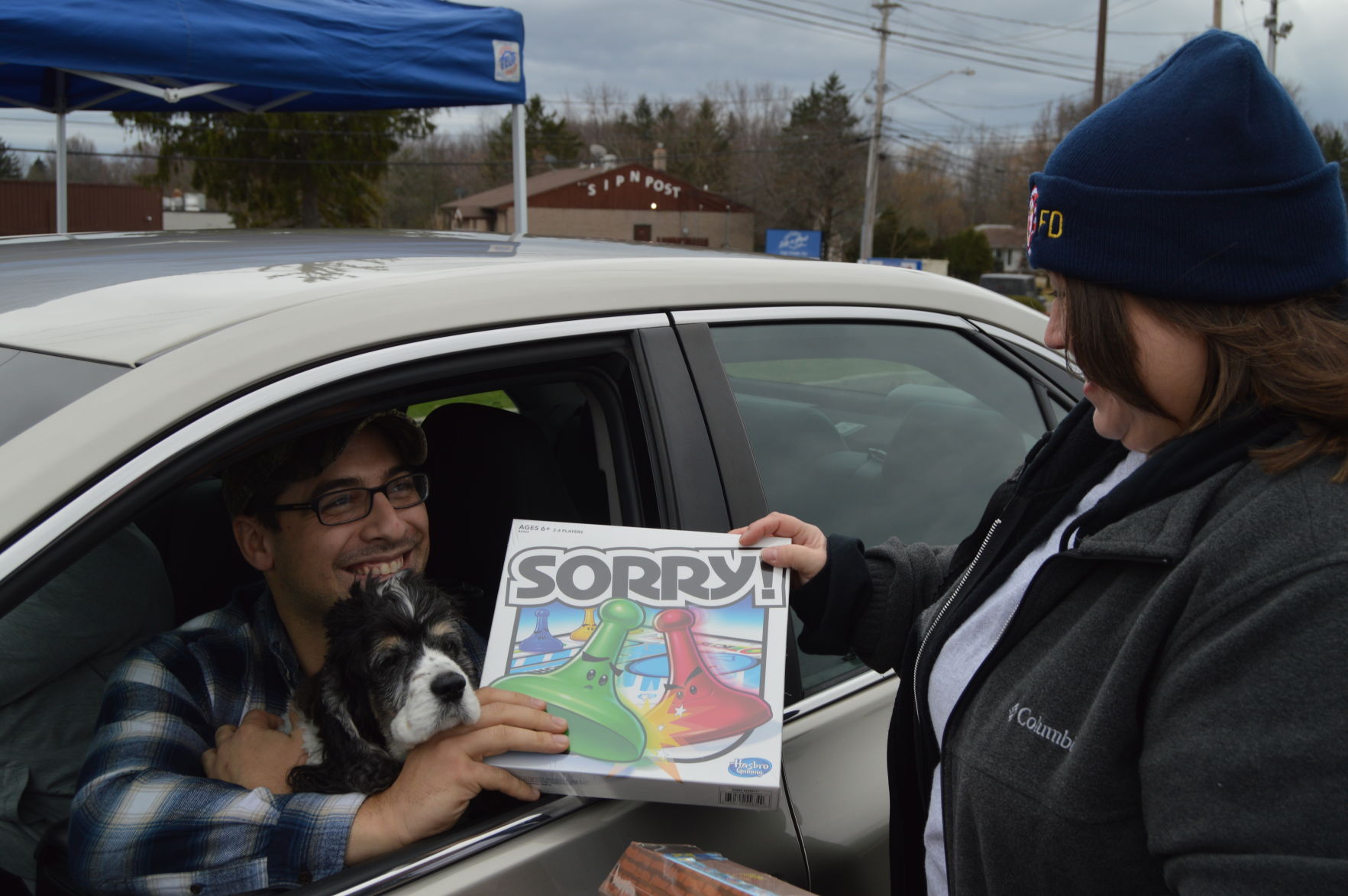 Vince Ragone, of North Royalton, hands off a Sorry game for Toys for Tots to Kathy Salvo, the fire department’s administrative assistant. Photos by JAIME ANTON 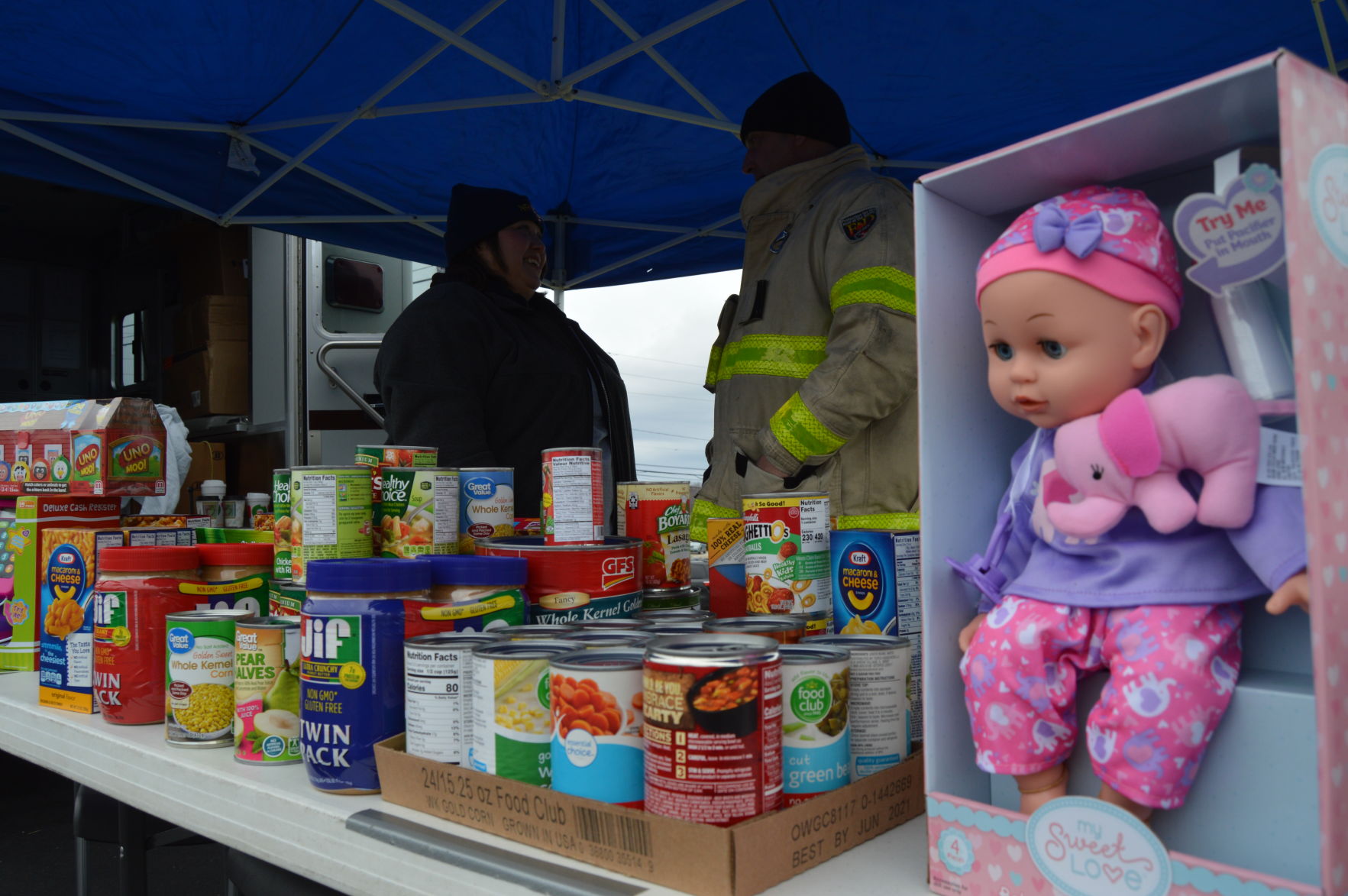 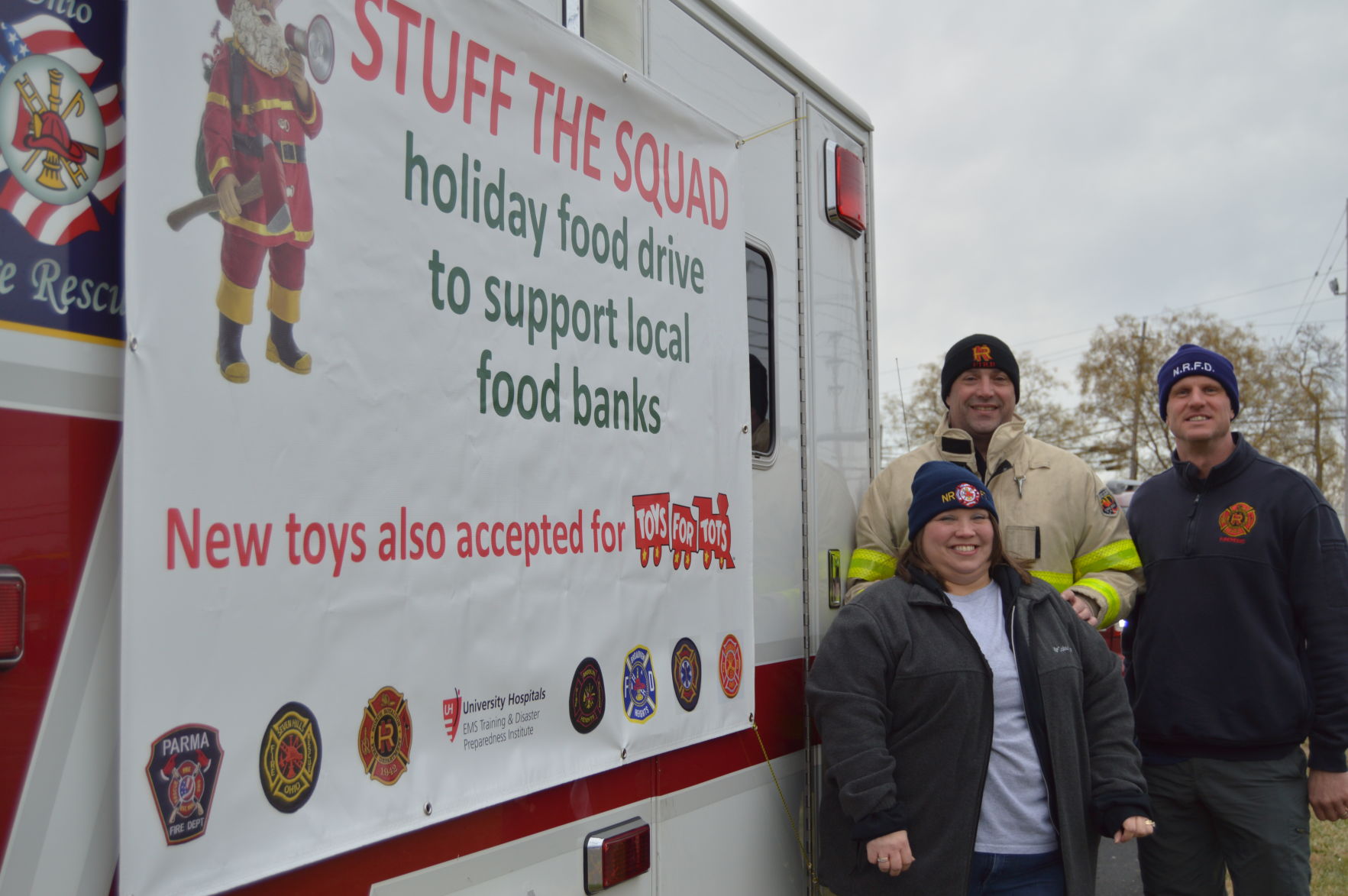 The community came to the rescue Dec. 15, filling one squad for the fire department’s first ever Stuff the Squad event, which collected food for the food pantry and toys for Toys for Tots. From left to right are administrative assistant Kathy Salvo, Fire Chief Bob Chegan and firefighter Ken Kulczycki.
PREVIOUS IMAGE


NORTH ROYALTON – Public service is in a firefighter’s DNA.

It’s simply what they do, so it’s no surprise the department has created another way to safeguard the community through the first ever Stuff the Squad program, hosted last week.

Each collected nonperishable food items to benefit the food banks of the respective communities and in the spirit of giving, each also collected new, unwrapped toys for the U.S. Marine Corps Reserves’ Toys for Tots program.

The three-day food drive culminated with a five-hour food drive at Drug Mart in North Royalton on Dec. 15.

The community was generous as always filling one squad with donations that will be given to the North Royalton Food Pantry Partnership.

“Public service is in our DNA,” he said. “We have a group that does a stair climb for the American Lung Association, we do the Fill the Boot for the Muscular Dystrophy Association, Make a Wish, some of the on-duty guys pass out Halloween candy, we cook chili for the Harvest Fest. So, this was just another thing we did this year to give back,” he said.

Just then another car pulled up with another donation.

“It’s the giving spirit,” Chris Ragone said of her reason for dropping off items for others.

“I wanted to help because this is Christmas and instead of receiving, I want to give back,” he said.

Brothers Michael and Daniel Kohout, 12 and 7, dropped off a bag of donations too.

“We’re always trying to find ways to help out,” their dad Kevin said.

While in the middle of the collection, the chief was already thinking ahead.

“We’re already working on next year, some different things and maybe we’ll do this a couple times a year,” he said.