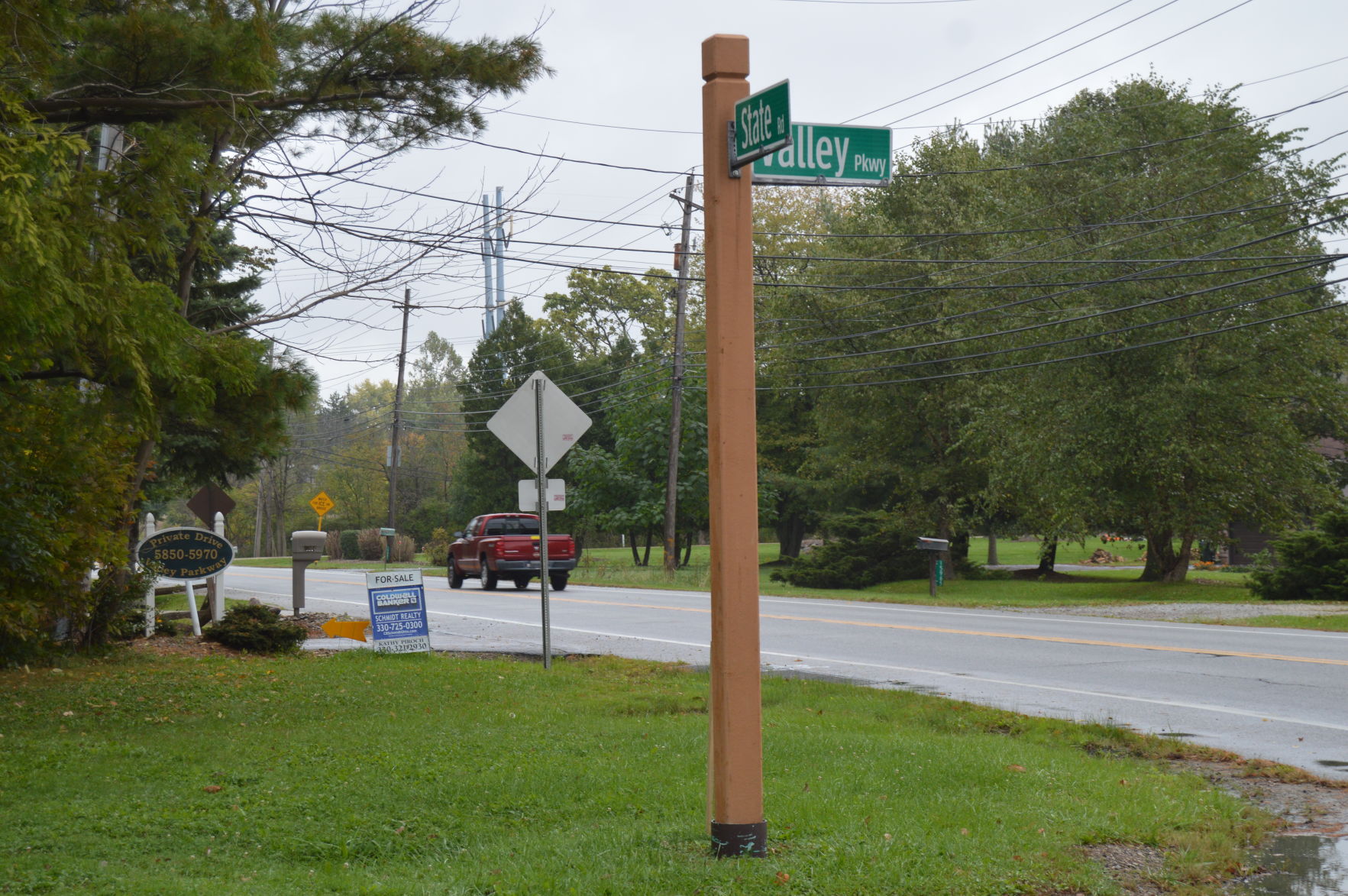 The city is seeking grant funding to extend the future Memorial Park complex sidewalk on State Road, coming next year, from the Memorial Park drive to Akins Road and also Akins to Valley Parkway near the site of the future elementary school. Photo by JAIME ANTON
PREVIOUS IMAGE

Just a week ago, the administration applied for more funding through the Northeast Ohio Areawide Coordinating Agency’s Transportation for Livable Community Initiative (TLCI), seeking a $100,000 grant to install a sidewalk from the Memorial Park driveway on State Road south to Akins Road and a second grant for $205,000, of which the city would contribute $25,000, for a sidewalk to extend from Akins south on State to the Valley Parkway to tie into the Cleveland Metroparks’ new all-purpose trail, which opens next week.

If awarded, this would connect the town center including the City Green, Memorial Park, the high school and the middle school to the all-purpose trail.

The goal is to connect the most well-used park in the city to the region’s premier trail, Community Development Director Tom Jordan said.

“And it benefits the high school, the middle school. Students can use the sidewalk to get to school and the new elementary will be on the southern end of the path at the Valley Parkway and State Road. We have letters of support from the school district, the Cleveland Metroparks and the Chamber,” Jordan said.

The city has been successful in past pursuits to add sidewalks and paths, receiving $108,000 in funding last year to connect the Memorial Park complex north to state Route 82, an 1,100 linear feet stretch that traverses seven properties. Those plans have been submitted to the Ohio Department of Transportation and the city anticipates construction in early 2019.

Because this project involves federal dollars, there has been a lengthy review and oversight process causing a delay. The city’s match to qualify for that funding includes stormwater work enclosing open drainage ditches on the western side of State.

And back in March, it was announced the city had also been awarded TLCI funding to extend the multi-use asphalt path, which currently ends abruptly at South Akins Road, on to the Valley Parkway, south fully connecting state Route 82 to the all-purpose trail via Bennett.

Due to federal requirements, additional right of way may be required, Jordan said, so a detailed survey is being conducted.

“Following the survey, a meeting will be held with ODOT to set up a project schedule and review further plan submittals,” he added.

A comprehensive sidewalk study was done a few years ago that, over the course of a year, looked at sidewalk and bike paths determining where they already exist in the city and where they will likely be added in the future so that true areas of need could be pinpointed, prioritized and accurately networked into the existing and future system of pathways.

The city has been pursuing alternative ways to fund them to tie in to locations to have the most impact, i.e. the town center and trail.

“For 10 years I’ve been attempting to get sidewalks down State Road, so, for me, this is great news. With the foot traffic going in and out of Memorial Lake Park, it’s only a matter of time before tragedy occurs, and then someone asks the question, ‘why wasn’t the sidewalk put in?’” Kasaris said.