Paving begins on Royalton Road
Water line installed; western half of project to be paved by October 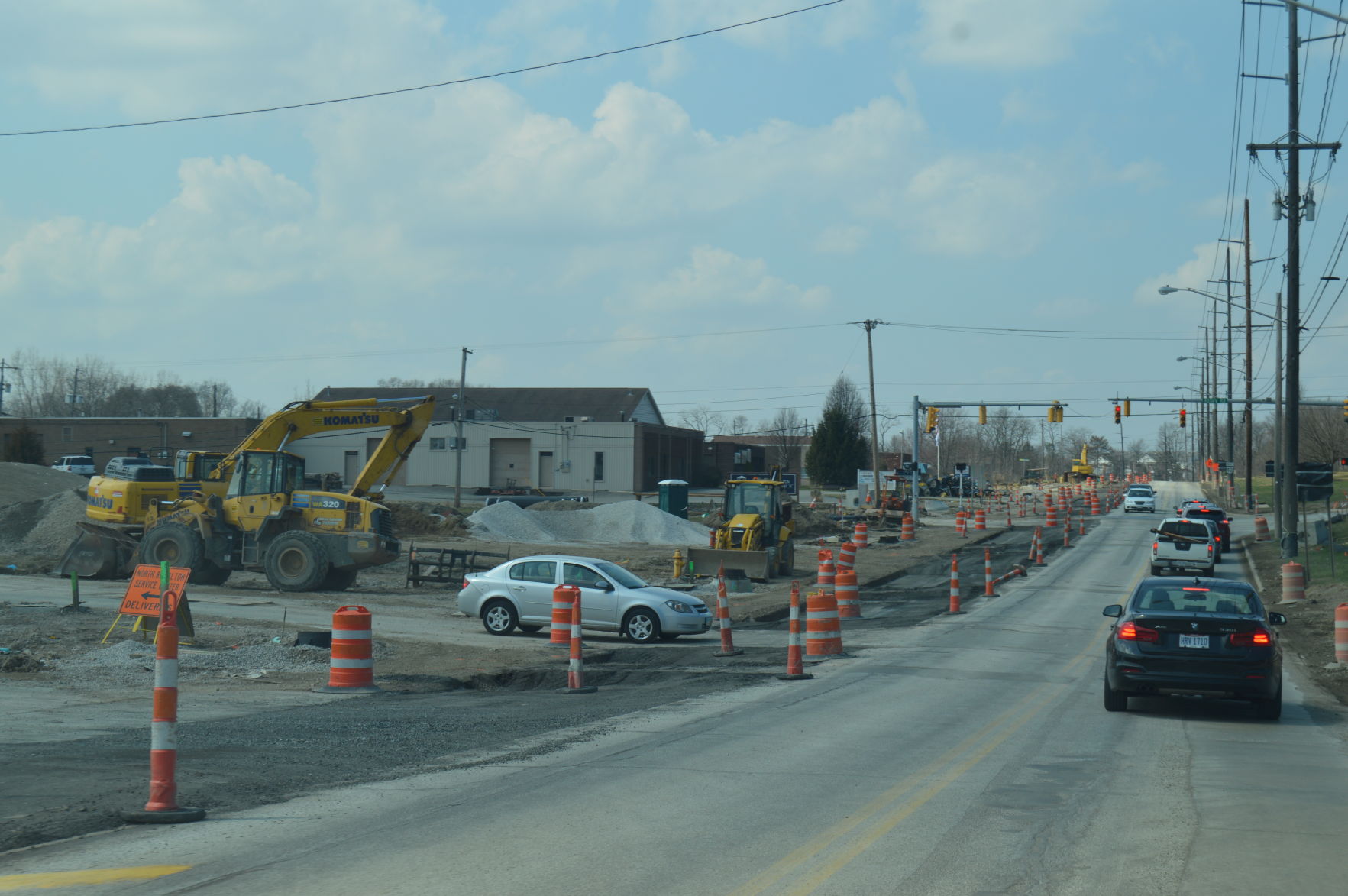 The actual pavement work for the Royalton Road Widening Project has begun with the removal of the existing asphalt. The entire western half of the project, from Spruce Run Drive to the North Royalton Service Department, should be completed by October. Photo by JAIME ANTON
PREVIOUS IMAGE


NORTH ROYALTON – The waterline work is now complete for the Royalton Road Widening Project and spring has arrived, paving the way for asphalt work to begin.

The project is divided into two halves, which The North Royalton Post will refer to as the western half and the eastern half.

The western half lies between Spruce Run Drive and DiGioia-Suburban Excavating, LLC, which is next door to the North Royalton Service Department. The eastern half stretches east from DiGioia’s yard to York Road.

The waterline has been installed the entire length of the project from Spruce Run all the way to York, but only the western half of businesses and residences will be tied in this month, as the focus then shifts to getting the pavement complete between now and October.

Don Holmok, senior estimator for DiGioia, said the four apartments – Spruce Run, Hampton Club, Deer Creek and Walnut Hill – were tied into the waterline this week and the rest of the businesses were expected to be individually tapped in by the end of April.

Storm sewer work is also 99 percent complete along the western half.

Sometime between April 19-22, crews will be working on a retaining wall near the North Royalton School District’s bus facility driveway, but Holmok said this work should not interfere with traffic.

With waterline work done, The Shelly Company, DiGioia’s paving subcontractor, has already begun milling off the existing asphalt pavement on the closed section of the western half.

Once the pavement is removed, the concrete base must then be removed and earth work performed to level the ground. Then it will be stabilized and an aggregate stone base added, Holmok explained, then topped with fresh asphalt.

This pavement work is expected to take through October, fully completing the western half of the project.

“It’s going good. We made it through winter. Hopefully, there’s no more snow,” he said.

Once the western half is done, crews will then refocus their attention back to the eastern half’s watermain tap-ins and the installation of the storm sewer.

Paving will then commence on the eastern half in April of 2020 when the asphalt plants re-open following the next winter.

Also on the horizon for state Route 82 are two other, separate projects.

The first is the repaving only, not the widening, of Royalton Road from York to the Broadview Heights corporate line. The project was put out to bid recently by the Ohio Department of Transportation and awarded to Burton Scot Contractors. The estimate was $1.52 million but Burton Scot’s bid came in under estimate at $1.37 million. ODOT will contribute 80 percent of the cost.

“It is a resurfacing mill-and-fill, but we have some extra items included that the city is paying for, including catch basin and curb work,” said North Royalton City Engineer Mark Schmitzer.

A schedule of work for the project is not yet known, but a construction meeting was planned April 9 after The Post deadline.

The other project is the widening of Route 82 in Broadview Heights from Town Centre Drive to Ken Mar Industrial Parkway. This stretch, which has also been awarded to DiGioia, will be widened to five lanes and is scheduled to begin in a few weeks. It is expected to be complete at the end of 2021.

Officials have said there is currently no funding in place for the widening of Route 82 between York and the Broadview Heights line in Royalton.