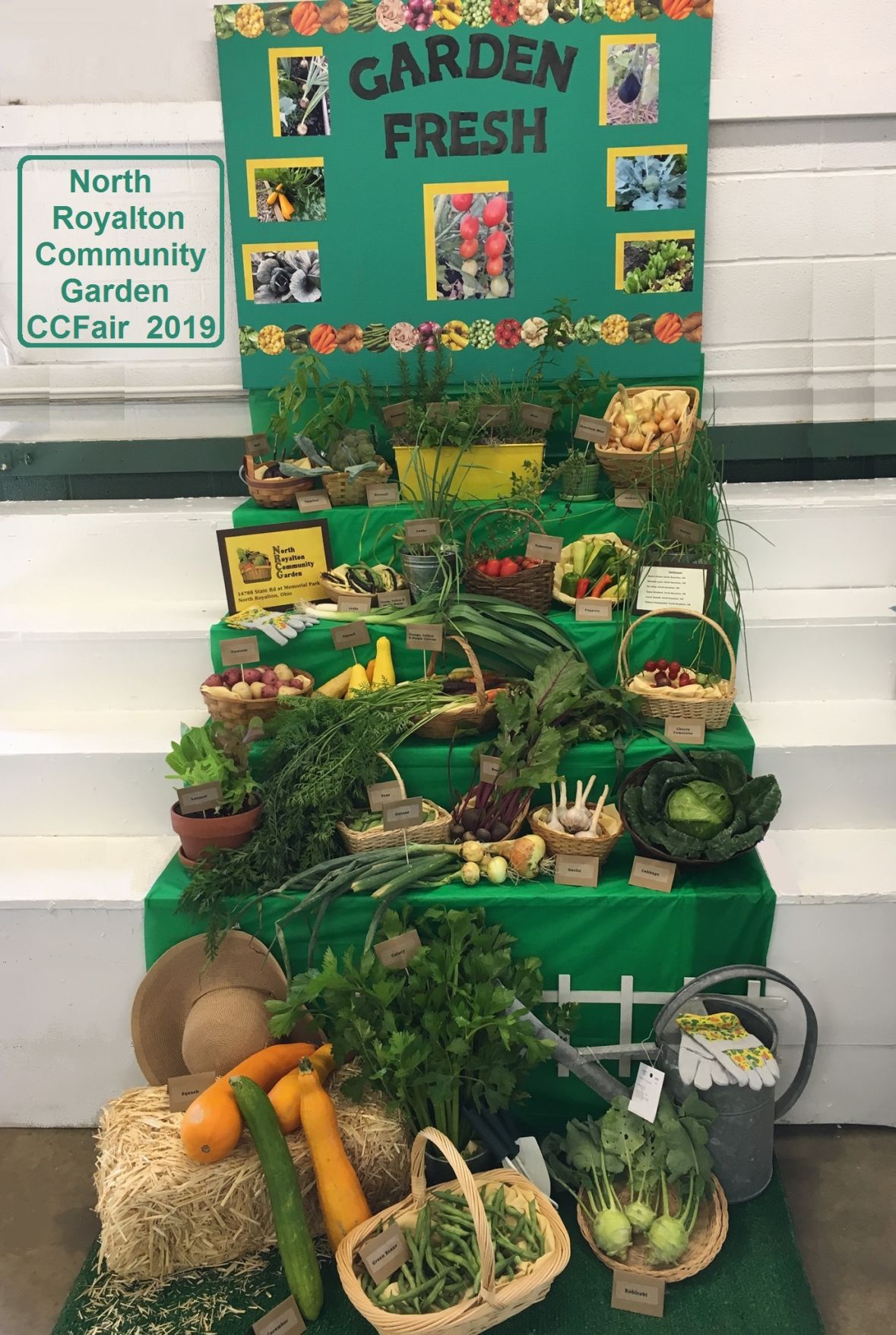 The North Royalton Community Garden’s display at the Cuyahoga County Fair brought in the green last week, earning the garden a $100 cash prize and a blue ribbon win. Photo courtesy of the NORTH ROYALTON 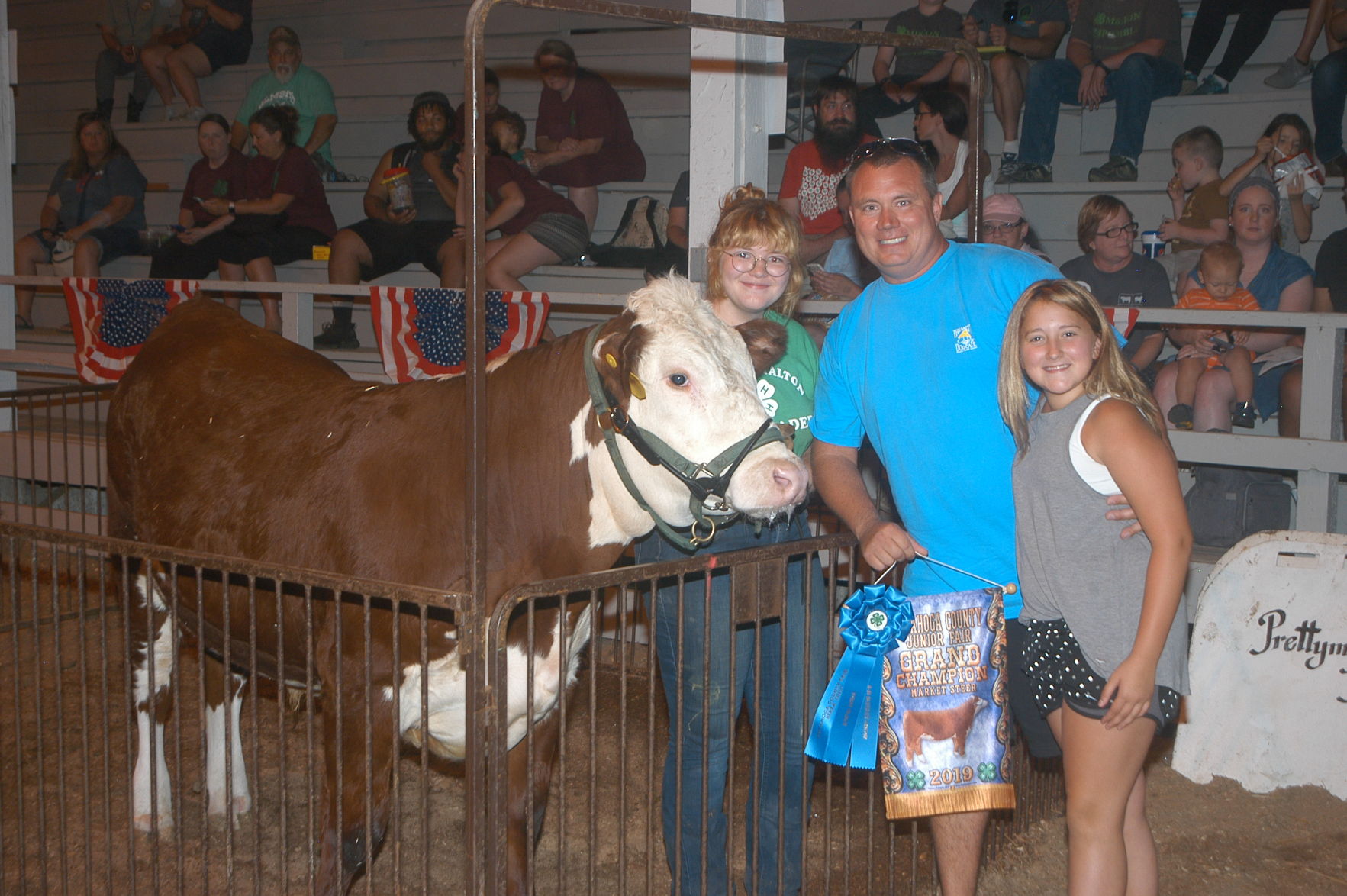 The garden club harvested yet another blue ribbon win and $100 cash prize for its “garden fresh” themed display this year, its sixth first-place win in the past eight years it has been showing at the fair. The other two years were second place finishes and $75 wins.

“We are so excited to be able to represent our community garden and our city at the fair,” said Dejana Cinquepalmi, the garden’s coordinator. “It shows how when people work together for a common goal, good things happen. We are very proud of our gardeners, who in spite of less produce this year due to extreme weather, late planting and other factors, were able to donate a portion of their produce for the fair and also continue to give produce that we donate back to the community.”

Homesteader members took home three grand champion placings: Hannah for her Hereford steer weighing in at 1,165 pounds, Henry for his market lamb and Alex for his hog which tipped the scales at 270 pounds.

These market animals, as well as the animals from other 4-H clubs, were shown Aug. 5. They were then auctioned at the Cuyahoga County Junior Fair Livestock Sale on Aug. 10.

The North Royalton Homesteaders 4-H Club has been in existence for over 25 years and was started by local longtime North Royalton residents Dave and Joyce Peth, John Stack, George Cisar, Steve Mattes and Bruce Kucharski Sr.

Amy Gasbarre, a 15-year leader of the Club, is now handing the reins over to her sister, Robin Peth-Pierce, who has returned home to North Royalton after 30 years, and Bruce Kucharski Jr., a Homesteaders co-advisor, who is carrying on the work of his father.

Kucharski Jr. said this win and the organization are about so much more than ribbons but about the tremendous effort behind “farm to table”.

“4-H is a very valuable organization that teaches kids that food just does not come from a grocery store shelf. In addition to agriculture projects, we also offer other projects such as STEM activities, money management and gardening projects — there is a program for everyone’s taste,” he said.

“The reason we keep the Homesteaders growing is because we feel that agriculture education is key to a thriving environment. We hope that the kids come away from their participation in our club inspired to not only grow and raise their own food, but to contribute to their community in meaningful ways that make it a better place,” she said.

During the auction, the Bruce Kucharski Sr. Scholarship was awarded to Ally Mathis, a Homesteader alumni who will be a sophomore this fall at Lake Erie College, where she is studying criminal justice.