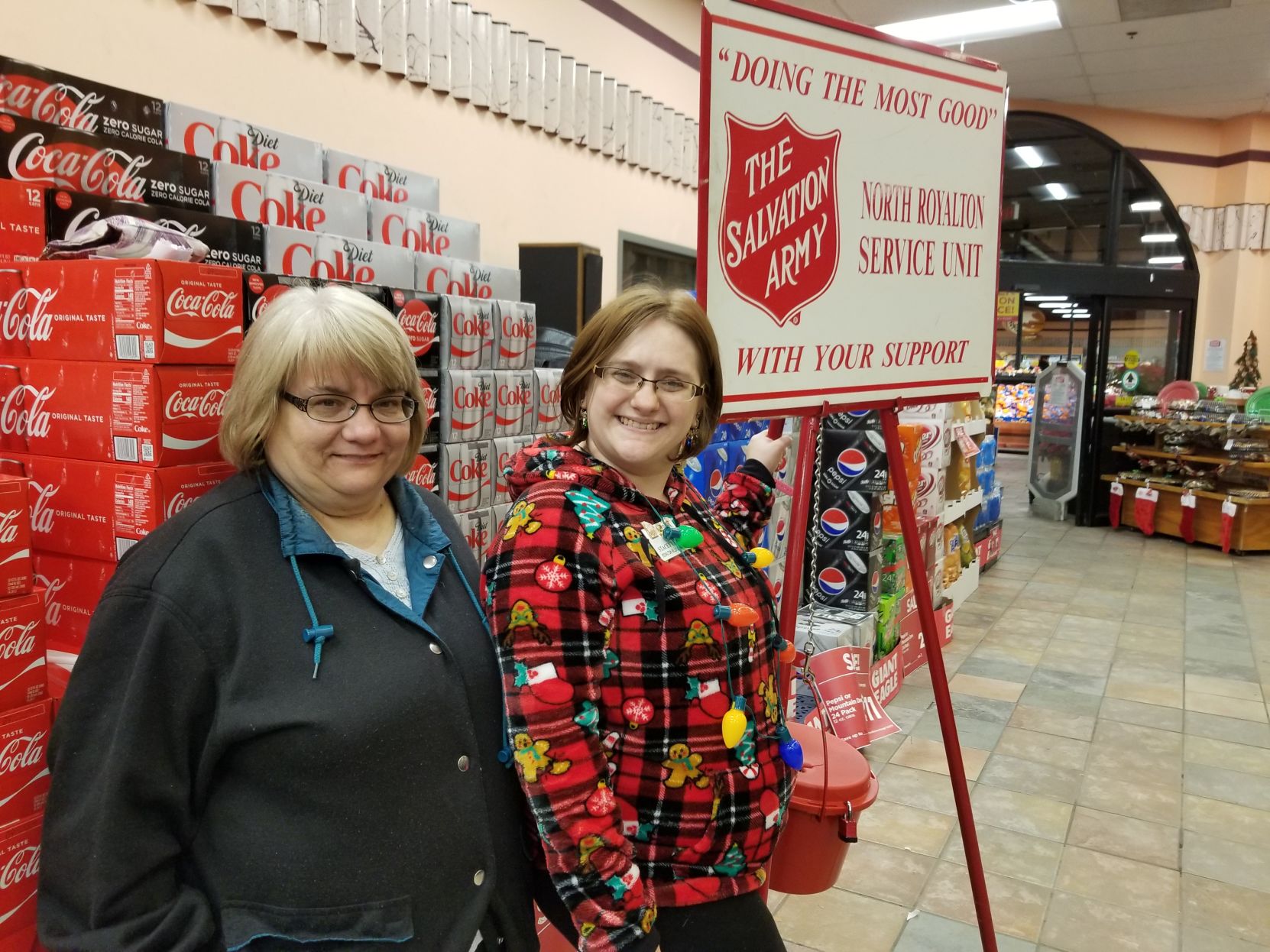 A total of $8,000 was donated by the community during last year’s Red Kettle Drive for the North Royalton Branch of the Salvation Army. This year, North Royalton service clubs are recruiting residents’ help to volunteer as ringers for the drive, which begins Nov. 29. File photo by JAIME ANTON
PREVIOUS IMAGE


NORTH ROYALTON – The holiday season is upon us, a time devoted to the spirit of giving.

And there’s a way residents can give of their time or money to help neighbors in need right here in North Royalton.

In the spirit of Christmas, North Royalton service clubs, spearheaded by the Royalton Hills Lions Club, have a longstanding tradition of joining forces to serve others during the holiday season by organizing a Red Kettle Drive benefiting the North Royalton branch of the Salvation Army.

On Nov. 29, the day after Thanksgiving, the Royalton Hills Lions Club, Rotary Club, Key Club, Royal Redeemer Lutheran Church and the city’s Office on Aging will team up to volunteer for two-hour shifts manning the North Royalton Salvation Army’s red kettle inside Giant Eagle’s lobby, located at the Royalton Plaza Shopping Center at 6000 Royalton Road, from noon to 8 p.m. every Wednesday through Friday and 10 a.m. to 6 p.m. Saturdays leading up to Christmas Eve.

Because the North Royalton Kiwanis Club disbanded earlier this year, the clubs are recruiting the help of the community asking residents interested in volunteering to help ring the bell and man the kettle. Those interested must be 18 years of age and willing to work a two-hour time slot. It is preferred that volunteers ring in pairs.

The community is always generous, donating $8,000 last year, and it’s money raised in North Royalton that stays in North Royalton assisting neighbors in avoiding utility disconnections, providing vouchers to the thrift store to purchase clothing and accessories and providing food through the North Royalton Food Pantry.

Senior Center Manager and Outreach Specialist Debra Burrows said there are neighbors in need right here and these dollars stay here in Royalton to help them.

“We like to see the generous donations of the residents put back into our community. It’s very rewarding to see,” she said.

“That’s what makes this community a great place to live. Residents and our service clubs are generous with their time and dollars and always go the extra mile to take care of neighbors in need,” he said. “We appreciate everything they and the volunteers do to provide for those who need a helping hand.”