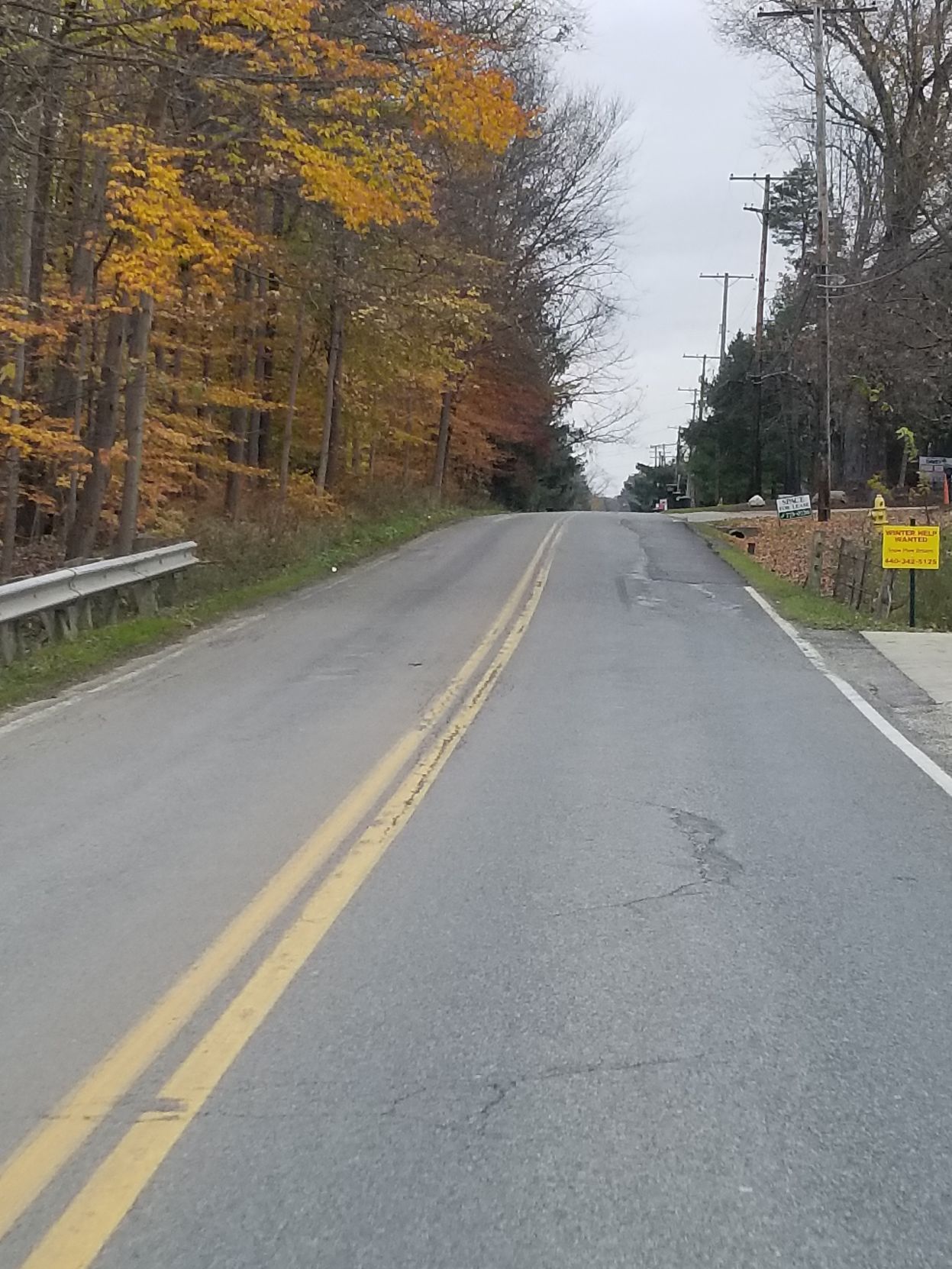 Akins Road between Edgerton and York roads pictured here, as well as Lynn, Delsy, Gabriella and Glenwillow drives, are undergoing proactive repairs now to extend the life of the roadways. Spot repairs will be performed and sealed before year’s end, and the entire roadways chip and fog sealed in the spring. Photo by JAIME ANTON
PREVIOUS IMAGE


NORTH ROYALTON – The majority of the work on the extended roads program is expected to be completed by the end of the year.

The extended roads program is a proactive maintenance project that includes Akins Road, between Edgerton and York roads; Gabriella, Lynn, Delsy and Glenwillow drives; and a 1 ¼ inch overlay on Sprague Road between West 130th Street and York Road, meant to tide this particular street over until the complete resurfacing and widening of this portion of Sprague scheduled for 2020.

In addition to this, the police station parking lot and its access drive and the roadway that leads to the Wastewater Treatment Plant A off Royalton Road and all the plant’s paved surfaces are being resurfaced.

These additional streets and two city pavement projects were added to the 2018 Roads Program in June and awarded to Specialized Construction at a cost of $1.03 million.

City Engineer Mark Schmitzer said the police parking lot and Sprague are completed and the wastewater project is about 80 percent complete.

As for the five other streets, they are not being repaved but are undergoing proactive maintenance to extend the life of the roadways. They were last chip and fog sealed in 2008.

All five have been reviewed and selective repairs will be made and those repairs sealed by the end of the year. Then in the spring, the entire length of these roadways will be chip and fog sealed. Chip seal is a layer of aggregate stone on top of the roadway and the fog seal locks everything in, giving the pavement the asphalt look to it.

Schmitzer said Lynn is in excellent condition with just one repair needed near the intersection of York. Gabriella and Delsy are sister streets with cracking traversing them.

Glenwillow has three areas that need attention. Akins requires the most repairs simply because it is a longer stretch of pavement.

“We’ll come up with unique techniques to address these needs and get those funded within the approved road program budget,” Schmitzer said.

He said these projects are about being proactive and extending the life of the roads as well as the city’s dollar.

“We’re being proactive and these repairs are part of the ongoing maintenance of these roadways,” Schmitzer explained. “On average, we have to come back every seven years or so to protect and preserve the roadway, extending the life and extending our dollars.”