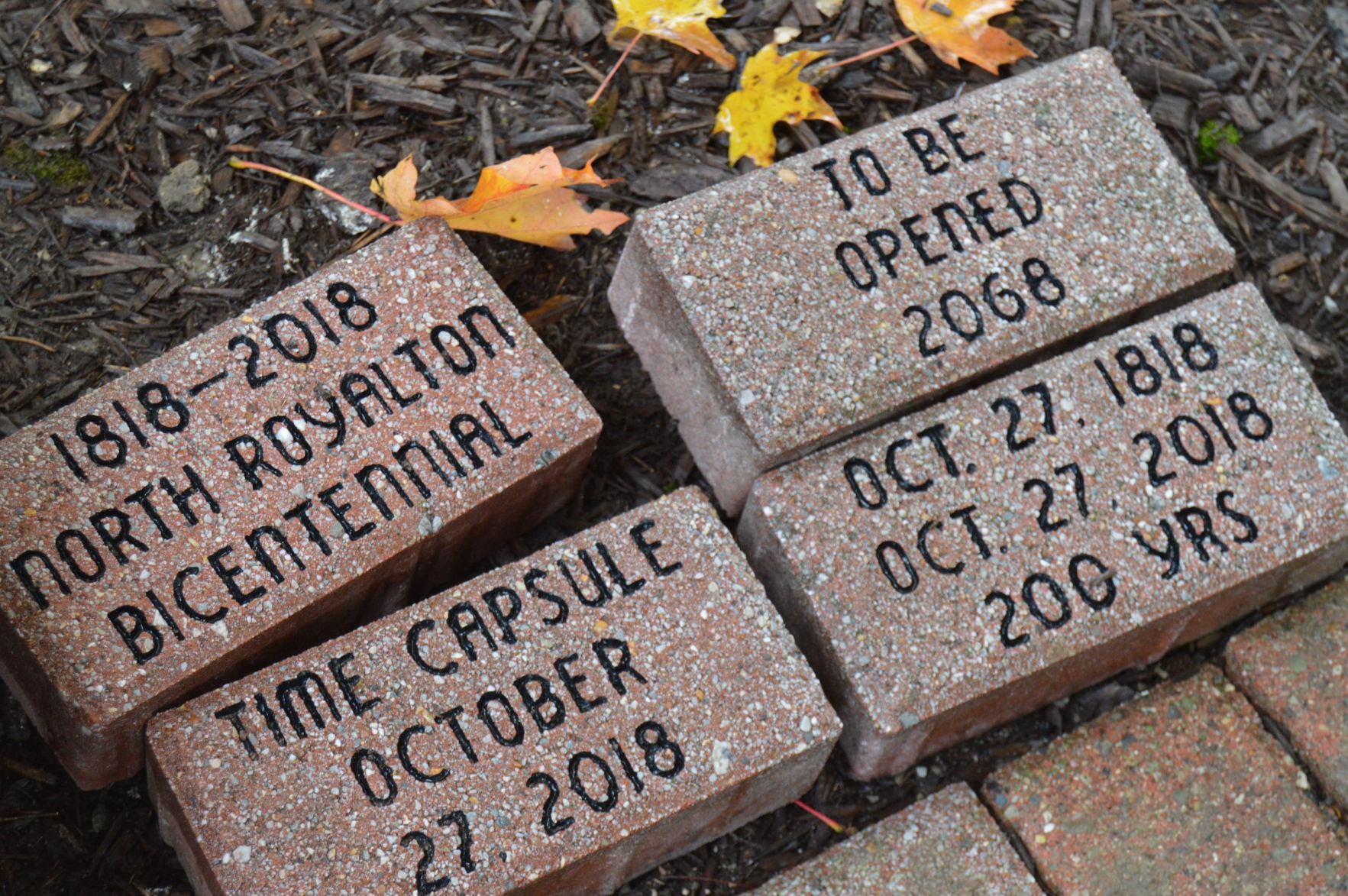 This time capsule will not go the way of the sesquicentennial capsule never to be found. Coordinates have been saved, it is buried safely on the grounds of the North Royalton Historical Society and is marked by these bricks. 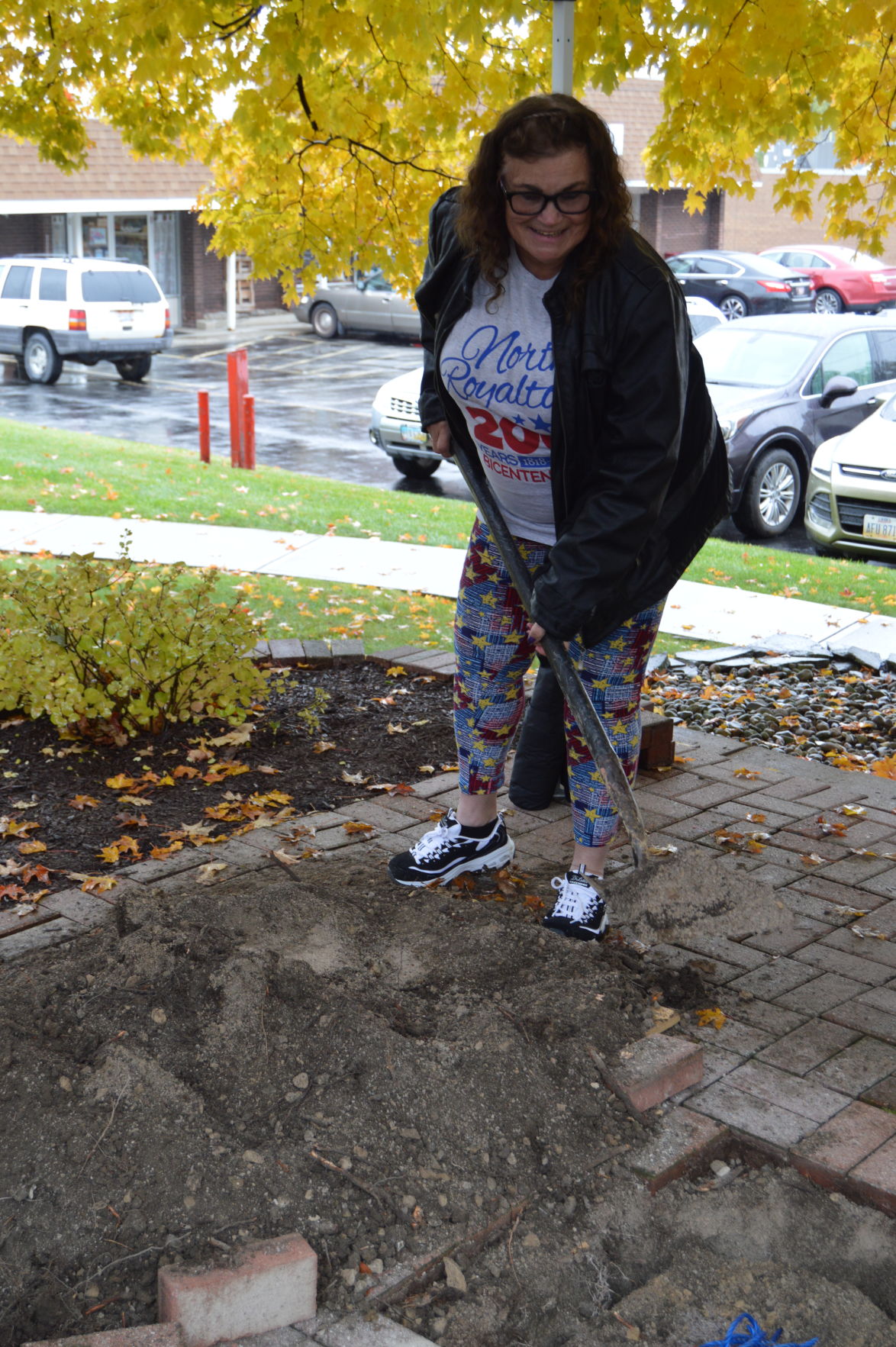 A representative from each of the city’s clubs, service groups and newspapers had a chance to place something into the capsule and everyone present was given the opportunity to throw a shovel of dirt if they wanted. Linda Neil, with the North Royalton Historical Society and the North Royalton Alumni Association, participates in history, helping bury the capsule. 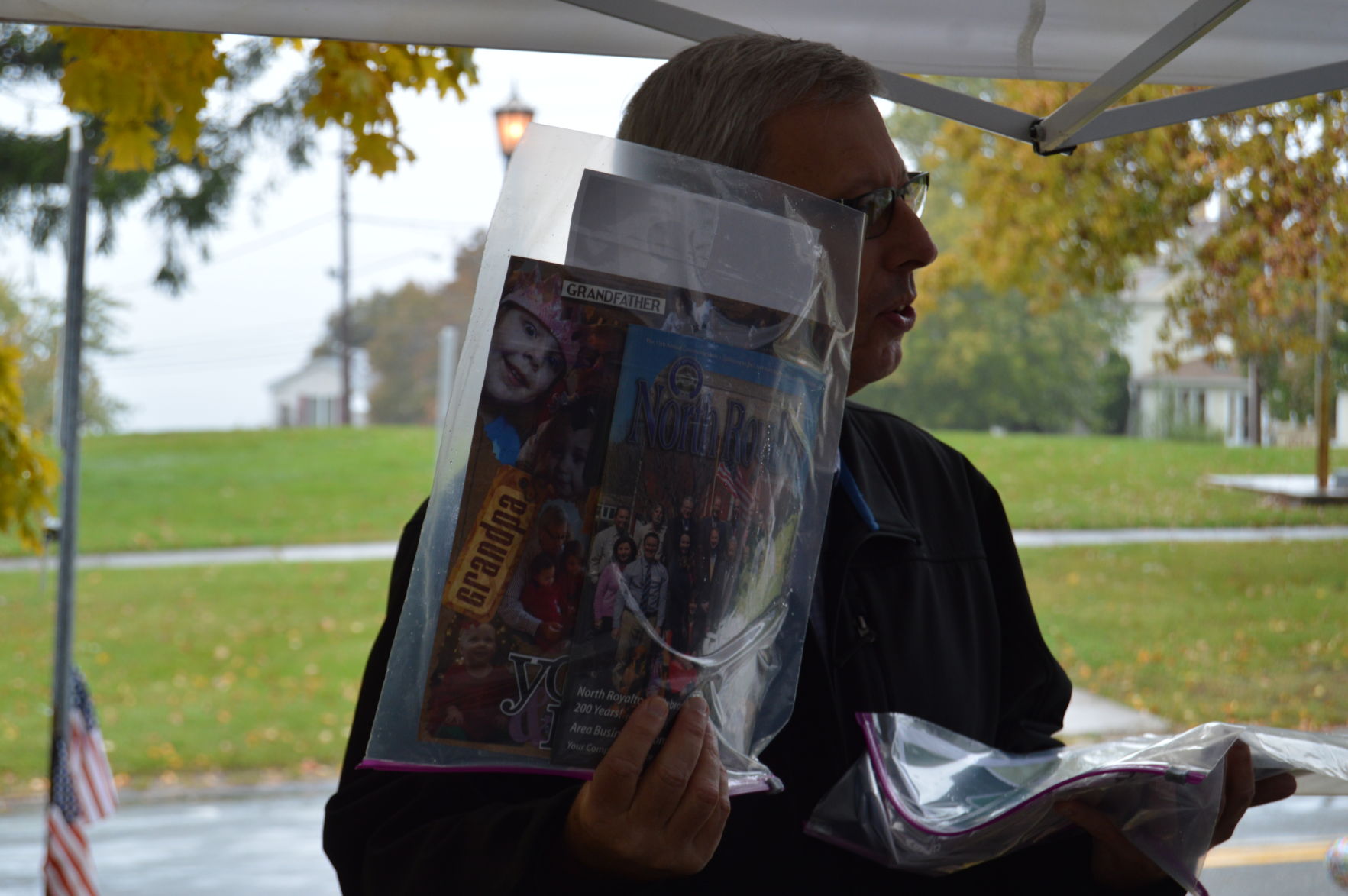 Mayor Bob Stefanik’s capsule contribution was from the heart: a copy of the North Royalton Magazine and a photo of his beloved granddaughters, who he hopes are present when the capsule is unearthed in 2068. 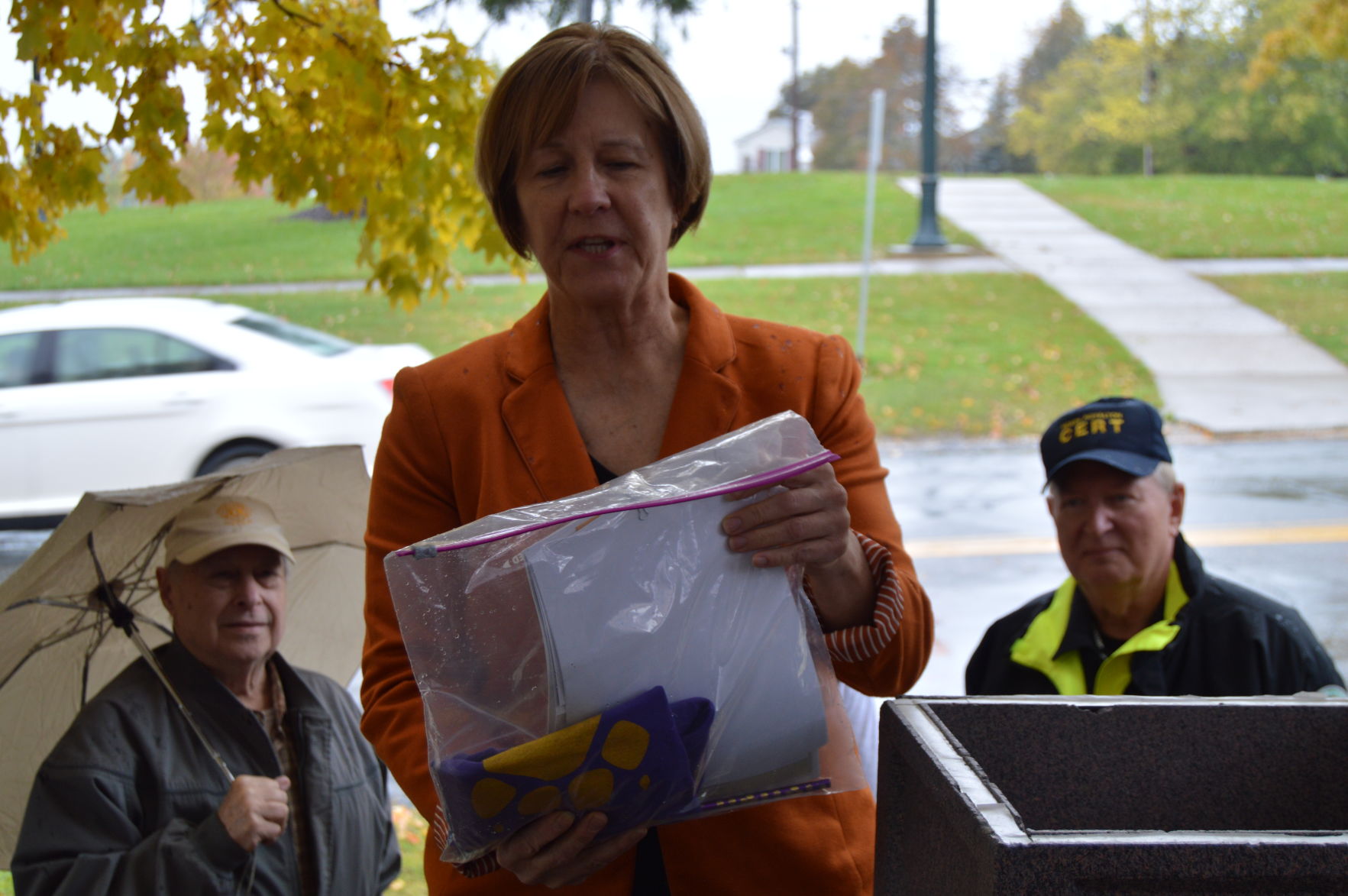 On behalf of the North Royalton School District, School Board member Heidi Dolezal placed the current copy of the district’s Quality Profile along with items such as shirts and pencils, contributed by each of the five schools.

Staff Writer Jaime Anton holds the Oct. 27, 2018 bicentennial edition of The North Royalton Post that was placed inside the time capsule. Photo courtesy of JOSH ANTON 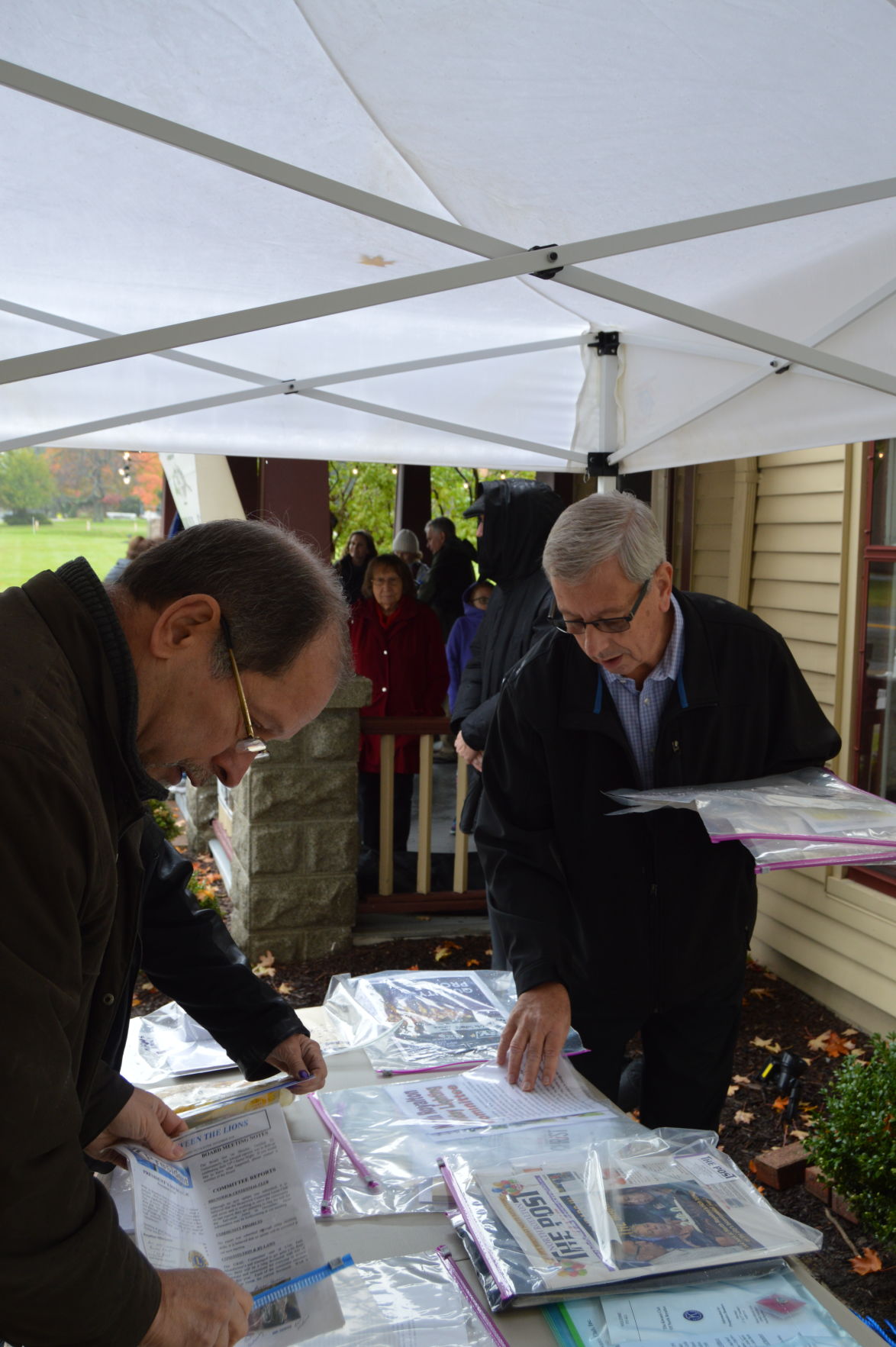 Council President Larry Antoskiewicz and Mayor Bob Stefanik sort the items in preparation of the ceremony while a crowd forms in the background. 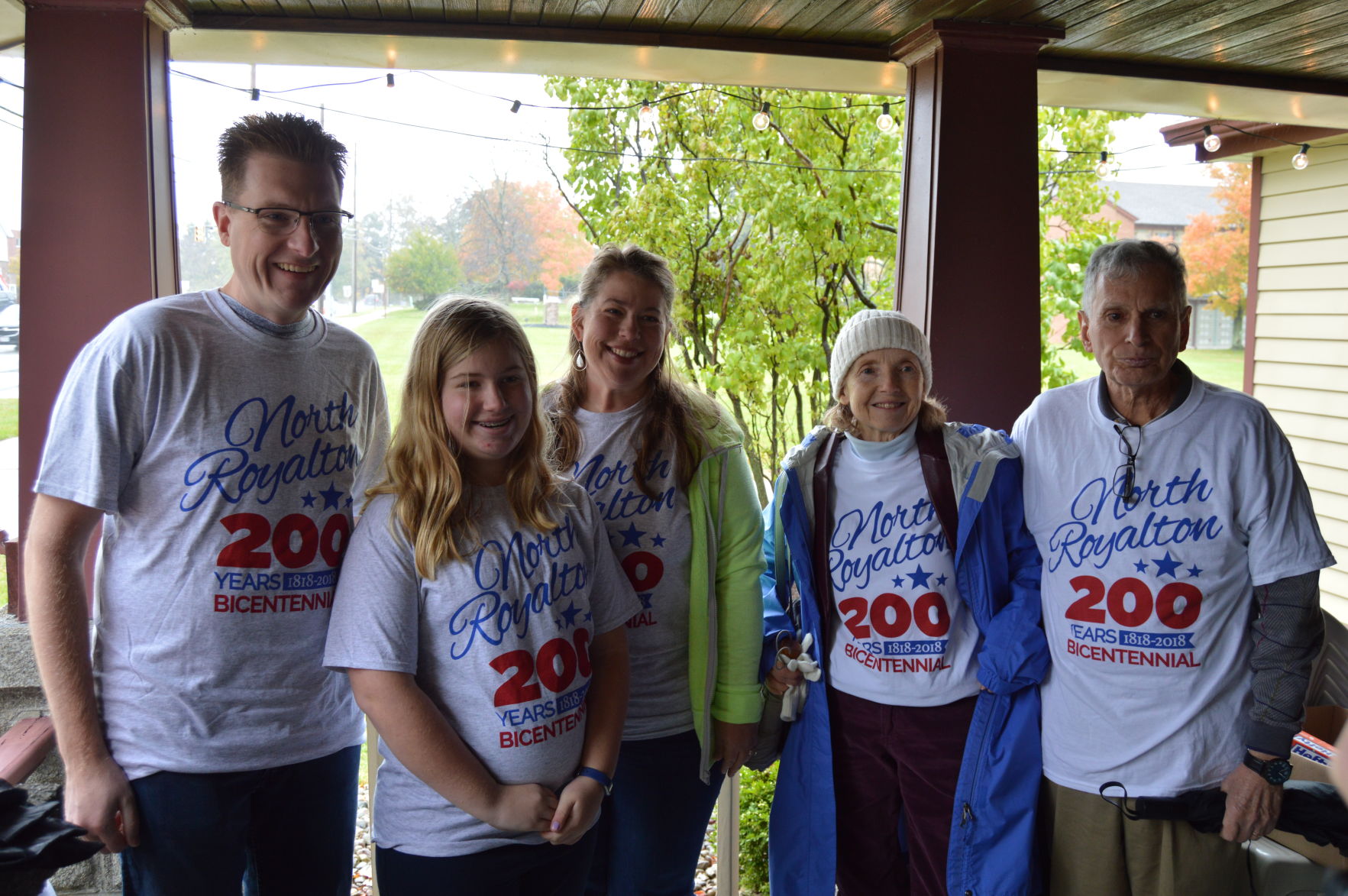 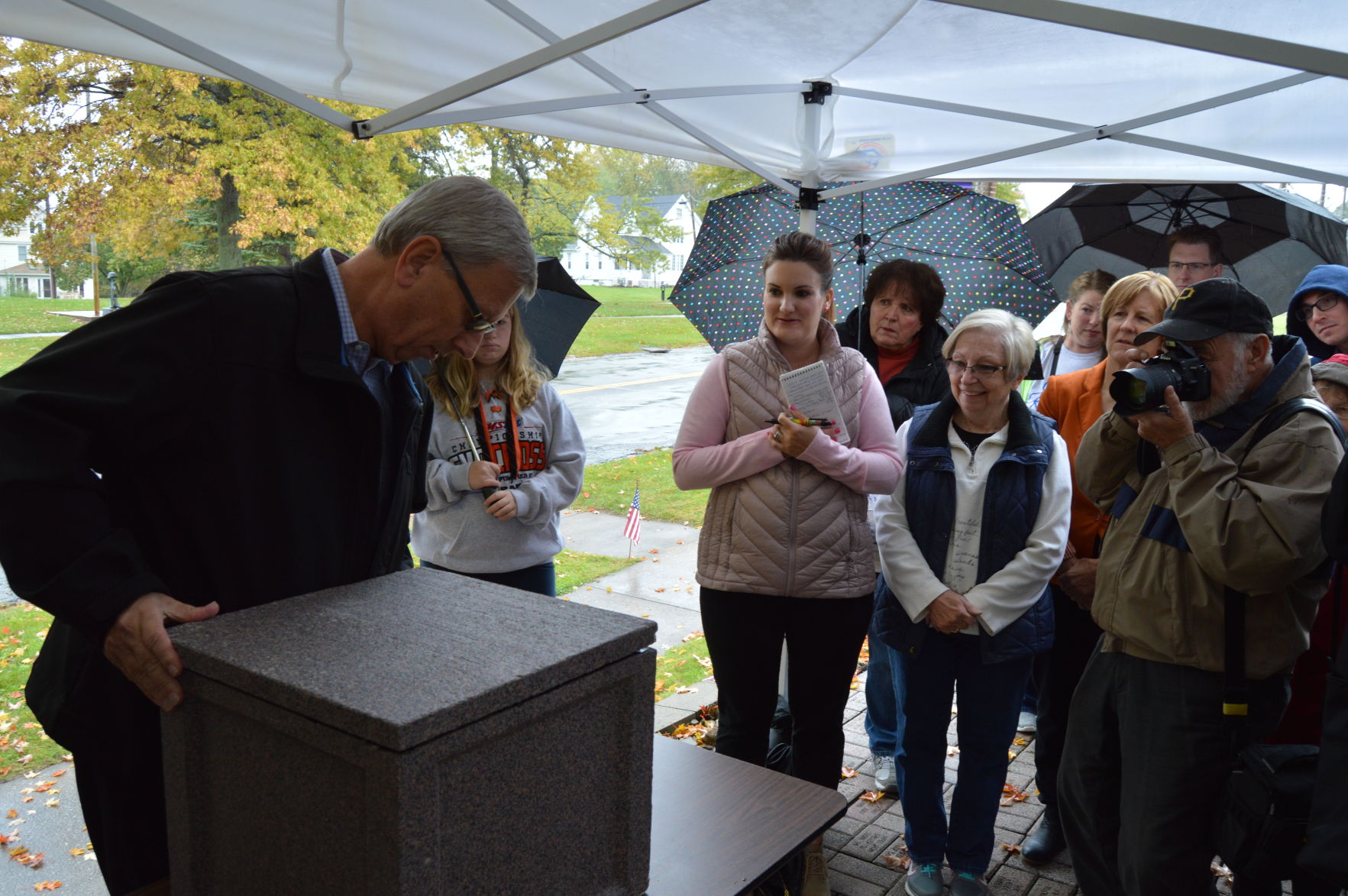 The crowd watches as Mayor Bob Stefanik seals the bicentennial time capsule, locking a snapshot of 2018 inside. Photos by JAIME ANTON
PREVIOUS IMAGE


NORTH ROYALTON – The community gathered together to watch as history was made.

On Oct. 27, North Royalton had a date with history.

On the city’s 200th birthday, a time capsule, donated for the occasion by Jim Busch, Mark Busch and Bill Babitt of Busch Funeral and Crematory Services, was filled with items from today to be opened by the residents of tomorrow in 50 years from now.

Representatives from each of the city’s clubs, civic groups and newspapers contributed items.

For many, it was joyous yet sobering, knowing that many of those gathered for this once-in-a-lifetime experience will not be here when the capsule is opened on the sestercentennial.

“I’m putting in a picture of my granddaughters. I hope they will be here for the opening in 50 years. Maybe they can push me up in my wheelchair, we’ll see how that goes,” Stefanik, 63, chuckled.

“This is a little like a funeral in advance,” Nicholas Phillips, director of the Community Emergency Response Team, thought aloud. “I know I won’t be here when it’s opened. Hopefully my grandchildren will know about it and come up and take a look.”

At just 19, Anton Krieger is the youngest member of the North Royalton Historical Society, so he realized he would likely be leading the time capsule’s opening in 50 years.

“That will be my role,” he smiled.

Bev Phiel, secretary of the North Royalton Historical Society, has lived in North Royalton 72 years and said she was there for the sesquicentennial time capsule, buried in the ‘60s.

“And now I get to enjoy the next 50-year celebration,” she said, referring to the bicentennial. Unfortunately, not long after it was buried in 1969, it had to be unearthed and relocated and was never found this year.

Someone even made a joke about not losing the latest one.

“We have GPS coordinates,” Ward 3 Councilman Langshaw, a North Royalton Historical Society member, said. “We’re not going to lose this one.”

“I hope my grandchildren will be present when this is opened because they live here in North Royalton. Nothing is the same in 50 years,” Phiel said, thinking ahead to the capsule’s opening years from now. “It’s not the same as it was in 1968 to now. But I hope this is still a community that looks after each other.”

Eve Kolbus is another longtime resident.

“I think this is a great occasion to celebrate 200 years for the city, and boy, has it grown. I have been here 50 years and can’t believe the difference but it’s all for the good,” she said.

School Board member Heidi Dolezal, on behalf of the schools, put in a current copy of the district’s Quality Profile as well as keepsakes like pencils and shirts from each of the five schools.

Ward 4 Councilman Paul Marnecheck thought outside the box and wrote a letter to whomever holds his seat in 50 years.

“I included some of the projects we are working on so that person can say, ‘yeah we got that done’ or ‘nope still working on it,’” he said.

The North Royalton Historical Society put in a bicentennial shirt and pennant and a nod to the past with a sesquicentennial coin.

The very last item to be included, which will be the very first item removed when the capsule is next opened, was a bible from Royal Redeemer Lutheran Church.

“I think that’s very fitting,” the mayor said, placing it in.

The capsule was then sealed, placed into the ground and guests had a chance to shovel dirt on top. Its resting place is marked with engraved bricks in the memorial brick section of the North Royalton Historical Society house on Ridge Road.

Langshaw’s oldest son Henry, 11, said he wants to be there when the capsule is opened in 2068.

“It was cool to be a part of history with my dad,” he said. “I hope to come back in 50 years, with my little brother Derek and my dad, to be there when the time capsule is opened.”