Rising from the ashes
Planning commission approves rebuild after 2017 fire 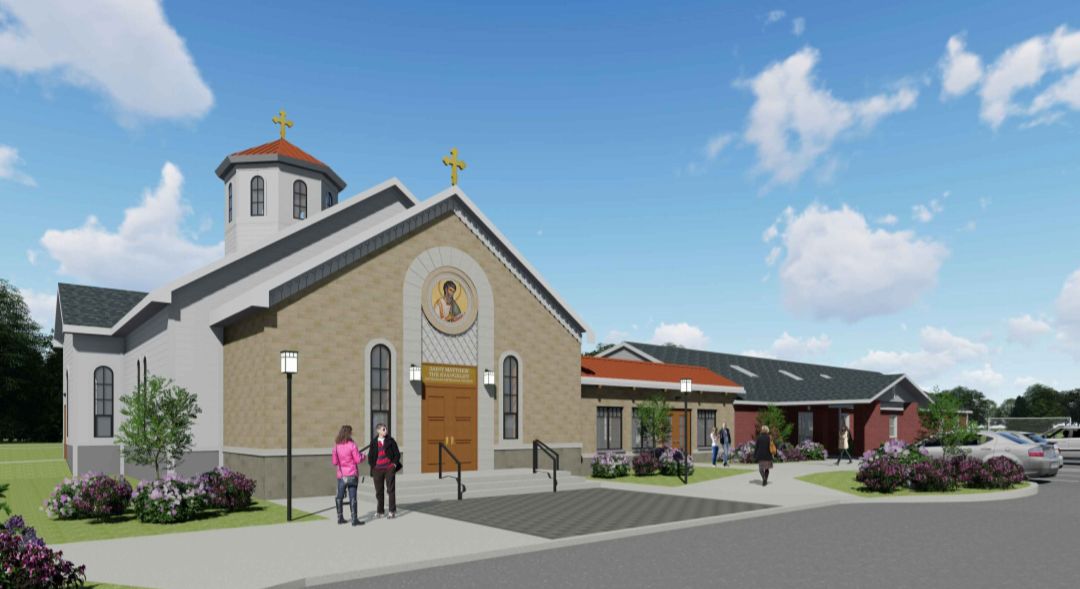 This rendering shows what the front entrance of St. Matthew’s new temple to the left, new breezeway in the center and the renovated fellowship hall to the right will look like once completed later this year. Submitted rendering 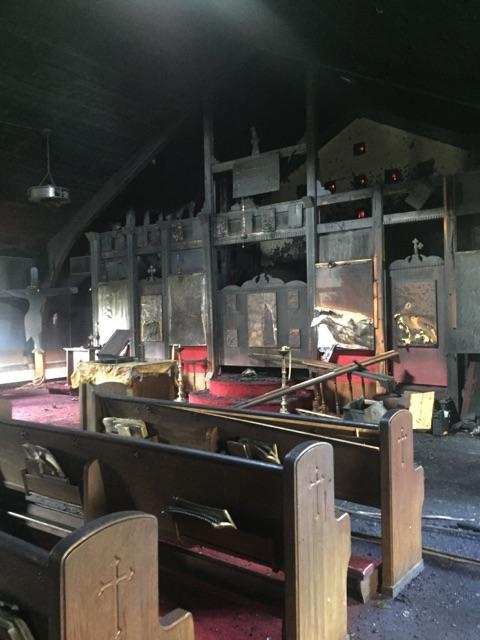 This photo submitted by a parishioner shows the extensive fire and smoke damage the church’s temple sustained during the Nov. 11, 2017 blaze. File photo
PREVIOUS IMAGE


NORTH ROYALTON – Firefighters are in the business of rescuing more than just people; they also save pets.

This is something Dr. Adam Hechko, owner of the North Royalton Animal Hospital, appreciates. Hechko’s mission has long been to foster the bond between families and pets but also to give back to the community any way he can. So, it was no surprise that Hechko gifted the North Royalton Fire Department a box of pet oxygen masks April 3.

The department uses these masks to help pets recover from smoke inhalation at the scene of a fire. These masks can be used for dogs and cats but also birds and any other small animals.

“I’m always looking for ways to give back to the community that gives so much to us. Helping the community beyond the four walls of our building is important to me,” Hechko said.

The department has had to use these masks over the years and will also be able to use them in other communities when they provide mutual aid assistance to other departments.

Assistant NORTH ROYALTON – One local church is rising from the ashes.

St. Matthew the Evangelist Antiochian Orthodox Church appeared before the North Royalton Planning Commission seeking building and site plan approval for the construction of its 4,107-square-feet building that will include a new temple, narthex and breezeway that will connect the future church to the existing fellowship hall. The new design will also include a new front entrance and a new courtyard space between the sanctuary and hall. The building’s exterior is designed to reflect a traditional orthodox temple.

The church, located at 10383 Albion Road, was forced to close its doors after a fire ravaged its temple in November of 2017.

The day of the fire, the Rev. Andrew Harmon was in his church office when he heard smoke alarms sound. He walked into the sanctuary and was confronted by fire. He attempted to douse it with an extinguisher but it was too involved.

The fire is believed to have originated in the vestry next to the altar where robes and garments are stored, possibly due to a faulty fixture.

Several North Royalton churches reached out to St. Matthew in the wake of the fire offering space for worship, materials and prayers. Since the fire, the congregation has worshiped at several sites: the former North Royalton United Methodist Church and Christ the Saviour Orthodox Church as well as Yurch Funeral Home and the American Legion hall, both in Parma.

The church currently meets at a closed Lutheran building on Memphis Road in Brooklyn.

“It’s been good but it’s not home, and we are eager to get back to North Royalton,” Harmon said.

The church hall renovation is already underway and should be completed in the summer sometime, and the temple construction will begin this summer and reopen by the end of the year.

The hall had to be completely stripped but is being redone on the same footprint, and the former temple or worship space is where the fire occurred and had to be razed, so this will be a new construction making the church somewhat bigger than it was.

Harmon said the experience has definitely been a blessing in disguise.

“Sometimes we go through trials and tribulations but at the end of the day, you get through it stronger. Our people have stayed together and we are even picking up new people along the way, which has been good,” he said.

Ward 3 Councilman Dan Langshaw attended the planning meeting and said it is great to see the church making a comeback.

“It was unfortunate, the fire in 2017, but I am excited to see St. Matthew Evangelist Church here in Ward 3 rise from the ashes to rebuild with a beautiful new church and for their entire congregation to be able to return back home to our city,” he said, after the meeting.

Harmon said the goal is to do some sort of opening ceremony and celebration when the project is completed. Chief Tom Habak brought his dog Dottie, 2, to demonstrate how the masks work.

The fire station was grateful for this gift of life.

“Dr. Hechko’s donation better enables us to take care of our residents and their pets,” Habak said. “This is definitely the best device to use where the animal will receive the best benefit from it.”

“In the event of an emergency, anyone can be rescued from a house fire, including animals,” Firefighter Isaiah Hernandez said. “With this donation from Dr. Hechko, it’s greatly appreciated, and we can better serve our community and pets. Pets are family.”