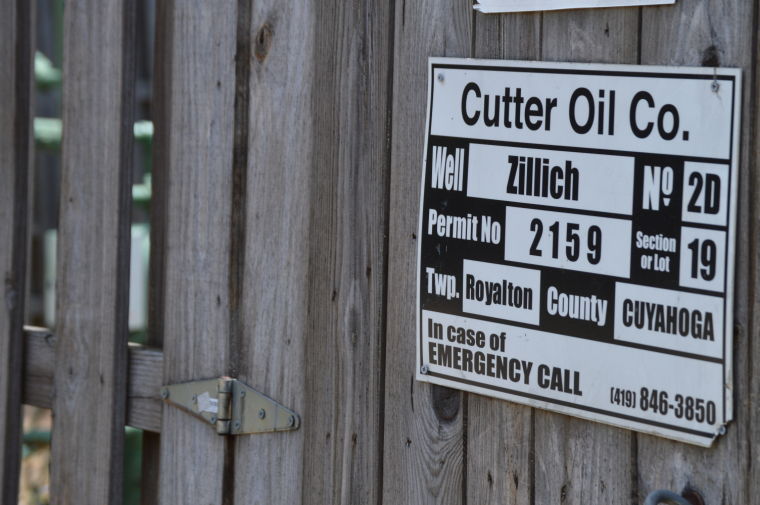 Cutter Oil Inc., a holding of the Cutter Oil Co., and its 11 wells in North Royalton have been acquired by EOS Energy, LLC, headquartered in Columbus. File photo by JAIME ANTON
PREVIOUS IMAGE


NORTH ROYALTON – City officials say one of the Cutter Oil Co. holdings is getting out of the oil business, at least in North Royalton, and they couldn’t be happier after years of issues.

EOS Energy, LLC, a company headquartered in Columbus, has acquired Cutter Oil Inc. and its 28 wells, 11 of which lie in North Royalton. The Cutter family is reportedly still operating Cutter Oil, LLC.

When Mayor Bob Stefanik announced the news at the Sept. 18 City Council meeting, a few council members even erupted in applause.

Stefanik said he too is delighted Cutter is leaving town.

“Knowing what we know now how they operated their business and fabricated oil royalty estimates to the city of North Royalton and the residents who signed their mineral rights over to them, all I have to say is good riddance to Cutter,” he said. “They have been nothing but a headache with the lack of maintenance of their oil wells, the several accidents that took place over the years and the basic appearance of their well sites. Good bye, good riddance.”

“It is great news to hear Cutter Oil is getting out of the oil business in North Royalton,” he said, “and it is my hope the new company maintaining their wells will be much more responsible and put the safety of residents first versus financial profits.”

City officials have been in contact with EOS Energy and say they are hopeful it will be more responsible and responsive to the needs of the public and the city.

John DiFrangia, a managing member of EOS Energy, said the company is looking forward to a great working relationship with the community.

“We look at our landowners as business partners. Our goal is to be good neighbors,” he said.

The city and Cutter have had a rocky relationship.

There have been evacuations, oil well burps and the infamous Valley Vista Elementary incident where a rod spontaneously ejected from the well near the school several years ago. Most recently there have been oil spills at Cutter sites in Royalton: one in 2011 on Mercury Drive that spilled 1,000 gallons total and a second in 2017 that spilled 1,050 gallons in the Whispering Woods development.

Inspections of all wells in the city conducted by the Ohio Department of Natural Resources prior to and following the spill last year found them to be in working order with only minor issues flagged.

And, for years the city was entrenched in a legal battle to prevent Cutter Oil from forcefully using city land necessary to complete a drilling unit in the Planets subdivision. This dispute eventually ended up in the 10th District Court of Appeals of Franklin County which affirmed the Franklin County Common Pleas Court ruling in favor of the city that safety, and not merely economics, should be seriously considered and that money alone cannot be the sole consideration in determining whether or not an oil well lease offer is just and equitable.