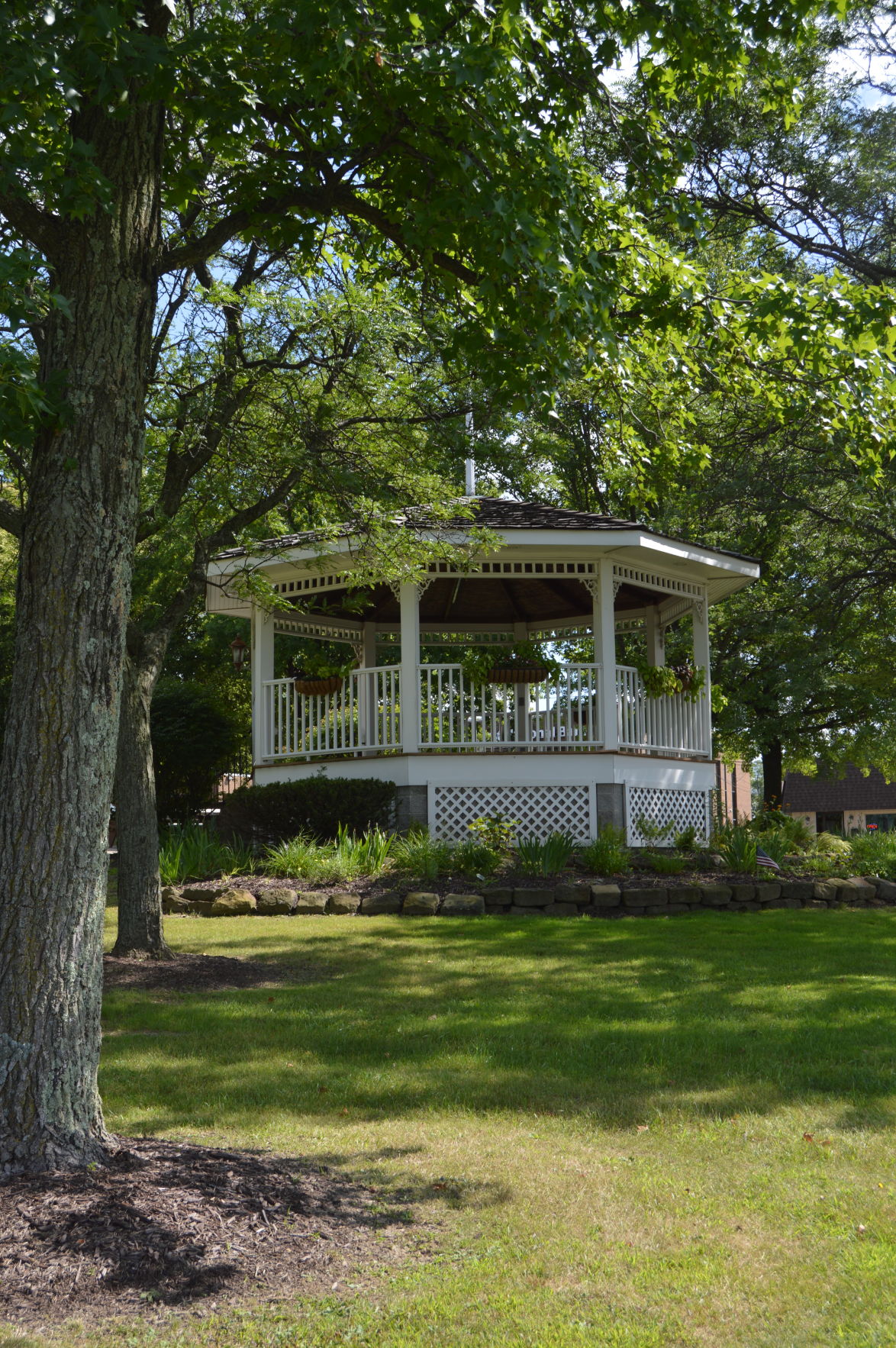 The City Green will be receiving an Ohio Historical Marker and the funding for this sign. File photo by JAIME ANTON
PREVIOUS IMAGE


NORTH ROYALTON – The City Green has served as the heart of the community from the very beginning and now that rich history will be etched in stone for future generations to see.

For months Ward 3 Councilman Dan Langshaw, a trustee of the North Royalton Historical Society, has been researching history and formulating the text to not only secure a formal Ohio Historical Marker for the City Green but also the funding to pay for it.

After a second try at funding, those efforts have paid off.

On Sept. 18, the North Royalton Historical Society was notified its application for an Ohio Historical Marker for “The Green Heart of North Royalton” was accepted by the Ohio History Connection (OHC), which oversees the state historical marker program, and that the William G. Pomeroy Foundation has awarded up to $3,040 to pay for the standard marker, similar to the one in honor of John Shepherd that stands at the North Royalton Cemetery.

According to the OHC, 70 applications were received this year from across the state and 27 were accepted into the program, including North Royalton’s.

The OHC will be working between October and June to review historical sources and the marker text, “ensuring historical accuracy, economy of language, readability and relevance for readers of the marker today and in the future”, according to a letter from the OHC. Once this has been reviewed and any changes made, the process moves on to production.

The hope is to have the marker ready in time for a dedication ceremony possibly during the North Royalton Community Festival in August 2020, but this is dependent upon the historical marker process, which is often a lengthy process taking the bulk of a year.

The marker will be located on Ridge Road across from the North Royalton Historical Society.

Langshaw said the demolition of the old city hall in 2017 spurred him to make this marker a reality.

“Like many other residents, I found myself saying I wish we could preserve all the history here on the City Green. So that began a mission of mine to do just that a few years ago. I have spent countless hours researching historical documents and various archives. I drafted the wording for the marker, which shares some of the historical facts behind the City Green like how it formed, what it’s been home to over the years,” he said.

The City Green is truly a historical place, and Langshaw said he didn’t want to see that history lost over time.

Just seven years after Royalton Township was born, the City Green was established in 1825 when landowner John Watkins sold 5 acres bounded by Ridge, Royalton and Bennett roads, so the township could have a cemetery, public square and place for public buildings.

It served as the center of government for 187 years from 1827-2014, when it was home to city hall. Over the years, the City Green has housed churches, a school, a library, a cemetery and the city’s safety forces.

Today, it is a hub of community. It’s where residents unite to celebrate community spirit at the various events hosted here: the National Day of Prayer in May, the Pet Carnival in July, home days in August, the Harvest Fest in September and the Holiday Lighting Ceremony in late November or early December. And, the Green has been home to the North Royalton Community Festival for nearly 100 years.

“All that history will finally be properly preserved for generations to come,” Langshaw said.