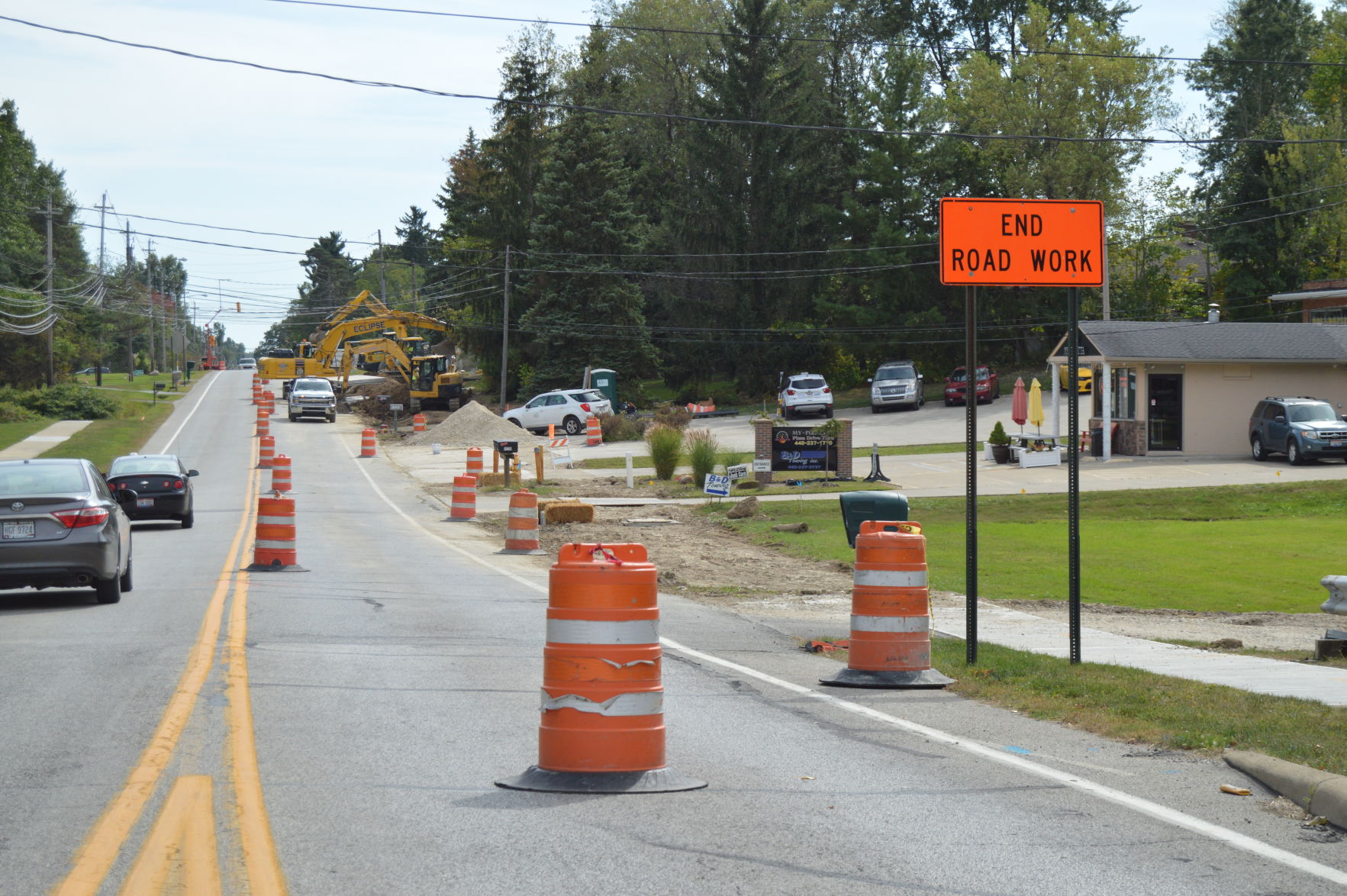 Work to install sidewalks along State Road, where they leave off here (to the right) just south of state Route 82, down to the Memorial Park complex is underway. Photo by JAIME ANTON
PREVIOUS IMAGE

Motorists have likely noticed earth moving on the western side of State Road in front of city hall.

Ditches along that section are being enclosed first, which was expected to wrap up at some point this past week. Once this is complete, grading was expected and then pouring concrete for the sidewalks, which run across from Trumpeter on the western side of State to the Memorial Park driveway.

The project is being overseen by the Ohio Department of Transportation and the contractor is Eclipse.

Mayor Bob Stefanik said it took longer than anticipated but it is worth the wait.

“Unfortunately, it took longer than anticipated due to a lengthy review and the fact that this incorporates stormwater upgrades within the project,” he said. “City hall is looking forward to connectivity between the schools, the center of town and the Metroparks.”

Two years ago, the city received grant funding in the amount of $108,000 through the Northeast Ohio Areawide Coordinating Agency’s Transportation for Livable Community Initiative (TLCI) to put toward the project.

The project was bid out by ODOT earlier this year and bids came back higher than anticipated at approximately $252,000, so the city is using the $100,000 in grant funding it was recently awarded for sidewalks between Memorial Park and Akins Road to cover the shortfall.

“The administration will reapply for funding for sidewalks from city hall to Akins Road and should hopefully get the money for that portion next year,” said City Engineer Mark Schmitzer said.

Last year, the city was also awarded $141,000 in TLCI funding to extend the multi-use asphalt path on Bennett Road, which currently ends at South Akins Road, to the Valley Parkway, fully connecting state Route 82 to the Metroparks’ all-purpose trail.

That funding was for a 10-foot wide path. Schmitzer has submitted a plan to ODOT and NOACA requesting the path revert back to 8 feet because of site constraints and cost.

There is no update on this project as of yet, and officials have said it likely won’t be installed until next summer.

Earlier this year, the city, through efforts led by the mayor and orchestrated by the service department, was also able to close a 350-feet gap in sidewalk on the east side of Ridge Road between Willowlake and the Valley Parkway, providing a complete connection between state Route 82 to the Metropark’s all-purpose trail.

Alternative funding sources like these are being attempted first to pay for sidewalk projects that tie in to the locations that have the most impact, i.e. the towne center and Metroparks’ trail.

“John and I and the mayor have worked on this since 2008, recognizing the need for a sidewalk in front of a park. This is the first piece of the puzzle to take sidewalks all the way down to the new elementary school,” Kasaris said.

The genesis for him was a tragic situation, with eerie similarities to North Royalton, where an 11-year-old boy was riding his bike on a street and was hit and killed by a drunk driver on State Road in front of Memorial Lake Park in the city of Norwalk when Kasaris was law director there.

“After he was killed, the city put a sidewalk in. Parks are an attraction, and we have to have a safe way to get people there. Kudos to the mayor for getting it done. I’m proud something we worked hard on is becoming a reality,” he said.