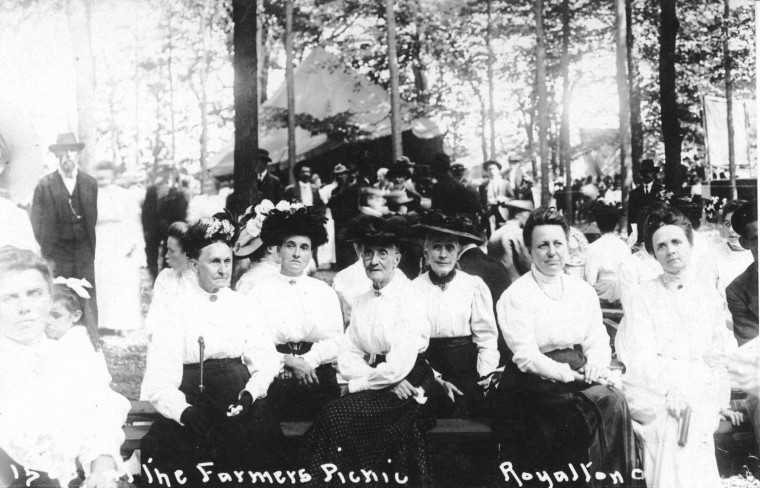 The Farmers’ Picnic, the precursor to today’s community festival, dates back to 1884 when farmers would get together on someone’s property in the woods or the groves to share food and visit. It’s a tradition that continues today where residents still gather together to catch up over food at the festival on the City Green. File photo courtesy of DIANA EID RHODES 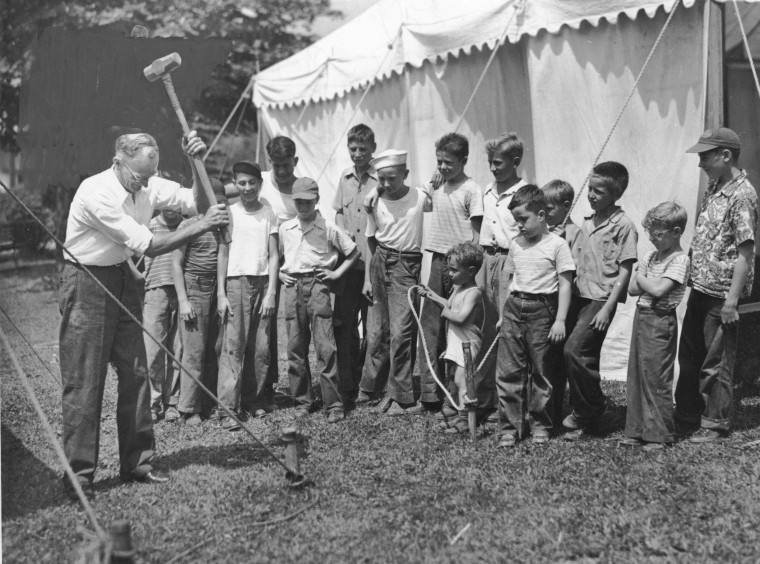 The late Mayor Lester Edgerton shows the boys how to set up tents for the 1947 North Royalton Community Festival. File photo courtesy of DIANA EID RHODES 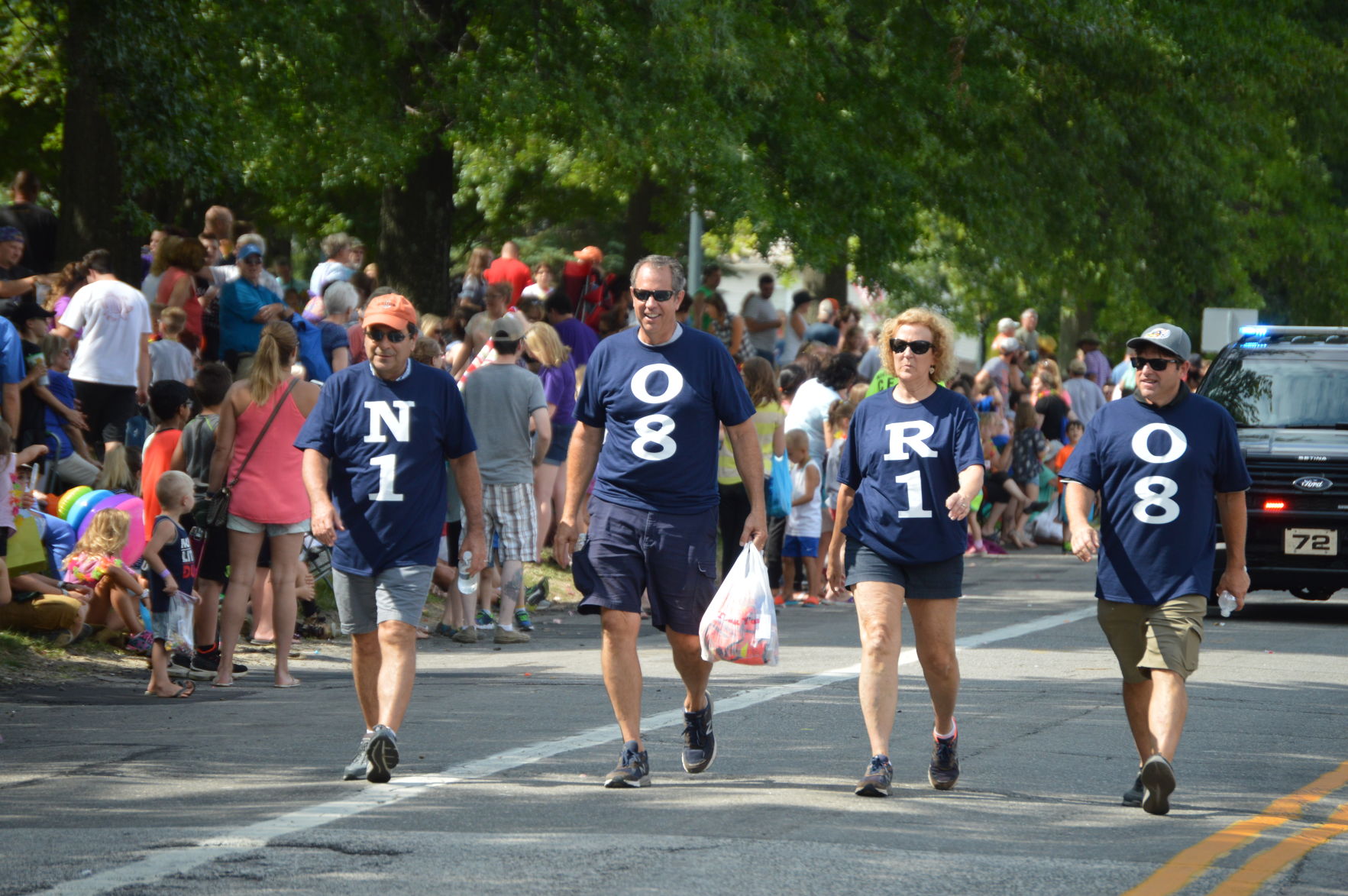 These shirts said it all and were the perfect caboose to the North Royalton Community Festival Parade last year during the bicentennial celebration. A great deal has changed in 200 years but much has stayed the same as the community gears up to continue its 135th tradition of celebrating NoRo at the annual North Royalton Community Festival on Aug. 23-25. File photo by JAIME ANTON 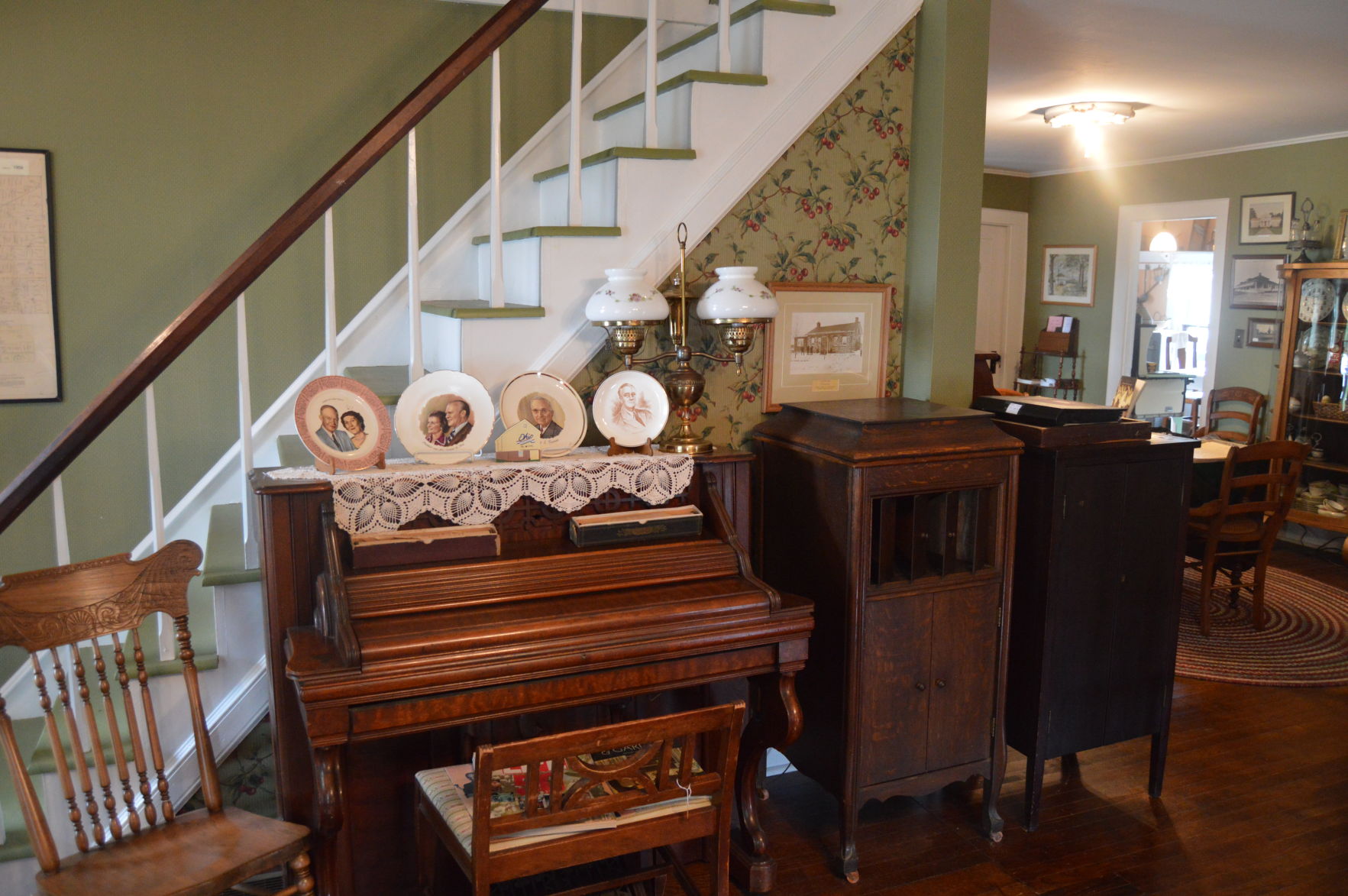 The inside of the Smith-Rutledge House and James Buckingham Museum, home to the North Royalton Historical Society, is a portal transporting visitors back in time. It will be open for tours during the community festival. File photo by JAIME ANTON
PREVIOUS IMAGE


NORTH ROYALTON – With 200 years under its belt, the city has begun moving into the next 200 years and the future never looked brighter, but it’s always good to remember the humble beginnings.

Last year was a historic year. North Royalton celebrated its 200th anniversary with a month of festivities and a time capsule was buried on its birthday, Oct. 27, that is to be unearthed in the city’s 250th year, the sestercentennial.

Royalton’s almost 201 years have been packed full of rich history that should be remembered and honored. With the 135th North Royalton Community Festival next weekend, now is a great time to take a trip down memory lane.

The Historical Society’s “1818-1968 Sesquicentennial Book” is brimming with history.

In 1811 the first settlers moved to what would become North Royalton. Prior to 1818, Royalton was under the jurisdiction of Brecksville, but on Oct. 27, 1818, North Royalton’s roots were planted when it withdrew to become Royalton Township. The first township meeting was held at the home of Robert Engle on Nov. 9 that same year. Engle was married to the daughter of the famous North Royalton war hero John Shepherd who fought alongside George Washington in the Revolutionary War. Shepherd was 118 when he died and is buried in the North Royalton Cemetery.

At that meeting, Engle and David Sprague – think Engle Road and Sprague Road – were made judges of elections.

For just a gallon of whiskey, Sprague and his brother Knight won over town leaders who agreed to name Royalton after their hometown of Royalton, Vt. Knight built the first town hall in 1827.The word “North” was added in 1885 due to another Royalton in southern Ohio.

Royalton Township was incorporated as a village and an election to decide village officers was hosted April 4, 1927. Lester Edgerton, who would later go on to be the longest serving mayor of the city serving from 1930-1968, was elected a councilman. The first council meeting was hosted June 14, 1927.

Royalton was originally a dairy community. These neighbors began a tradition in the late 1800s that we carry on today.

The old Farmers’ Picnic first started in 1884. It evolved into the community festival we celebrate today. It is not known who organized it or even where it was hosted that first year, but this one-day event became something farmers and families looked forward to annually.

Early settlers would invite relatives and neighbors to fellowship together in someone’s woods or grove – Martin’s Woods at Akins and York roads; Akins Grove at State and Akins roads; or Boecher’s Grove, the Royal Ridge Picnic Grove, on Ridge Road. It marked the end of the harvest season and was an opportunity for residents to catch up, as it might be the one time a year neighbors would see each other.

Guests would begin arriving the morning of the picnic by buggy, wagon, horseback or bicycle. Horses were hitched to trees. “A picnic basket for yourself and something to pass,” was the one request of guests.

The festival is much different today but the heart of the event remains the same — a community reunion of sorts where neighbors, friends, relatives and coworkers can reunite.

“The times may have changed, the city’s landscape looks somewhat different, but we continue to be a city of neighbors who get together once a year to break bread, catch up and make memories during home days,” Mayor Bob Stefanik said. “There’s a strong sense of community during that weekend and I believe that’s what we all enjoy about the community festival.”

Ward 4 Councilman Paul Marnecheck said home days is the one tie that binds the North Royalton of the past to the present.

“Home days stretches across generations,” he said. “If I met my predecessor from 100 years ago, we would have very little in common except home days. If I met the people who built my house, we were experiencing two different things except home days and the Shake Shoppe. Even though everything else is changing, home days is a constant.”

Residents can take a step back in time and see Royalton’s history in person at the North Royalton Historical Society house, located at 13759 Ridge, which will be open during the community festival. Hours will be Aug. 23 from 6-9 p.m. and both Aug. 24-25 from noon to 6 p.m. There will be random drawings for free bicentennial T-shirts and pennants for those who come and register.